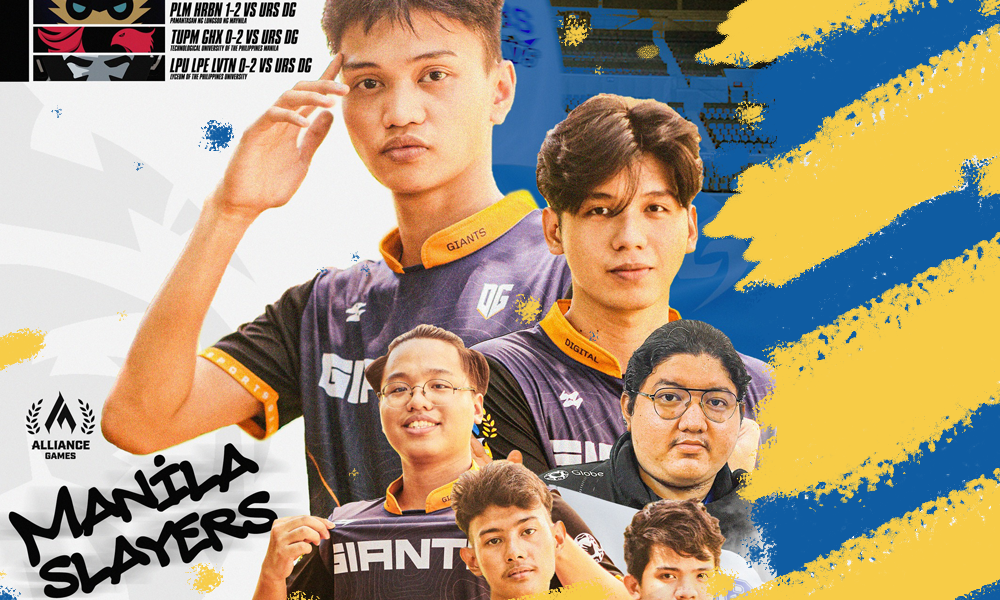 The second matchday of the AcadArena Alliance Games Wild Rift Split 2 playoffs saw another series of sweeps last Friday, November 18. One team, the University of Rizal System Digital Giants stood in the middle of all the noise. Dubbed by AcadArena as the “Manila Slayers”, the team slid their way into the lower bracket final by sweeping both the Technological University of the Philippines Gearhawks Esports (GHX) and the Lyceum of the Philippines University Pirates Esports (LPE).

The Digital Giants did not take the easy road to the Alliance Games Wild Rift Split 2 playoffs. They met their first loss during the group stage in the hands of fellow AcadArena freshman organization National University Fairview Solari (NUFV). The team lost 1-2 and found themselves in the lower bracket, facing off against staple AcadArena names such as the University of San Jose-Recoletos Jaguars (USJ-R) and the University of Santo Tomas Teletigers (UST).

They would then go on to face NUFV in a rematch during the lower bracket final, where they would emerge 2-1 victors. They swept Bulusan State University Golden Gears (BulSU) and made their way into the lower bracket of the playoffs. 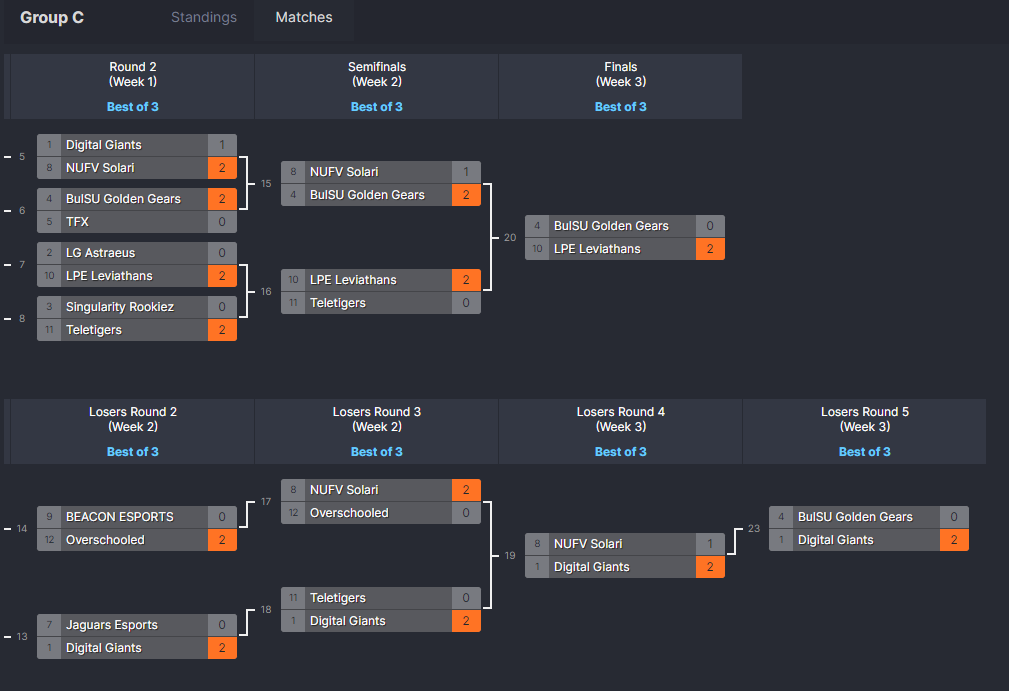 Bruising up the Rift

The Digital Giants rode on the shoulders of the current bruiser meta — four bruiser champions with strong engage and survivability — rounded up with an Ability Power Carry (APC) to help peel the enemies’ frontlines. 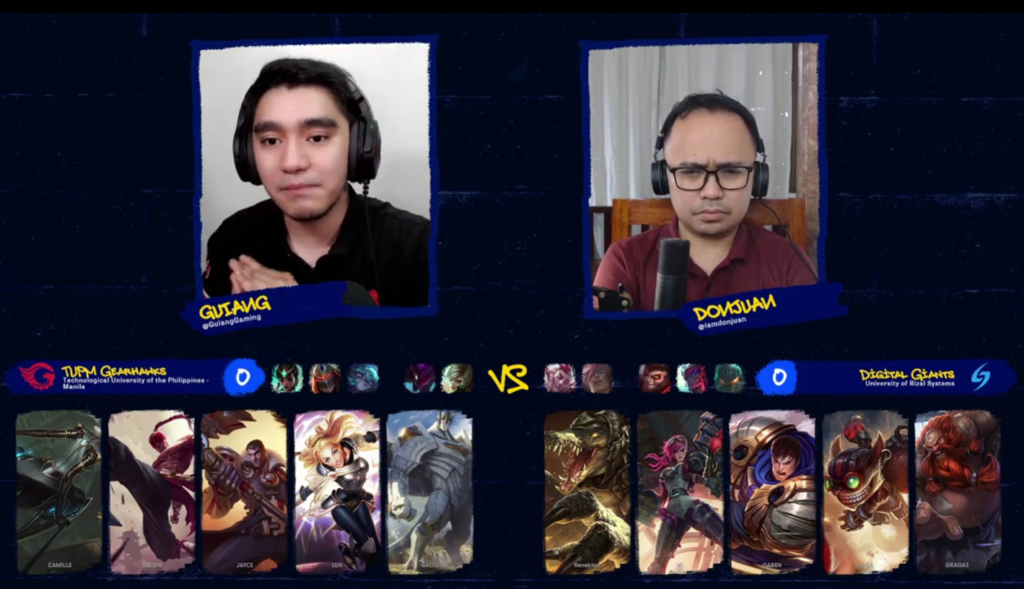 The bruiser meta is already being picked up by other teams, but the Digital Giants have already mastered the craft. (AcadArena)

The bruiser meta has been strong throughout the last few patches, thanks to their natural tankiness and high damage output. These stats, coupled with Armor and HP regeneration items, help bruisers dominate games. Champions like Sett, Gragas, and Shyvanna offer a lot of damage and crowd control, while also being able to act as formidable frontlines for their team. A four-piece bruiser setup would not only be an impenetrable wall, but also a ravaging battering ram to crush the enemy’s own walls.

This meta forced teams to play a war of attrition— extended teamfights were more common unless you had burst champions like Vex who filled in the role of the team’s main damage dealer. This lineup is what the Digital Giants frequently ran, an APC Vex or Ziggs who peeled the enemy tanks while staying in the confines of a four-bruiser wall. However, this bruiser-heavy composition that the team ran would often have a slow start. The team’s early game was usually slow, relying mostly on ganks by their jungler, Justin ”Hysteresis” Lansang. But as their recent performances have shown, the late game is where they shine.

Will the Digital Giants continue their onslaught this #ALLG weekend? Will they finally fall into the hands of Manileño team FEU Institute of Technology (FIT), or will Kapampangan pride Holy Angel University (HAU) stop them in their tracks?

Mikee Quintos loses her passport while in South Korea