Blizzard to bring back Overwatch Cup in 2023

After its 3-year long break, Blizzard has confirmed the return of one of its biggest annual esports tournaments, the Overwatch Cup, back and promised to bring a bigger competition than ever before.

A post from Blizzard’s official website featured the roadmap of the competition, which consisted of 3 major stages detailing the tryout programs to the Group Stages in Fall 2023. The details are as follows:

Aside from the regular tryouts, players can compete for a spot on their team through the open tournament, the World Cup Trials, that is to launch on Feburary 2023. Victors of the World Cup trials are afforded a direct spot of the tryouts for the team.

The month of March marks the beginning of the regular tryouts hosted by the chosen competition committees and also the final selection of the country or regional team chosen to compete for the Overwatch World Cup 2023. Blizzard ensures that the team choices will uphold the competitive integrity of the tournament.

In June, the  Overwatch World Cup qualifiers will take place through a regional online competition, narrowing down 36 teams to 16 for the next phase of the tournament.

The 16 qualifier teams will proceed to the LAN (local area network) Group stage playing against each other in a round robin format. The top 8 teams will compete in a single elimination bracket and then crown the first Overwatch World Champion and Medallists since 2019. 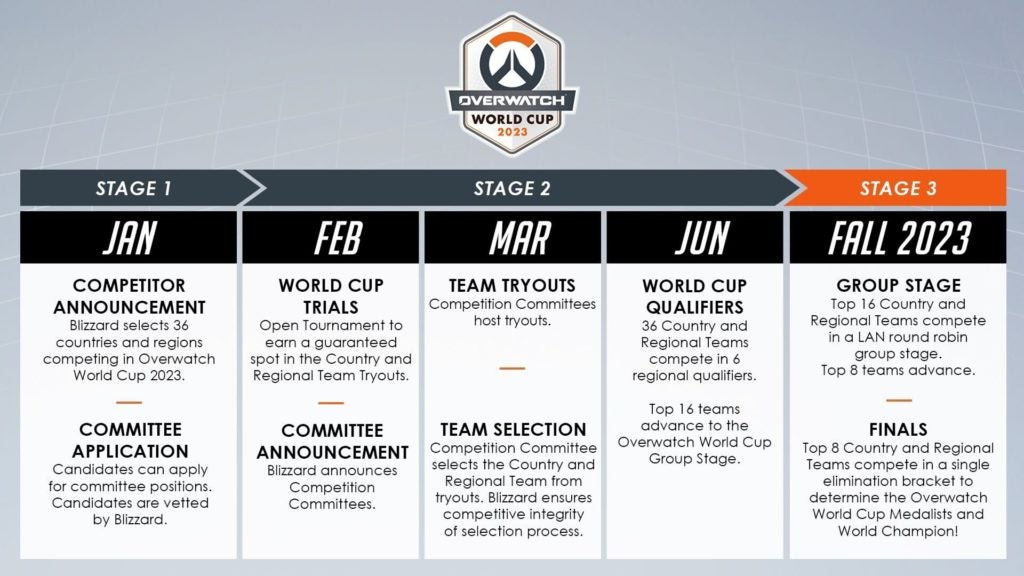 Blizzard has assured that the Overwatch World Cup Group Stage will still follow COVID-19 regulations to ensure a safe playing environment for all its participants and audiences. 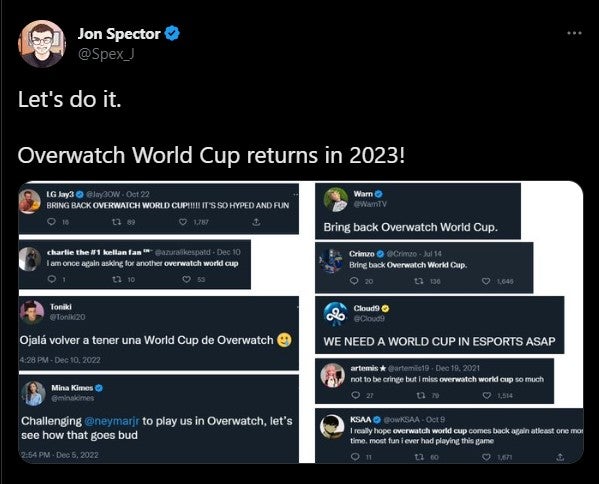 The Overwatch World Cup was the biggest Overwatch annual event. At its peak, it garnered 2.1 million viewers that established the game as a major esports title for Blizzard. However due to the worldwide lockdown caused by the pandemic, Blizzcon and other such events were put on hold indefinitely. The Overwatch World Cup 2023 will be the first international tournament for the title post- pandemic.