Blacklist Dota 2 debuts in DPC with a win 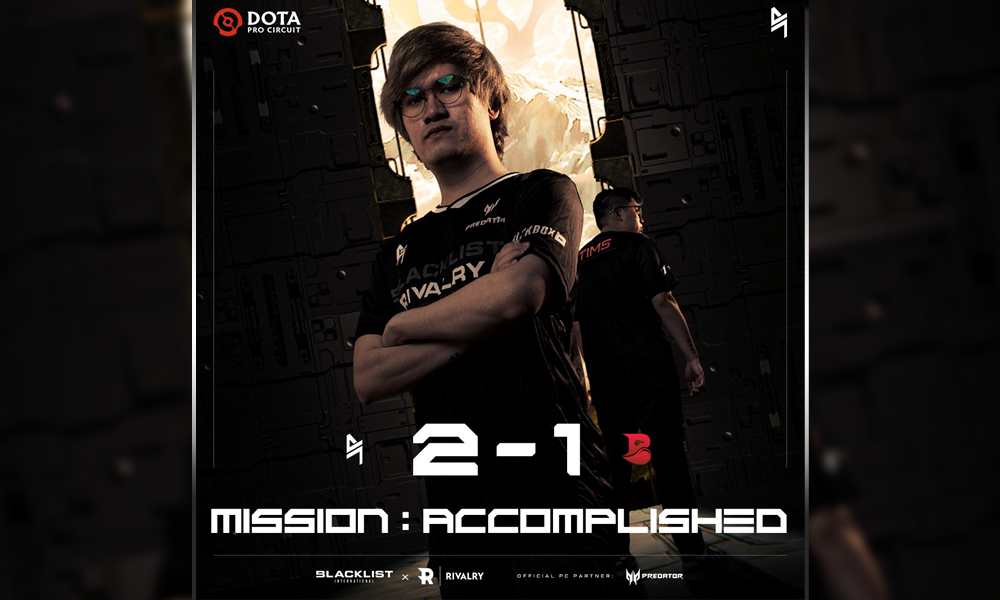 Filipino Dota 2 team Blacklist Rivalry made a stunning Dota Pro Circuit debut after a win against Bleed Esports yesterday, January 9. The all-Filipino team came out with a 2-1 victory after a game 1 loss against the Singapore-based team.

We pulled off the reverse sweep and take the win in our DPC debut! 🖤

Game 3 was a die-or-die match, as both teams looked to make a strong debut in the 2023 DPC season. Blacklist Rivalry bared their fangs and made the opposition bleed, ending the game in a 29-16 win. Karl’s Tiny made a huge impact on the game, ending in with a record of 11-5-9.

This victory puts Blacklist Rivalry at the top 1 position in Division I of the SEA DPC Tour 1, tied with Team Execration and Geek Slate.  Meanwhile, Bleed Esports sits at the fourth position, tied with BOOM Esports and Team Fnatic.

The next set DPC games will be played on Wednesday, January 11 starting at 1:00 PM PHT.