The VALORANT 2023 circuit may have already started but the much-anticipated clash of all franchised teams will happen on this year’s first LAN tournament: Valorant Champions Tour LOCK//IN.

The first matches for LOCK//IN have been set! Find out who will be facing who in the biggest event in #VCT history.

From February 13 to March 4, 2023, the 30 franchised teams from the VALORANT Regional Leagues, plus two invited Chinese teams, will battle it out in VCT LOCK//IN which is set to happen in Sao Paulo, Brazil. Here’s the complete list of participating teams from each region:

The VCT LOCK//IN will have a single-elimination format (but future LAN tournaments will revert back to double-elimination brackets). Regions were then paired into 16 first-round match-ups, with each match-up consisting of two team slots. Bellow is the respective distribution:

Then, each team slot was assigned a random number from 1-10 to account for the 32 teams in attendance (Americas 1-10, EMEA 1-10, PACIFIC 1-10, China 1-2). Furthermore, according to Riot, teams from China were paired with team slots from the Americas and EMEA in order to ‘maximize geographically diverse competition’. 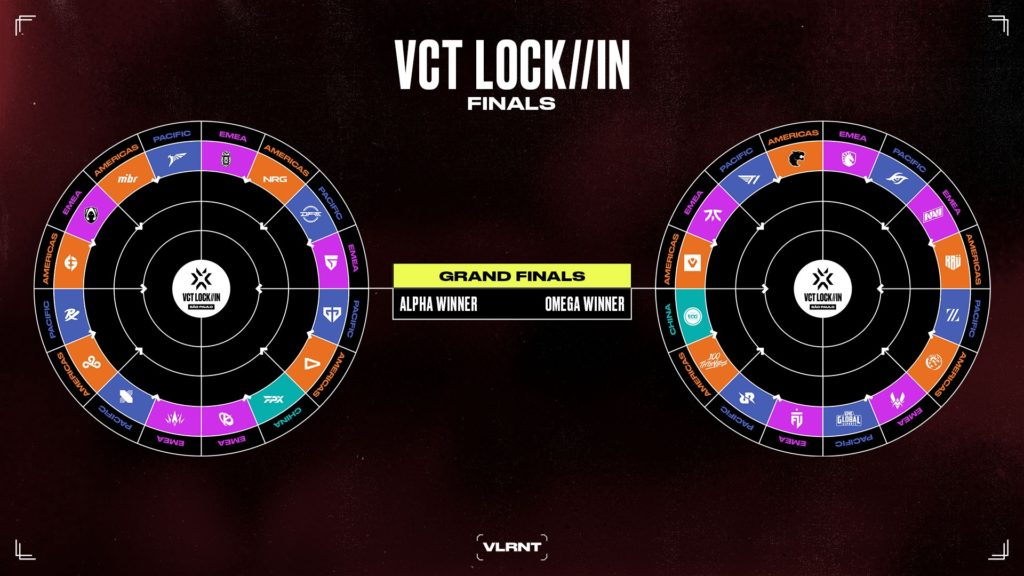 The 16 match-ups were distributed across two sides (Alpha and Omega) of the single elimination bracket to maximize inter-regional matches for the first two rounds.

With the teams locked in, here’s the schedule for each matchup: 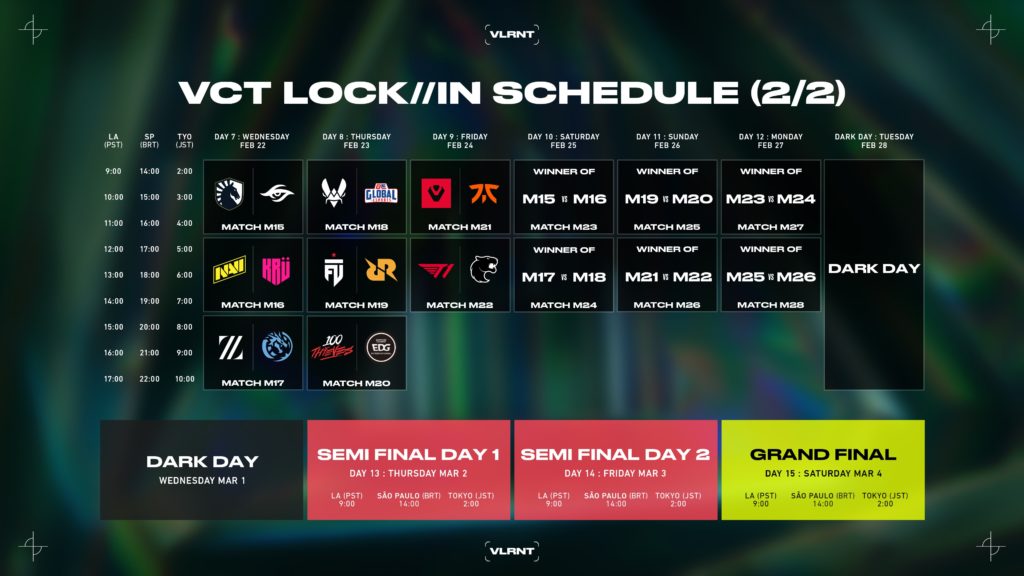 Here’s a quick summary as well:

For more information on the VCT LOCK//IN 2023, you can visit the official blog post by VALORANT Esports here.