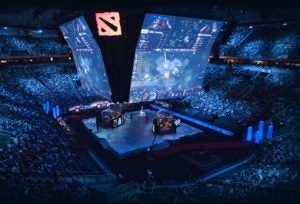 With only days until the biggest tournament in Dota 2, and all of eSports, The International 2016 (TI6), Valve has announced the Compendium update to the TI6 Battle Pass, along with the full schedule and format of the tournament.

In keeping with the traditions set by previous iterations of The International, Valve has brought the Compendium back and bundled it with the TI6 Battle Pass, with old features including player cards, the Fantasy Challenge, tournament and bracket predictions, with an all-new Virtual Reality (VR) Hub and a Global Live Spectator Chat. You can check out the features for yourself at the official announcement page.

The battle is set

Perhaps the bigger news is the schedule and format of the tournament itself. According to the schedule Valve released, TI6 will go down as follows:

The new format for the group stages may have been instituted in order to ensure that the matches are more competitive and meaningful throughout the course of the tournament, which also makes results less predictable, and is easier to follow from the perspective of a spectator.

If Valve follows what they have always done with regards to the venue, the Wildcards and the Group Stages will be held in a separate area, while the Main Event will be held in the Key Arena. 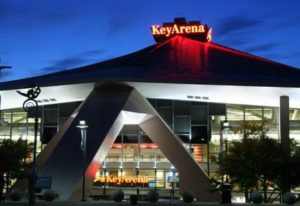 The KeyArena, with a seating capacity of 17,000+ over a 74-acre complex, has been set as the stage of the The International for two years now. Picture courtesy of keyarena.com

Valve has also disclosed the list of English casters, talents, and personalities that will be providing broadcasts and coverage of all the games throughout the course of the tournament in the Compendium. 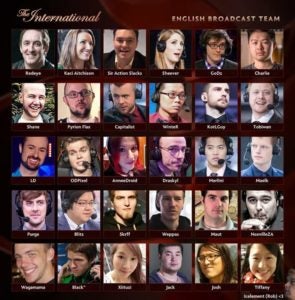 List of the TI6 English Broadcast Team. Not pictured is Purge, who will be attending but apparently Valve forgot to add in. Picture courtesy of Wykrhm Reddy

For fans and fanfare

For hardcore Dota fans, competitive scene enthusiasts, and casual viewers alike, the Compendium update for the TI6 Battle Pass gives everyone a chance to immerse themselves in all the hype and action of TI6, even if you’re not there in person.

Owners of the TI6 Battle Pass will receive 15 Player Card packs, featuring all of the players attending TI6, which can be used to build Fantasy Challenge rosters. Battle Pass owners are also given the chance to form their own TI6 dream team from the player cards they have collected, the performances of each player throughout the tournament will give pass owners Battle Points after it concludes.

Pass owners can also test their prediction abilities by foretelling the results of each matchup, which team ends up in which bracket, and who’ll win the tournament outright. Correct predictions will net Battle Pass levels, Battle Points, a new set of achievements, and some bragging rights. 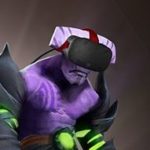 Not all of us might enjoy this new VR feature, unfortunately. Mfw I have noface

Valve also introduced an all-new VR Hub for TI6, which allows players to jump in and watch matches live or in replays in SteamVR. The VR Theater features full-size hero avatars, which can be ogled at with your precious hats (cosmetics) in the VR Hero Showcase, and never-seen before views of the Dota 2 battlefield. You can check out Valve’s VR Hub FAQ for more information.

Prepare for some LULs, Kappas, and Dongers as Valve unveils an all-new Global Live Spectator Chat, giving players the chance to feel the excitement of watching TI6 with a crowd of thousands in the comfort of their own homes. 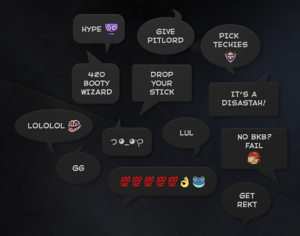 With this, Valve has also declared their entry into an all-out meme war against the entire Dota 2 community. KappaRoss

The spoils of war

Even with only mere days left before TI6 officially begins, the prize pool continues to grow. In fact, TI6 is now the biggest tournament, not only in Dota 2 but all of eSports . However, Valve is yet to release the breakdown of the prize pool for the winning teams. If they will follow the breakdown for The International 2015, then the teams might receive prize pots somewhere along these lines with the latest prize pool of $18,727,116:

Yep, that’s a whole lot of money, and it’s only gonna get bigger. Wanna learn how it got so big in the first place? Click here.

The Defenders of the Ancients

As part of our coverage of The International 2016, eSports by Inquirer.net will be releasing a series of profiles of the teams that will be competing in the biggest eSports tournament in history. You can read the first one, featuring the wildcard teams. Stay tuned for more!