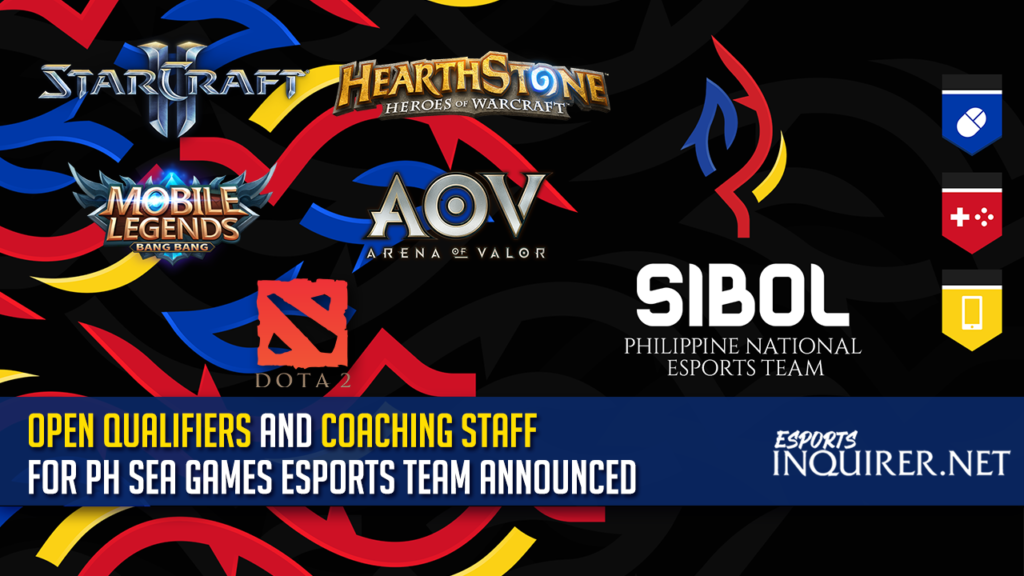 Ever wanted to rep the Philippines on the SEA Games stage? Open qualifiers and coaching staff for Sibol were announced today, August 6, at the TV5 Media Center in Mandaluyong.

READ: Sibol to represent the Philippines at SEA Games 2019

Final rosters for each game will be chosen from a training pool of about 74 people, which will be trimmed down to 24 by early-September before a three-month bootcamp begins. Several established professionals like the entirety of the TNC Pro Team Dota 2 roster have been pre-seeded into the pool, with the remaining slots being decided via the upcoming open qualifiers.

Any Filipino citizen that is 13 years old or above can participate in the open qualifiers. The amount of top placers proceeding to the next phase varies from game to game. Check out the links below for more information.

The selection process and general handling of Sibol’s players will primarily be done by each game’s respective support staff, as listed below.

But why host an open qualifier when we could just bring together proven players to form a superteam?

“One of the greatest strength of esports is its inclusivity, which is why we believe an open qualifier is necessary,” said Joebert Yu of the PSEU. “Do we think there are many other talented teams individuals? Yes. We want to give everyone the chance to represent the country, we all deserve that.”

The 30th Southeast Asian Games will be held in venues across Luzon from November 30 to December 11. The esports segment of the event will take place at the Filoil Flying V Centre in San Juan.

More updates about Sibol can be found on its Facebook page. Select matches from the open qualifiers will also be streamed.