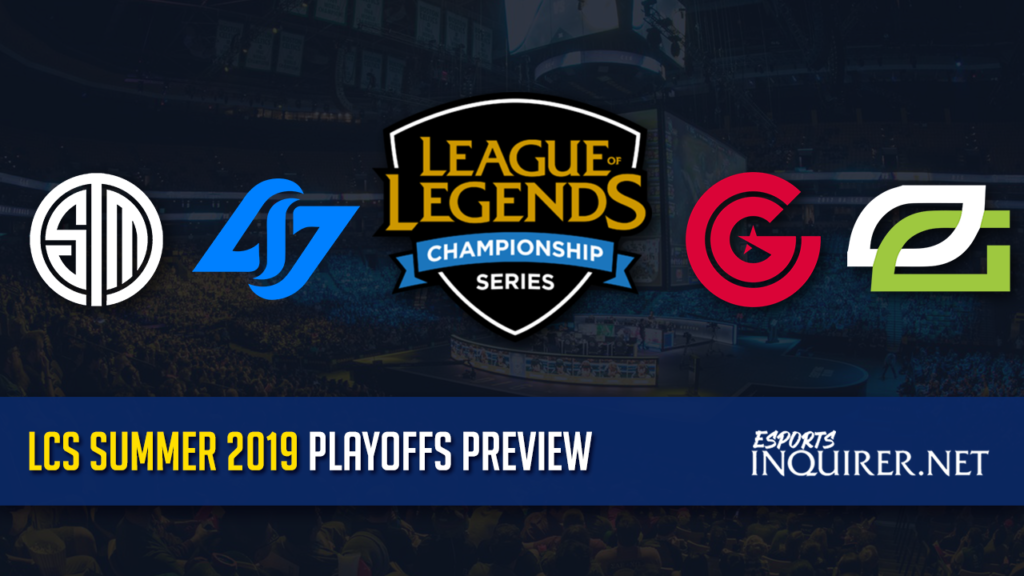 After ten weeks of back-to-back-to-back action, the North American League of Legends Championship Series 2019 Summer Split is in its playoffs stage.  Six teams have gone above and beyond to prove themselves as the best in the region but only one can proceed to this year’s World Championship as NA’s first seed.

Team Liquid and Cloud9’s strong showings throughout the regular season have netted them byes to the semifinals, leaving the remaining four — TSM, Counter Logic Gaming (CLG), Optic Gaming (OPT) and Clutch Gaming (CG) — to fight for the right to move on. The action kicks off 5AM tomorrow with TSM versus Clutch, but before that happens, here’s what you need to know about both quarterfinal match-ups.

A Fateful Rematch: TSM vs CG

TSM and CG are back at it again, with the yee-hawing cowboys of Clutch once again the way of Søren “Bjergsen” Bjerg and his mighty beard.

With TSM’s decision to bench Matthew “Akaadian” Higginbotham for Mingyi “Spica” Lu at the last stretch of the split, doubts are hovering over the legacy organization’s capacity to run deep into the playoffs as they always seem to do. With household names such as Andy “Smoothie” Ta and Jesper “Zven” Svenningsen holding up their bottom lane however, it’s never wise to underestimate the former kings of North America.

For Clutch, SoloMid’s kryptonite in Apollo “Apollo” Price and Nickolas “Hakuho” Surgent have been traded out for Liyu “Cody Sun” Sun and Philippe “Vulcan” Laflamme. It will be up to Korean veterans Taeyou “Lira” Nam and Heo “Huni” Seung-hoon’s top-jungle synergy to keep TSM’s Sergen “Broken Blade” Çelik subdued. Watch out for Cody Sun’s pop-off potential as well, as the young marksman has been on the come up since his return to the LCS this split.

Only One Can Rise: CLG vs. OPT

Both CLG and OPT have been making a surge in the rankings as of late. Unfortunately, only one of the two can can keep their Worlds 2019 hopes alive as the loser will be eliminated from qualifier contention.

For CLG, it’s been three grueling years since it last made Finals. But, with standout Top laner Kim “Ruin” Hyeong-min at their side and a Jungler they’ve come to rely on in Raymond “Wiggily” Griffin, CLG might just have the right amount of faith and munition it needs to penetrate through the greenwall’s defenses.

On the other hand, OPT has finally made playoffs for the first time in its LCS tenure. Veteran jungler William “Meteos” Hartman and former world champion midlaner Lee “Crown” Minho are on the forefront of the organization’s hunt for a championship title, outclassing many of their peers in the league. With their dominance in the end of the summer split, OPT has a stellar chance of making this an amazing last hurrah before its upcoming rebranding to Immortals in the following season.

Catch the League Championship Series Quarterfinals on August 11th at 5AM for Team SoloMid’s bout against Clutch Gaming and August 12th at 3AM for Counter Logic Gaming clashing against OpTic Gaming. Watch it all live at watch.lolesports.com.