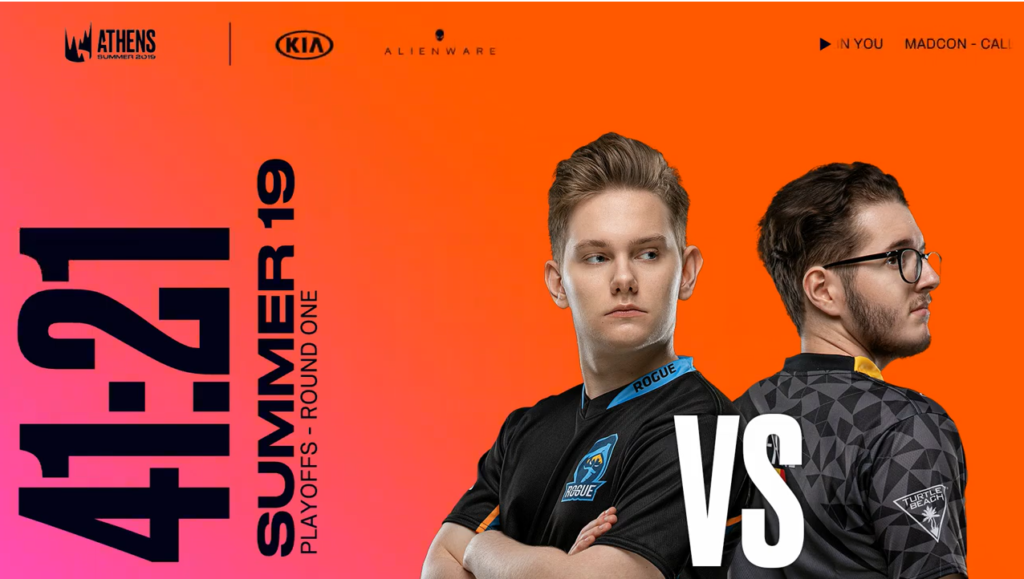 After  three months of non-stop action, the League of Legends European Championship’s playoffs stage is finally underway. Veteran and rookie teams alike are all clamoring for the chance to represent Europe in the World Championships and hoist the towering trophy only once held by superteam and Mid Season Invitational champion G2 Esports.

In the LEC, the upper half of the standings are a cut above the rest of the competition. Which is why in the upcoming quarterfinals, Rogue (7W-11L) and Team Vitality (8-11) will have to prove their mettle against Splyce (12W-6L) and FC Schalke 04 Esports (11W-7L) if they want to make history in Athens.

Splyce has always been an organization to consistently make the upper echelons of European League of Legends. In their upcoming bout, we can expect Splyce’s veteran status and  high-performing botlane duo in Kasper “Kobbe” Kobberup and Tore “Norskeren”  Hoel Eilersten to be the fangs that will sink down on Rogue and cut their playoff run short.

However, we can’t undercut what Rogue’s been able to accomplish in its rookie year in the LEC. After taking down Origen in Week 9 and securing its spot in the quarterfinals shortly after, all eyes are on Rogue. Their aggressive and fast-paced playstyle centered around Mid Laner Emil “Larssen” Larsson has been a spectacle for viewers as it is a nuisance for their rivals. With Kacper “Inspired” Sloma standing by Larssen, Rogue is a fearsome contender for the throne not to be underestimated.

After barely making it into the playoffs by outlasting SK Gaming in the tiebreaker, Team Vitality is reinvigorated and looking to clutch it all the way to the Finals. Back in Spring, Vitality signed on Jae-ha “Mowgli” Lee from Afreeca Freecs and had a promising run — only to fall off later on in the playoffs. While the start of summer did not look promising, this squad of upstarts rose through the rankings week by week in an effort to make it back to the World Championship.

But in their way is FC Schalke 04 Esports — who finished the Summer split on a good note by beating the first place G2 Esports. With a consistently formidable Top Laner in Andrei “Odoamne” Pascu and one of Europe’s best marksmen in Elias “Upset” Lipp, Vitality will find Schalke 04 tough to take down with the kind of performance they have been putting out for the last few weeks.

Catch the quarterfinals kick off with Splyce versus Rogue on August 24th at 12AM and later on the same day at 11PM for FC Schalke 04 Esports and Team Vitality. Viewers can catch the action on https://watch.lolesports.com.