The Road to Worlds: This Weekend in League of Legends

As this year’s League of Legends World Championship draws closer, the amount of available slots for it wanes with each passing day. Here are two matches to watch this weekend from Europe and Korea that will determine who represent these regions at the prestigious annual competition. 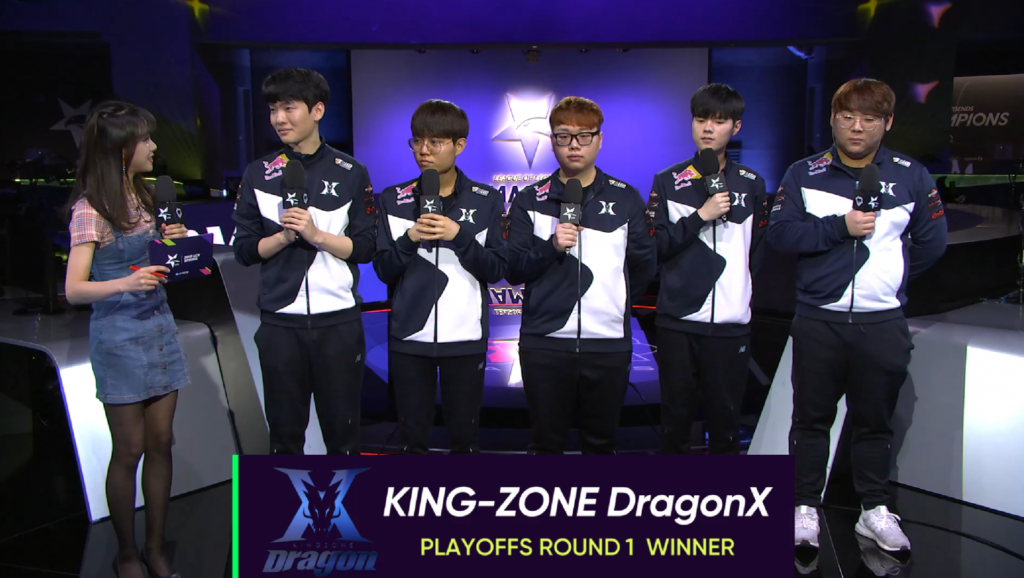 In a bid for the last ticket to Worlds for the Korean region, KING-ZONE DragonX has gone 3-1 against SANDBOX Gaming and Afreeca Freecs and keeping their Cinderella run alive in the gauntlet.

For the Regional Finals, Kingzone is expected to keep riding the wave and continue their dominance. With their veterancy, in a best-of-five series, Kingzone’s jungler Woochan “Cuzz” Moon’s impressive mechanical play alongside marksman Hyeokgyu “Deft” Kim’s reliable damage output will be monumental against DAMWON Gaming.

Although, Damwon didn’t get its 13W-5L record in Summer by being a pushover to teams like Kingzone. Despite being a ragtag squad of rookies, Heo “ShowMaker” Su and Kim “Canyon” Geon-bu have shown their mettle by going toe-to-toe against the rest of the competition in the LCK.

All eyes are going to be on Damwon to see if they can prove their individual and teamplay as worthy of reaching the world stage, a considerable feat for a team of young talent. Bear witness to the last hurrah of Damwon Gaming and Kingzone in the Regional Finals at 4:00 PM on September 7th. After a disappointing turnaround in the quarterfinals, Fnatic is looking to redeem themselves for coming short of taking down G2 Esports. But in their way, a worthy challenger in Schalke 04 Esports will try to give Fnatic a run for its money in Athens.

Considering they almost took down G2 Esports in dominating form, Fnatic’s brilliant use of Tim “Nemesis” Lipovsek’s Twisted Fate shows they know how to move around the map and play around objectives. With the impressive 28.0 KDA of Martin “Rekkles” Larsson in their wins versus G2 Esports, it becomes clear that his performance in the upcoming series will be the deciding factor that gets Fnatic ahead of the curve.

Schalke on the opposing end, when looking at their convincing victory against the up-and-coming Rogue, has the liberty to play off the back of all its lanes. Pointedly, Andrei “Odoamne” Pascu’s Kennen and Elias “Upset” Lipp’s Lucian were key in Schalke’s triumphant wins. Find out if Fnatic will yet again lose to an Upset as the LEC Playoffs continue at 12:00 AM on September 8th.

As usual, all the action is streamable on watch.lolesports.com. Who are you rooting for this weekend?