After a four-day brawl of upsets, stomps, and comebacks, the Play-In Stage of Worlds 2019 is about to come to a close with the Knockout Stage coming up in half a day. With the Group Stage going the way it did, the coming best-of-five series will be the true test to the play-in teams’ resilience, flexibility, and greatness. Find out who we expect to come out on top and get into the main stage of Worlds 2019 in the anticipated Knockout Stage!

Press F to pay respects. Coming out of Group C with a commanding 4-0, Damwon Gaming is the indisputable heavyweight of the play-ins. As expected of a lineup who knocked out KingZone DragonX in the Gauntlet Finals, whether ahead or playing from behind, Damwon were always able to pull themselves together win after win. The sheer invincibility of Jang “Nuguri” Ha-gwon’s Ryze and Heo “ShowMaker” Su’s LeBlanc is enough to discourage those who dare to oppose Damwon in the play-ins. With Kim “Canyon” Geon-bu’s fierce early-game pressure on Lee Sin, Rek’Sai, and Taliyah, it made it way harder for Flamengo eSports and Royal Youth to contest their dominance in Group C. With a second-rate 1-1 record against MEGA and Hong Kong Attitude, it will be on Nguyễn “Artifact” Văn Hậu’s hands to give Lowkey Esports the slightest hint of a chance at advancing past the play-ins. With 69% kill participation and a 31.2% damage percentage, Lowkey’s hope is to play through mid lane and let their lead seep into the bottom half of the map and allow Nguyễn Phước “Celebrity” Long Hiệp to carry alongside Artifact.

After a worrying start against the Unicorns of Love in Worlds 2019, Clutch Gaming has slowly taken back their stride to go 3-2 and stand above UOL (CIS) and MAMMOTH (OCE) in Group A. Securing first was an uphill struggle for the cowboys as they disappointingly only managed to secure wins from Mammoth in the round robin. Going into the tiebreaker against the Unicorns, Lira’s early-game pressure on Elise alongside Huni’s stellar Irelia managed to get them a 3,000 gold lead before the 10-minute mark – which perfectly demonstrates the strengths of Clutch Gaming at its prime. When Lira can give Huni the pressure he needs to control his lane while the rest of Clutch hold down the map, Huni can pull off unbelievable performances on Tristana, Ryze, and Irelia, dealing a third (33.5%) of Clutch’s damage, and carry the cowboys to victory. Despite their successes, Clutch still has to work on playing around their win conditions if they want to make it out of play-ins (choosing to choke around Rift Herald against a Fiddlesticks and a Qiyana when you can use Twisted Fate and Tristana to control the side lanes). For Royal Youth, it will be up to Closer, their standout jungler (with four solo kills), to shut down Lira as the Unicorns did in Clutch’s losses and make sure Huni gets held down in the early game. 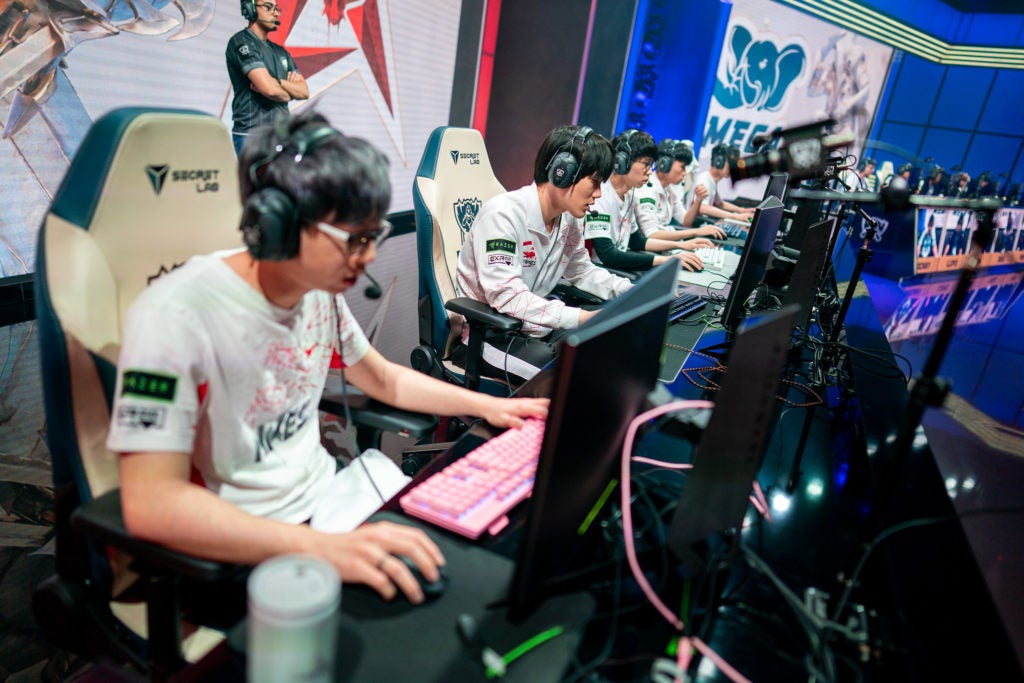 A bloodbath is bound to be shed when a dragon meets a shark on the Rift. Given Isurus Gaming was put head-to-head against Splyce while Hong Kong Attitude placed first in Group D (touted as one of the easier pools of the play-ins), the LMS and LLA faceoff is a matchup without a definitive front-runner in the Knockout Stage. For Hong Kong Attitude, we’ve seen the dominant Lee Sin performances of Crash heavily influencing the entirety of the map supported by his 71.1% kill participation. While down bot side, Unified’s 32.6% damage output is quite impressive given the resources he’s given. Comparatively, Isurus Gaming’s strengths are quite similar except for one caveat – Isurus has a hell of a laner in Buggax. Buggax has 6 solo kills (highest in the play-ins) against Vizicsacsi and Detonation FocusMe’s Evi who has been proficient at Gnar throughout the tournament. What Isurus lacks however, is the ability to assuredly translate their laning leads to victories. As such, you can expect there to be a fair amount of skirmishes centered around the opposing sides of the map to determine who gets the first strike in their series.

Once the home of Tamás “Vizicsacsi” Kiss and Andrei “Xerxe” Dragomir, the Unicorns of Love strode onto the Play-in Stage beating North America’s Clutch Gaming with picks such as Kayle and Heimerdinger – true to the unique playstyle of Unicorns in the former EU LCS. Getting heartbreakingly drawn against Splyce, the European representatives are in quite the predicament as only one of them will be making it out of the Play-ins stage alive. Unfortunately for Unicorns, Splyce had made significant improvements to their play (finishing a game below their 35-minute power spike!) and will be a formidable opponent in the Knockout Stage. It’s clear that Splyce puts an emphasis on getting Kasper “Kobbe” Kobberup the resources he needs to carry right off the bat, sporting a 1092 Gold Differential at 15 minutes (a rough third of Splyce’s [email protected]). Yet, one simply cannot overlook the contributions of Vizicsacsi’s teamfighting prowess and Marek “Humanoid” Brázda’s late-game damage output to Splyce’s successes. On Unicorn’s end, Lev ”Nomanz” Yakshin’s high-risk high-reward playstyle might just be what they need to upset Splyce and exact revenge on the LEC. Nomanz’s ability to unlock the early-game for the Unicorns will be crucial in shutting down Splyce across the board. But with Xerxe on the defensive against Kirill “AHaHaCiK” Skvortsov’s underwhelming performances in the Group Stage, it’s looking a bit grim for CIS.

Catch all the action live on watch.lolesports.com. Damwon Gaming and Lowkey Esports are the first to the pitch on October 7, 7:00 PM while Clutch Gaming and Royal Youth head out onto the Rift by 12:00 AM on October. Later on, Hong Kong Attitude will face off Isurus Gaming at 7:00 PM. Splyce and Unicorns of Love’s series will be held on October 9, 12:00 AM right after.