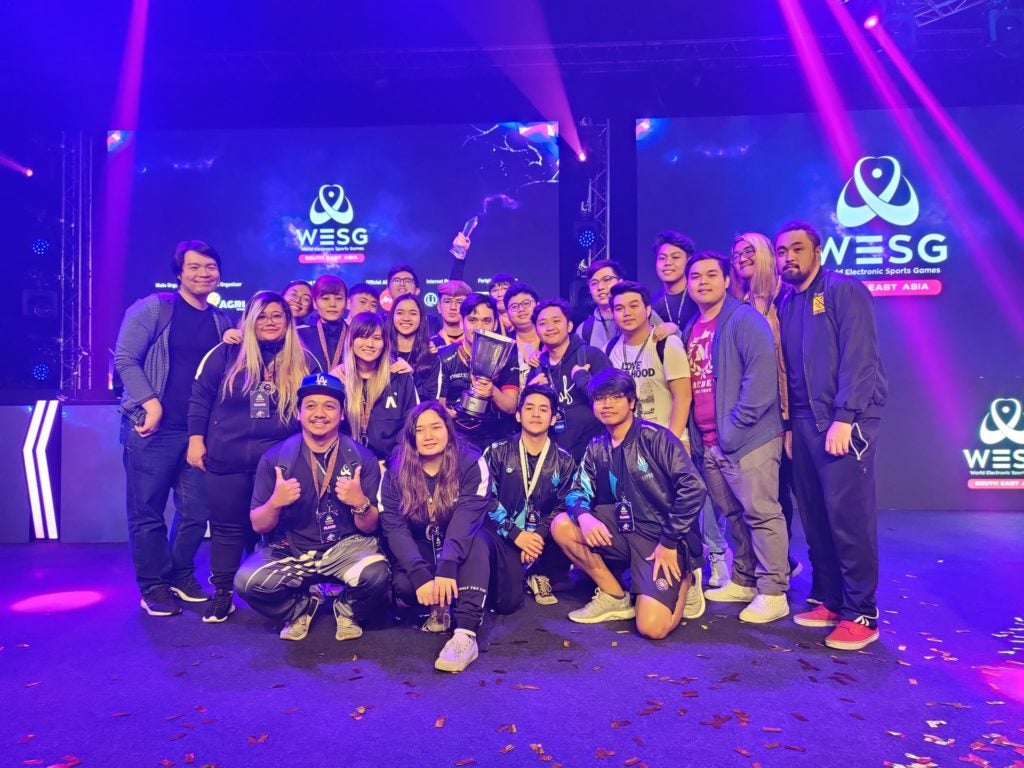 The WESG SEA 2019 representatives of the Philippines. (Photo: Liyab)

The Philippine representatives made their fellow countrymen proud as TNC Pro Team won first in Dota 2, Liyab’s EnDerr went runner-up in StarCraft II, and Team Amplfy for CS:GO Women got third place.Their journey doesn’t end there however, as these players will continue to represent the country in the World Electronic Sports Games 2019 APAC Finals on January 2-5, 2020.

The praiseworthy feat of fellow Filipino athletes in the WESG SEA 2019 is a sign of the continued growth of esports in the country. With the SEA Games coming up in December, Team Sibol are even further motivated to do well as TNC, EnDerr, and Team AMplfy have in WESG SEA – not that a ₱2 million bonus for a gold medal in team titles (Dota 2, Mobile Legends: Bang Bang, and Arena of Valor) or P1M for individual titles (Tekken 7, Hearthstone, and StarCraft) wasn’t enough to motivate them.