Over the span of the next few weeks, Filipino collegiate representatives will be flying over to China to compete in some of the largest collegiate international esports events to date.

The University of Santo Tomas Teletigers League of Legends team will be competing at the International Esports Festival (IEF) in Hunan, China from November 22 to 24 with a prize pool of over 900,000 PHP and over 30 countries participating in the tournament.

The International Esports Festival is organized by the International Exchange Foundation, established in 2004 under the official sponsorship of both governments of South Korea and China with the aim of establishing friendly cooperative relationship between the youth.

The UST Teletigers are the three time collegiate champion winners and were the representatives at last year’s IEF 2018 in Jeju, South Korea. The Teletigers swept through the qualifiers, not dropping a single game to any team and beat the University of the East Snipers Corp. 2-0 in the finals. 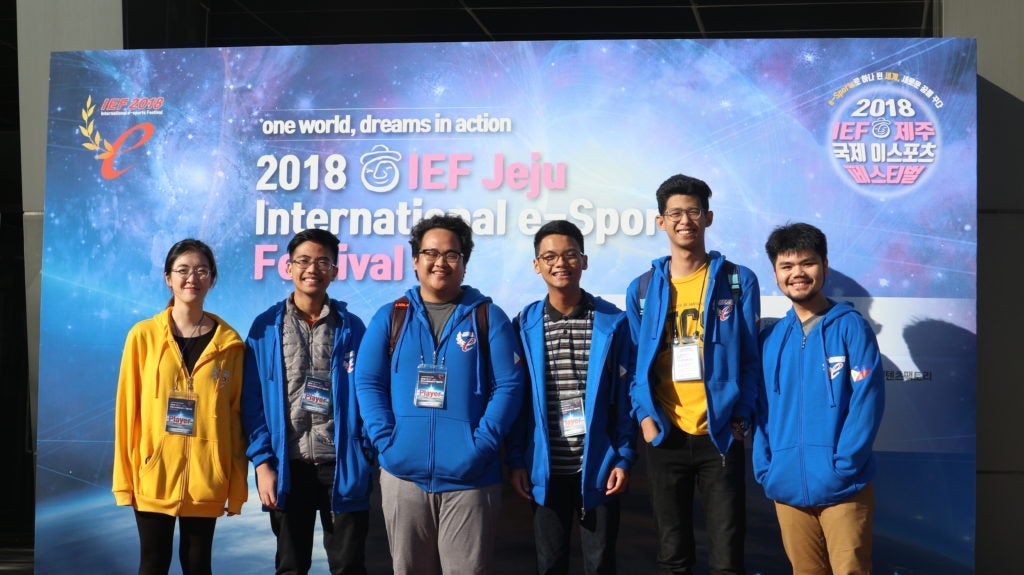 Last year’s Philippine IEF 2018 representatives at Jeju, South Korea. The UST Teletigers LoL team along with Jia Dee from the University of the Philippines Diliman representing for Hearthstone.

Meanwhile, for DOTA 2, Our Lady of Fatima University’s Perceptive will be competing at the World University Cybergames (WUCG) in Sanya, China from December 4 to 6 with a 635,000 PHP prize pool and 12 countries participating.

The World University Cybergames was founded in 2016 by former esports stars from Team World Elite with the goal of enabling college students to pursue their esports dreams and create a global benchmark for collegiate competitions.

Perceptive recently placed as runner-up in the Esports Collegiate League but since then have improved greatly, going undefeated as well in the qualifiers and besting Ateneo de Manila’s LG Esports in the finals.

Both of these tournaments are made possible by the Nexus program under the Campus Esports Development Organization (CEDO). Nexus aims to provide opportunities in the campus esports scene through international tournament experience such as these.