When asked about how was it like to face N0tail , Jeff said “it was quite overwhelming at first”.

“I was ready to 1v1 him but I wasn’t mentally prepared to be on a video call with him at the same time!”

“It was quite surreal knowing that I was playing against a 2-time TI champion”, he added. In the first game, Jeff admitted to even forgetting about his rune setup. However, after that, Jeff was able to focus and play his game. 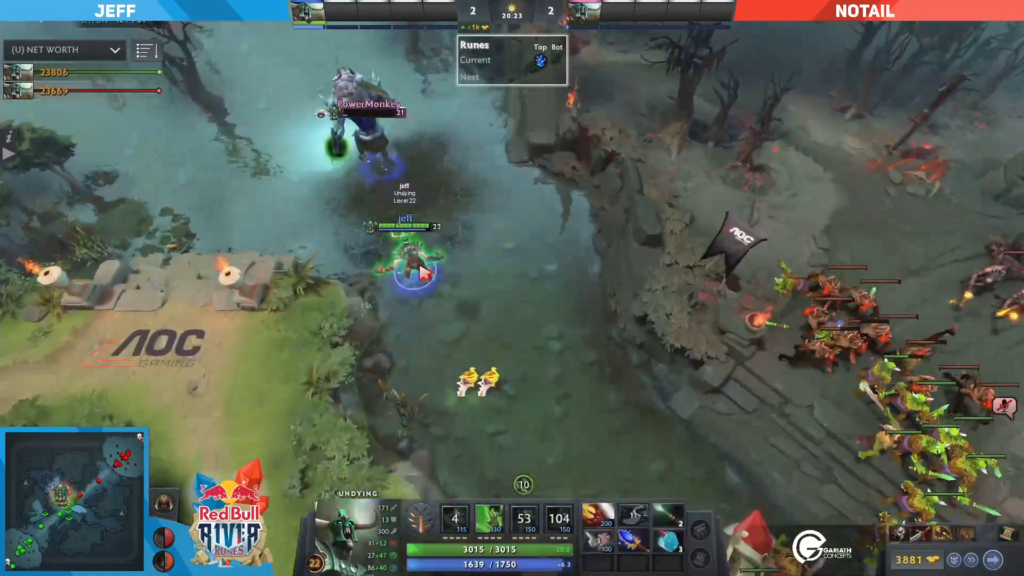 Game 3 of the 1v1 Showmatch between N0tail and Jeff. (Source: Red Bull)

“By the time we got to Game 3, it was honestly just a meme because of the undying mirror match”, Jeff said with a laugh. He continued, “I would say that at that point who was gonna win didn’t really matter since it seemed like we were both enjoying”.

Red Bull R1v1r Runes takes places on a custom map built in the Dota 2 environment and pits players in a fast-paced 1-versus-1 mirror battle that rewards intuition and the ability to make quick decisions. The first player to achieve three kills or collects the first kill on an enemy tier one tower wins the match.

Regional qualifiers were held across Luzon, Visayas, and Mindanao and gathered Dota 2 players around the country to compete in 1v1 matches. In the national finals, Jeff took down De La Salle University’s Quanon 4-0 thereby, earning his 1v1 with N0tail.

Jeff peaked at Rank 200 with 7800 MMR in the past, and is currently at 7300. Jeff represents the Ateneo de Manila University as a part of their collegiate organization, LG Esports.