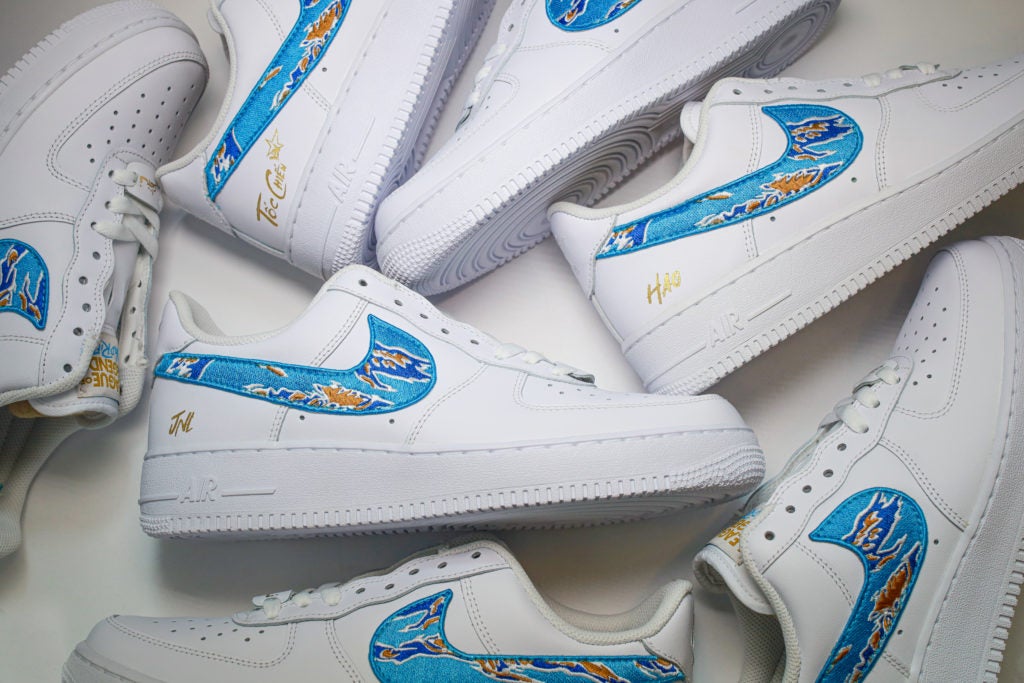 The SBTG team developed their take on Wild Rift through the lens of fashion and streetwear, with pairs customised and personalised for select gaming partners across Southeast Asia.

“This collaboration celebrates the discipline of practice which is integral in both the worlds of sneaker customization and gaming, as the beautifully embroidered energetic pattern on the Air Force 1 swoosh features a tiger camouflage which the SBTG team has been painting for more than a decade, now in the game’s official colors,” said SBTG founder, Mr Sabotage, who is an internationally renowned figure within streetwear and design. 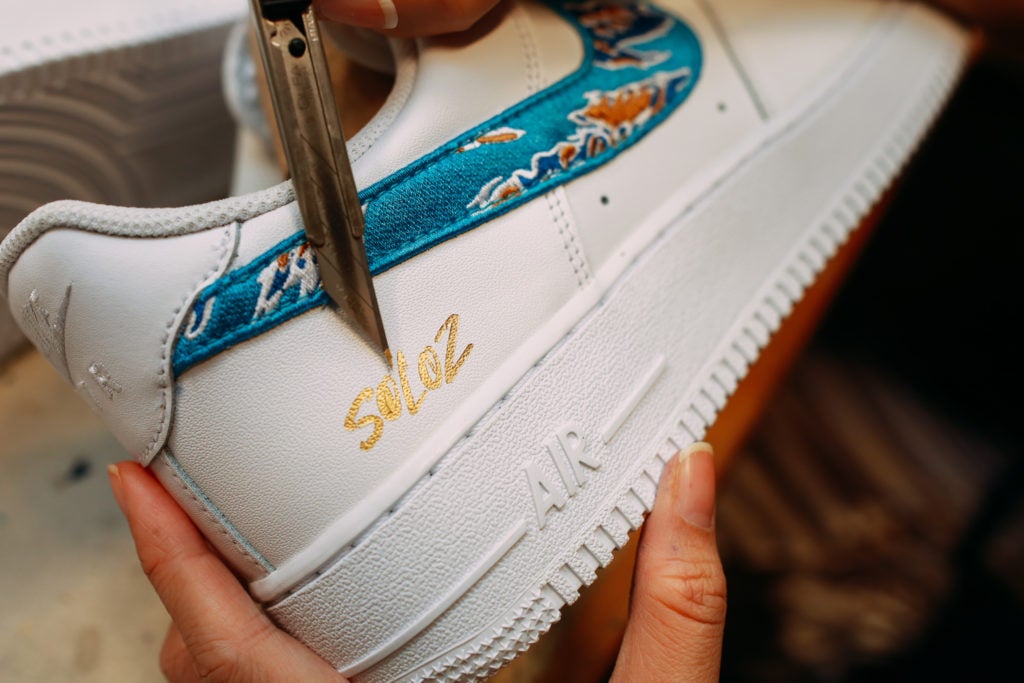 Using an all-white Nike Air Force 1 as the canvas for this creation, the sneakers are adorned with a custom embroidered swoosh, which Mr Sabotage and his team developed using Wild Rift’s blue, gold and white colour scheme. The standard Air Force 1 tongue tags were replaced with a custom Wild Rift logo. Recipients’ names were hand-stencilled to the sides of the shoes, as were leather SBTG Deubré tags on the laces.

It is to be noted however, that these customized sneakers were not made in collaboration with Nike, and are not part of a Nike partnership. SBTG simply chose these shoes as the basis for his creation. 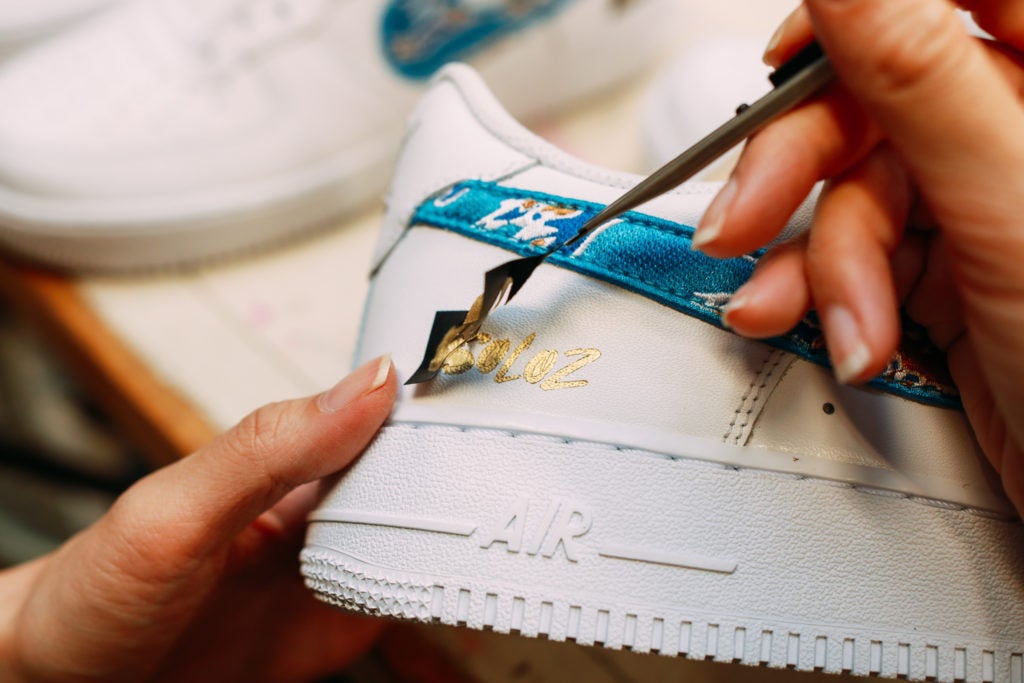 “We’re thrilled to have partnered with an incredible local artist like SBTG on this project. Unique collaborations are a great way to share Wild Rift with new audiences in Southeast Asia. We are looking forward to many more!” said Justin Hulog, General Manager for Southeast Asia, Hong Kong, Taiwan and Macau, Riot Games.

For more information, visit Wild Rift and their Facebook. You can find more of SBTG’s work at Instagram.

This is an official press release provided by Riot Games.