Philippine representative Imperium Pro Team are the champions of MARVEL Super War at the Top Clans 2020 SEA Invitational. Fellow Filipino team NMD Rage finished 2nd under them at the tournament.

The Top Clans 2020 MARVEL Super War Southeast Asia Invitational has been one of the most competitive tournaments of the year so far. The best teams from SEA clashed for a chance to take home the lion’s share of the 20,000 USD prize pool. But after the dust settled, two Philippine teams remained, NMD Rage and Imperium Pro team. The two strongest teams of the tournament so far will be facing each other one last time in an epic best-of-7 showdown for the MARVEL Super War SEA Invitational championship.

Imperium Pro Team opened up the series with an emphatic victory in Game 1. They played a conservative and safe early game, allowing xLight’s Iron Man and xPe4r’s Star-Lord to safely farm and scale, stifling every attempt of NMD Rage for aggression. IPT suddenly accelerated the game at the 7-minute mark, and quickly turned the game upside down to go up in the series, 1-0.

In the second game, NMD Rage came out more prepared, constantly punishing IPT’s mistakes and forcing them into bad teamfights. NMD led for pretty much the early game. They also took away xLight’s signature Iron Man pick, forcing him to play a much more defensive playstyle using Ebony Maw. But that proved to be NMD’s downfall as xLight excelled in adapting to his opponent’s playstyle, devoting his energy in Game 2 on supporting xSpe4r to succeed using Star-Lord. IPT slowly clawed back to the game, and a decisive teamfight initiated by them at the 17-minute mark secured the victory for IPT.

NMD Rage surprised everyone in the third game, drafting a no marksman and tank-heavy composition. While they were able to contest in early teamfight due to their tankiness, once xSpe4r’s Star-Lord got three items the tanks started to melt. And because NMD Rage didn’t have a marksman, they couldn’t get past IPT’s beefy frontline of Sandman and Ronan, allowing xSpe4r to safely deal damage from the backline.

The most dominant team in the tournament sealed the deal in the fourth game, drafting an early game comp which gave NMD Rage no chance to scale to the late game. xLight was an absolute menace in the mid lane with his Deadpool pick. IPT finished their dominant tournament run with a 4-0 victory over their compatriots, becoming the first-ever Top Clans 2020 MARVEL Super WAR SEA Invitational Champions. 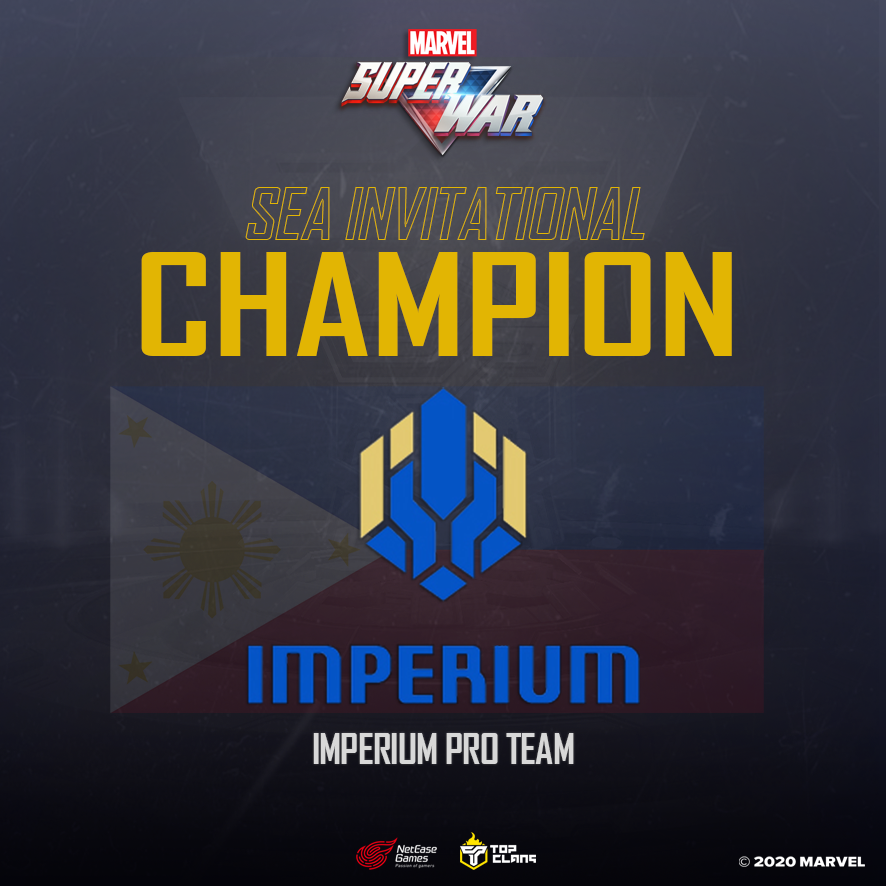 THE MAN IN THE MID LANE

At the end of the series, the best player of the grand finals and the one with the most impact, Roybie ‘xLight’ Segovia was crowned with the Finals MVP award. xLight was IPT’s most consistent member and his performance in the mid lane was unmatched, even if his picks were banned or taken away, xLight always contributed to his team’s victories. 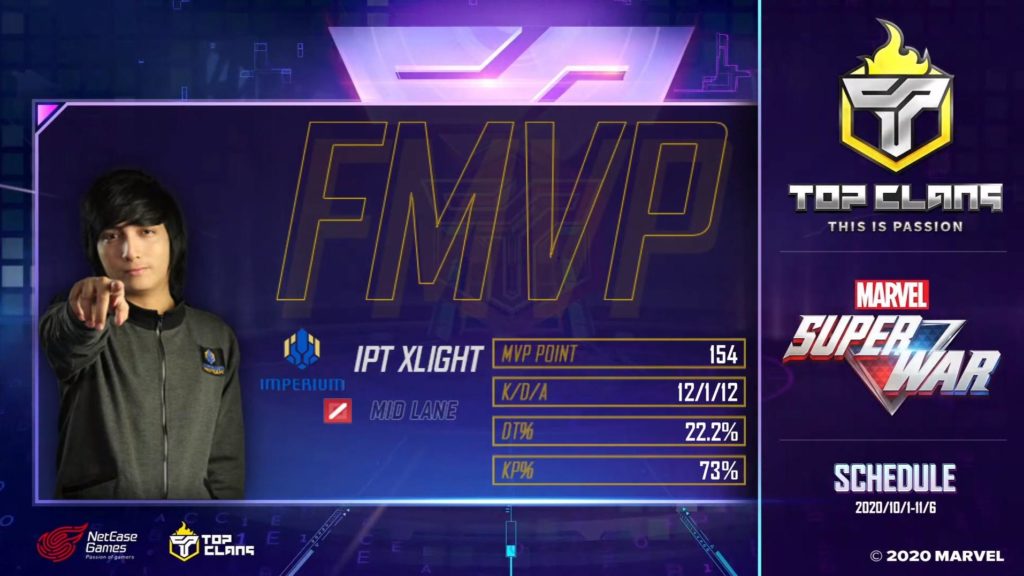 The future looks bright for the MARVEL Super War esports scene. The teams are just starting to figure out the most optimal strategies and building their own playstyle and identities. One thing’s for sure right now, the Philippines is the king of MARVEL Super War in Southeast Asia with their dominant performance in the tournament, and IPT’s impressive run to the championship title.

This is an official press release from NetEase Games.