Season 11 has begun as the Ranked Solo/Duo and Flex queues have now opened as of January 8, 2021.

League of Legends enters the year anew with the opening of the Ranked Season in Patch 11.1. In the released patch, items such as Trinity Force and Prowler’s saw nerfs to their damage but got their ability haste buffed. The patch introduced nerfs to Manamune and buffs to Archangel’s Staff and Ionian Boots of Lucidity as well. 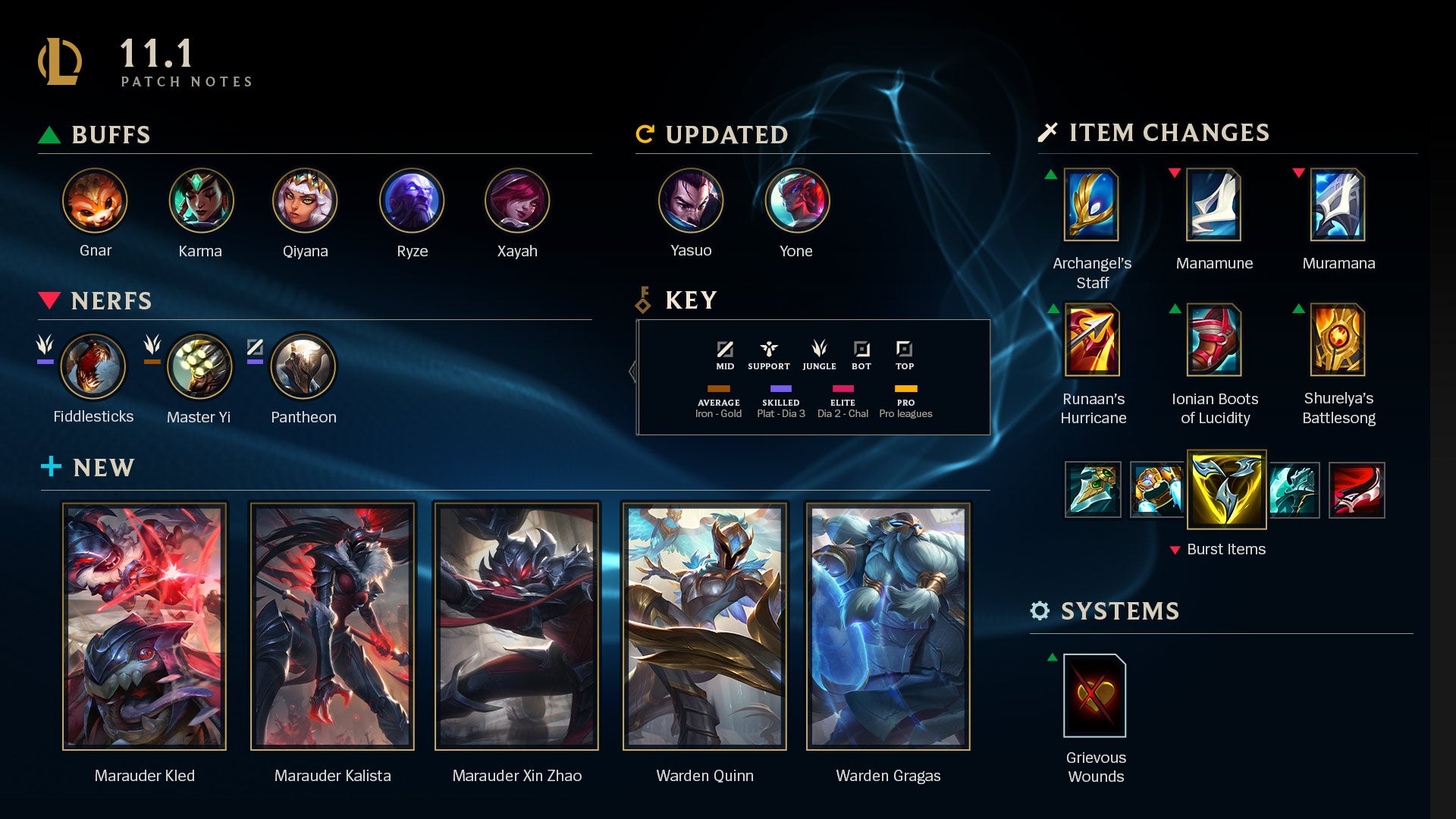 The patch made changes to the Ionian brothers in Yasuo and Yone as well. Furthermore, the Marauder and Warding skin line will be added to the game’s collection.

Load on to the Rift and climb your way back up the ladder in Season 11 of League of Legends.