Reuniting with its long-time partner, Globe, as well as enlisting OPPO as its official mobile phone company partner for gaming, Mineski seeks to build and sustain the momentum of the growing esports and gaming industry in the Philippines through Riot’s biggest titles. 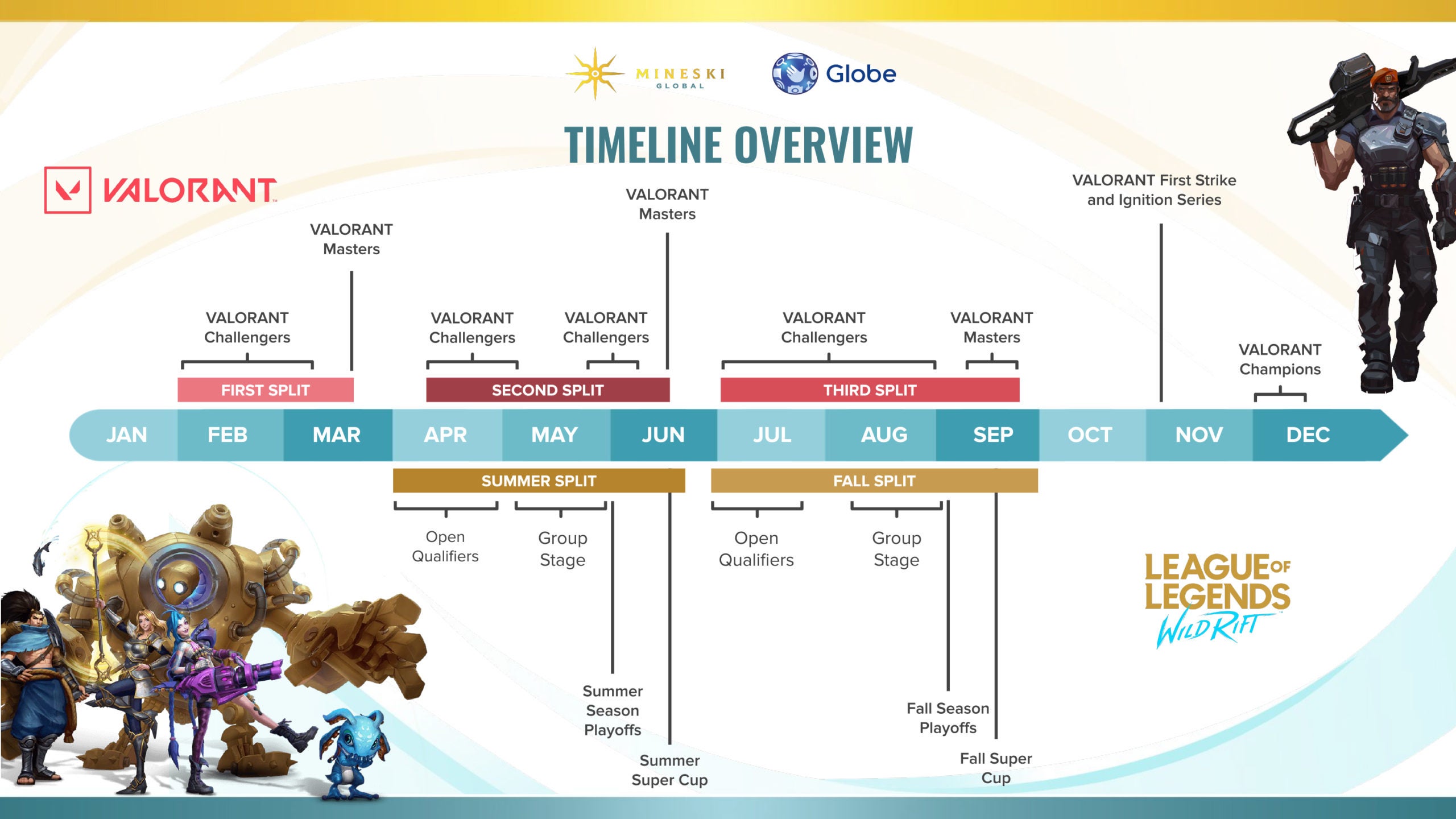 “We are thrilled to introduce even more exciting competitive experiences for players across the Philippines alongside our partner, Mineski. Mineski’s network and expertise have enabled us to bring our esports vision to life, and we look forward to creating a memorable series of tournaments for fans of VALORANT and League of Legends: Wild Rift,” said Chris Tran, Head of Esports for Riot Games Southeast Asia, Taiwan, Hong Kong and Macau.

Mineski will operate the official national tournaments through the Philippine Pro Gaming League (PPGL). These tournaments will qualify the best teams to represent the country in Southeast Asian tournaments and, hopefully, the world championship.

Mineski holds the official licenses to hold esports tournaments for VALORANT and League of Legends: Wild Rift. Tournaments for both games will be held throughout the year, featuring a format that would allow the best teams in the country to compete against top gamers in Southeast Asia, and possibly, the world.

The tournaments will be done through the Philippine Pro Gaming League, co-presented by Globe. 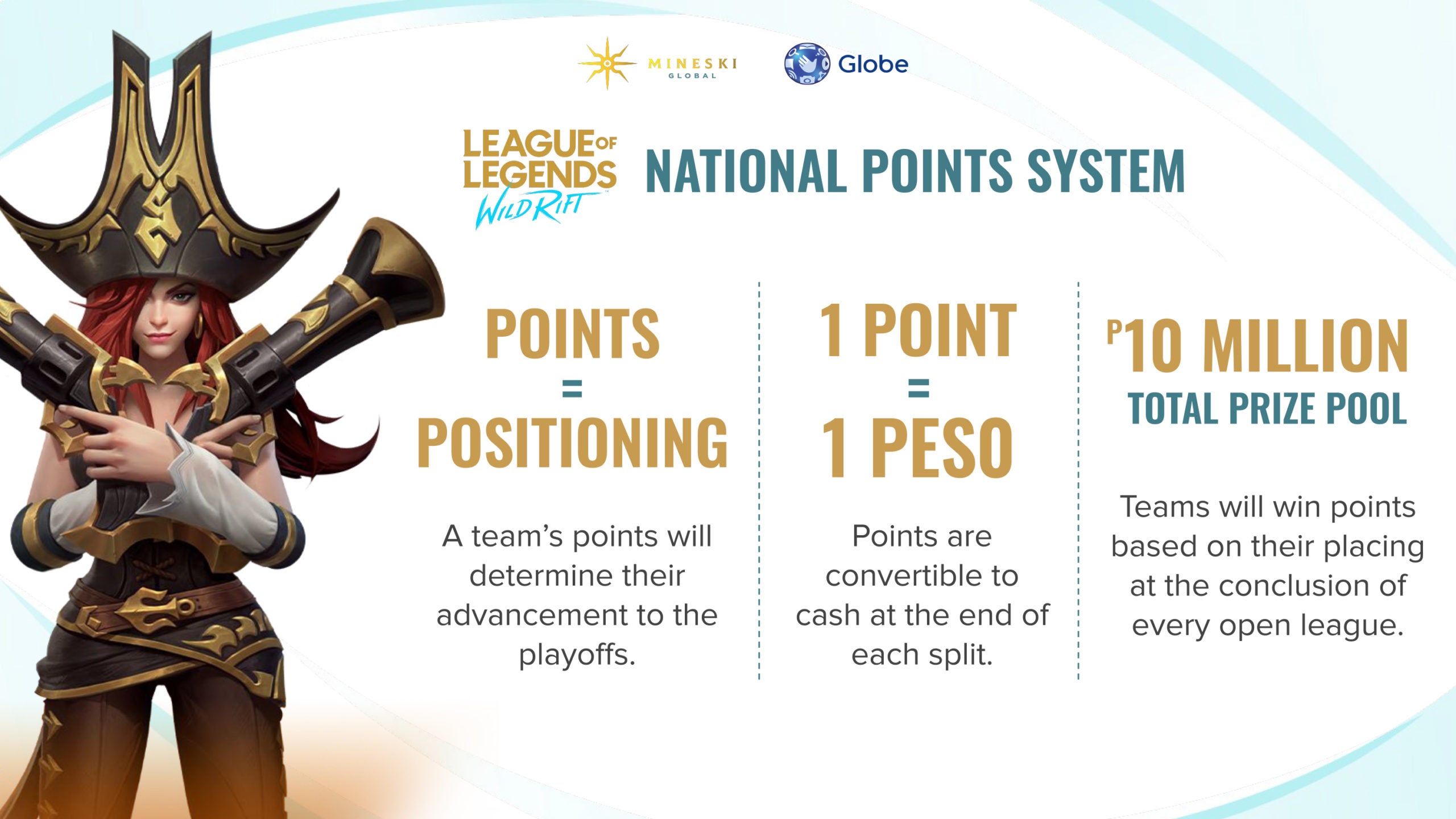 Moreover, with the adoption of a points system for Wild Rift, this will be the first time that a points system will be implemented for a mobile game. Dubbed the “Wild Rift Points System by Globe,” this innovation will govern the total cash prize that the best performing teams in the national tournament will receive. The total prize pool amounts to Php10,000,000 and the points will also determine how a team can further advance into the Philippine Playoffs.

Spectators and gamers alike can look forward to the pre-season Wild Rift Icon series on March 20-21, 2021. The first pre-season tournament in the Philippines for Riot Games’ mobile MOBA promises an exciting series of matches that pits eight professional esports teams against each other, including Globe Telecom’s esports team Liyab. 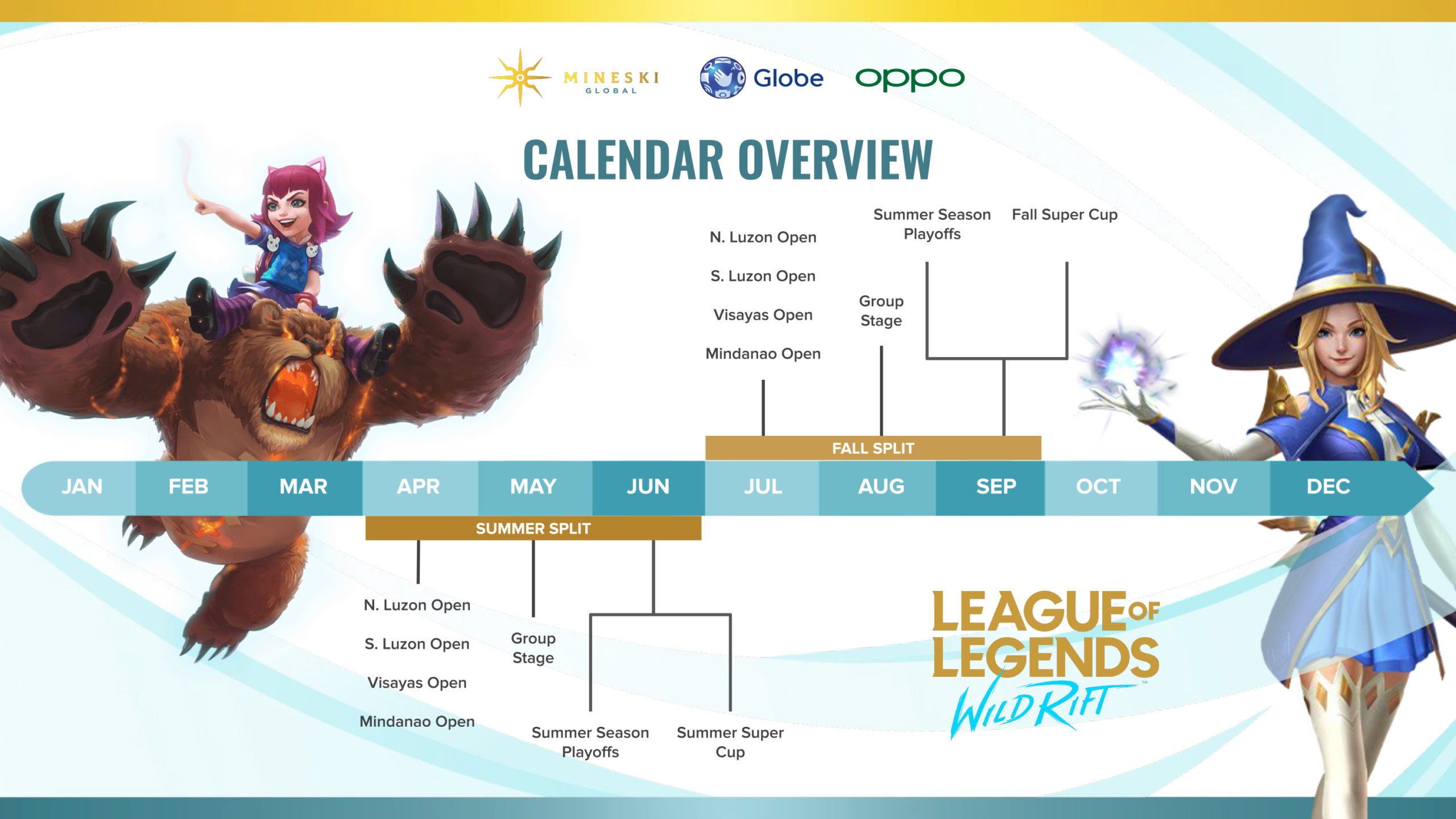 “Mineski has been an advocate of the local esports community for years. As we roll out these exciting tournaments through our partnership with Riot Games Southeast Asia and in collaboration with Globe Telecom and OPPO, we look forward to delivering truly exciting experiences and to discovering the next big names in gaming,” shared Mineski Philippines country manager Mark Navarro, stressing Mineski’s ongoing mission to create opportunities for Filipino gamers to thrive.

“Over the years, we have proudly witnessed the rise of Filipino teams in international gaming. We want to enable that especially as esports is a space where our teams can excel.  In partnership with Mineski and Riot Games Southeast Asia, we will be able to do that and to provide more opportunities for gamers to hone their craft,” adds Globe VP for Get Entertained Tribe, Jil Bausa-Go, who also underscored Globe’s commitment to bring world-class connectivity and entertainment into its customers’ homes.

“We are grateful and thrilled for the partnership that we have forged with Mineski. Through this collaboration, we promise to support the growing local esports industry by offering an entire ecosystem of products that are not only known as an entertainment powerhouse, but also the next best gaming tool for the everyday Filipino gamers”, shares Raymond Xia, OPPO Philippines Marketing Director.

All updates for registrations and broadcasts will be posted on the official PPGL Facebook page.

Local esports organizations who are interested to apply as a partner in relation to national plans for the Wild Rift SEA Icon Series and VALORANT Challengers Tour can reach out to Mineski at [email protected].

For more information on Mineski, its services, and events, head over to www.mineskiglobal.com/

This is an official press release from Mineski Philippines.