The Mobile Legends Professional League – Philippines kicked off its opening weekend with six exciting games. Upsets and surprises abound in Week 1 of the MPL. Read on for more on the country’s premiere MLBB league.

In surprising fashion, reigning and defending MPL-PH and World Champions BREN Esports dropped both of their games in the opening week losing to Onic PH and Nexplay Esports. ”Probably naging kampante lang kami this first week” (Maybe we just got complacent this first week), said BREN coach Ducky in a post-match press conference. “I believe that next week we will come back stronger.”

Next week, BREN are set to face Aura PH, who split their games against Work Auster Force and Blacklist International this week, and Execration, who picked up a 2-0 win against Omega Esports.

New-look teams arrived in the MPL in thrilling fashion, as the fresh rosters of Nexplay Esports and Blacklist International picked up wins this week. League freshmen Laus Playbook Esports made a statement as well.

Nexplay Esports, despite losing a close 1-2 series against LPE, managed to adjust and get the 2-0 victory over BREN Esports. “Ang kinagandahan namin ngayon, nage-explore kami. Nage-explore kami sa mga pick at sa mga rotation.” (What’s good about our team now is that we are exploring. We’re exploring different picks and rotations) said NXP coach Akosi Dogie in his stream following the games. NXP swapped out three players in the offseason, and it was the newly-acquired Jeymz and Exort stepping up to secure the victory.

Laus Playbook Esports made sure to make their presence known as they took down Nexplay Esports in the opening match of Day 2. Despite communication issues due to two team members not playing with the rest of the team in their bootcamp, they held it down and managed to grab the win against Nexplay. 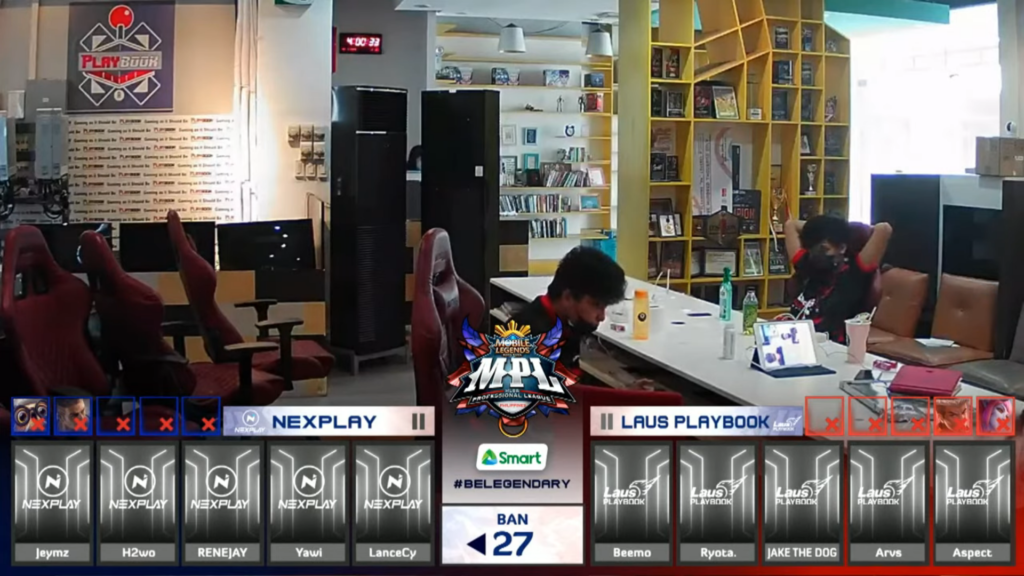 For the other games, Execration showed an impressive performance against Omega despite player Kielvj’s accident, Aura PH bested Work Auster Force in a tight series, and Onic PH handed BREN a loss in their first game of the season.