Running from April 8 to June 7, 2021 with the theme ‘Women Rising,’ the third season of Liga Adarna will showcase the prowess of the country’s top female esports players in four different games, including Mobile Legends: Bang Bang; Valorant; Call of Duty: Mobile; and League of Legends: Wild Rift for a total prize pool of Php 215,000. 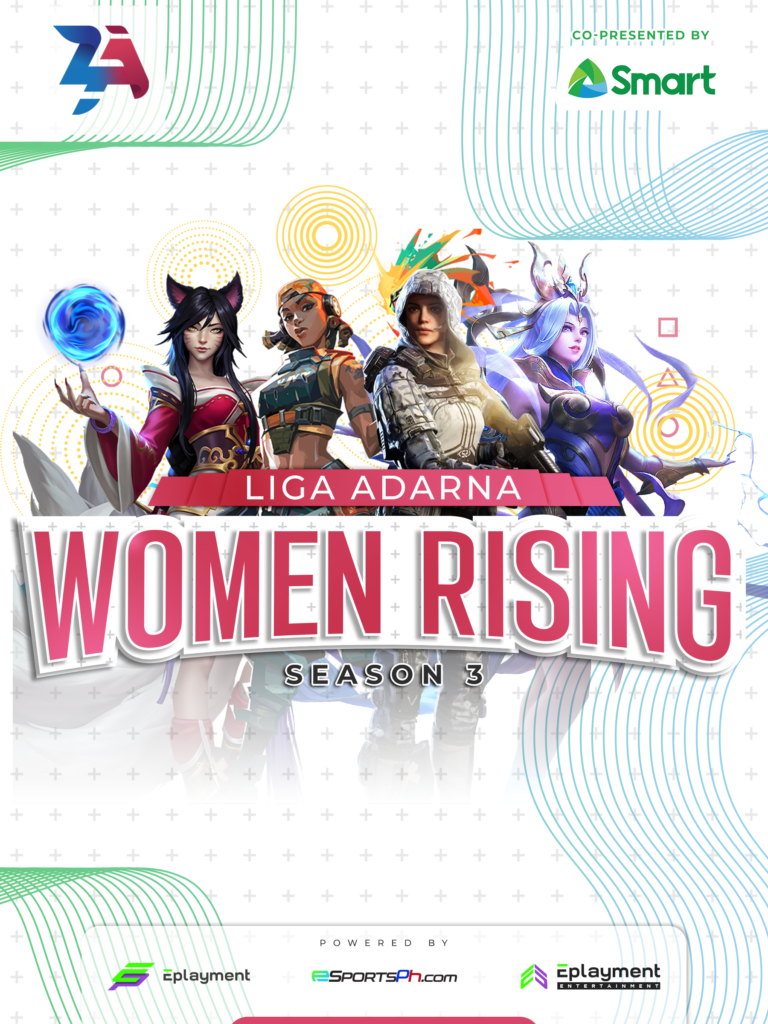 Avid gamers and enthusiasts can catch the games, which will be livestreamed on the Liga Adarna Facebook page at www.facebook.com/ligaadarna.

The latest season of Liga Adarna is in line with Smart’s longstanding support for the fast-growing Philippine esports scene to cultivate the passion, skill, and talent of Filipino gamers.

Aside from organizing the country’s biggest esports events and backing FIlipino esports athletes, Smart supports gamers with relevant offers and services to level up their gameplay.

Subscribers can build their skills, step up and get Double GG with Double Giga Games, which comes with a solid allocation of 2 GB Games Every Day for their favorite mobile games like Mobile Legends, Call of Duty Mobile, League of Legends: Wild Rift and Facebook Gaming.

To register to Double Giga Games, subscribers may simply download the new GigaLife App on the Apple App Store or Google Play Store; or dial *123# and choose DOUBLE GIGA.

Filipino gamers and esports enthusiasts can enjoy the best gaming experience powered by Smart , the country’s fastest mobile data network as reported by third-party mobile internet analytics firms such as Ookla® and Opensignal.

Smart has also scored a rare sweep in the April 2021 Philippines Mobile Network Experience Awards** by independent analytics firm Opensignal, beating the competition across all metrics in three essential aspects of service: Coverage (4G Coverage Experience, 4G Availability), Speed (Download and Upload Speed) and Experience (Games, Video and Voice app). This is the first time an operator in the Philippines won decisively in all categories.

Smart also enables subscribers to level up their gaming experience with Smart 5G’s superfast speeds and ultra-low latency powered by the country’s most extensive 5G network.