MANILA—June 2, 2021—The Dark Portal has opened once again, and beyond it lies a timeless era of adventure. Beginning today, World of Warcraft players will rediscover the wondrous landscapes and mythic challenges awaiting them in the shattered realm of Outland as Burning Crusade Classic™, Blizzard Entertainment’s authentic recreation of the legendary first World of Warcraft® expansion, launches around the globe.

In Burning Crusade Classic, the heroes of the Horde and the Alliance set out on an excursion to the fel-scarred, alien world of Draenor, where the demonic Burning Legion is staging a war against all life on Azeroth. Together with their new draenei and blood elf allies, Azeroth’s champions must find a way to stop the invasion at its source; seek out new allies amid the fungal forests and nether-wracked skies of a strange new world; and ultimately prepare to face the infernal forces of Illidan the Betrayer, the traitorous night elf demon hunter who has claimed the shattered domain of Outland as his own. 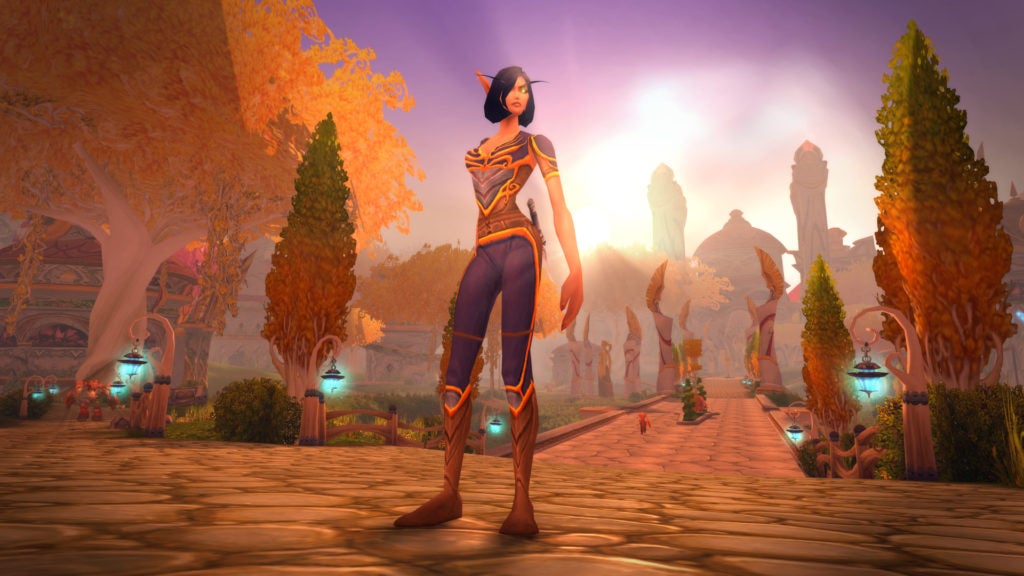 “Today’s launch of Burning Crusade Classic represents the first chance in over a decade for the WoW community to feel the collective thrill of stepping through the Dark Portal, of charging into an Arena together, and of taking down the final boss of Karazhan as a guild for the first time,” said J. Allen Brack, president of Blizzard Entertainment. “These shared experiences are at the heart of World of Warcraft, and we look forward to seeing all of the new adventures players have with friends old and new as they return to Outland.”

With today’s launch, players can now advance characters on Burning Crusade Classic realms to level 70 as they explore all of the new zones of Outland beyond the Dark Portal, and rally their allies to take on the raid challenges of 10-player Karazhan, 25-player Magtheridon’s Lair, and 25-player Gruul’s Lair. Starting June 16, players will be able to prove their PvP prowess with the start of Arena Season 1. Additional Burning Crusade Classic content will roll out in future content updates.

Following the start of Arena Season 1 in-game, top PvP teams will have the chance to go back to the roots of WoW esports in the Burning Crusade Classic Arena Tournament, taking place July 24–26. Full tournament details, including information on how to participate, will be announced in the weeks ahead.

Current WoW Classic players can choose whether to progress each of their characters to Burning Crusade Classic, or continue playing the original WoW Classic content on Classic Era realms, which launched on May 18. Players who wish to play the same character in both eras can use the optional character cloning service ($15 per character), which will allow them to continue playing a copy of an existing character on a Classic Era realm while also advancing into Burning Crusade Classic.

Gordon laments some people in gov’t ‘behaving like a pig’