Alexandre “AK” Laverez proves to everyone that he is still the undisputed King of the Philippine Iron Fist Tournaments as he 3-peats in The Nationals Tekken 7 Pro League by defeating Smart Omega’s Juliano “Jules” Lozano in the third season of the said tournament yesterday, June 5, 2021. 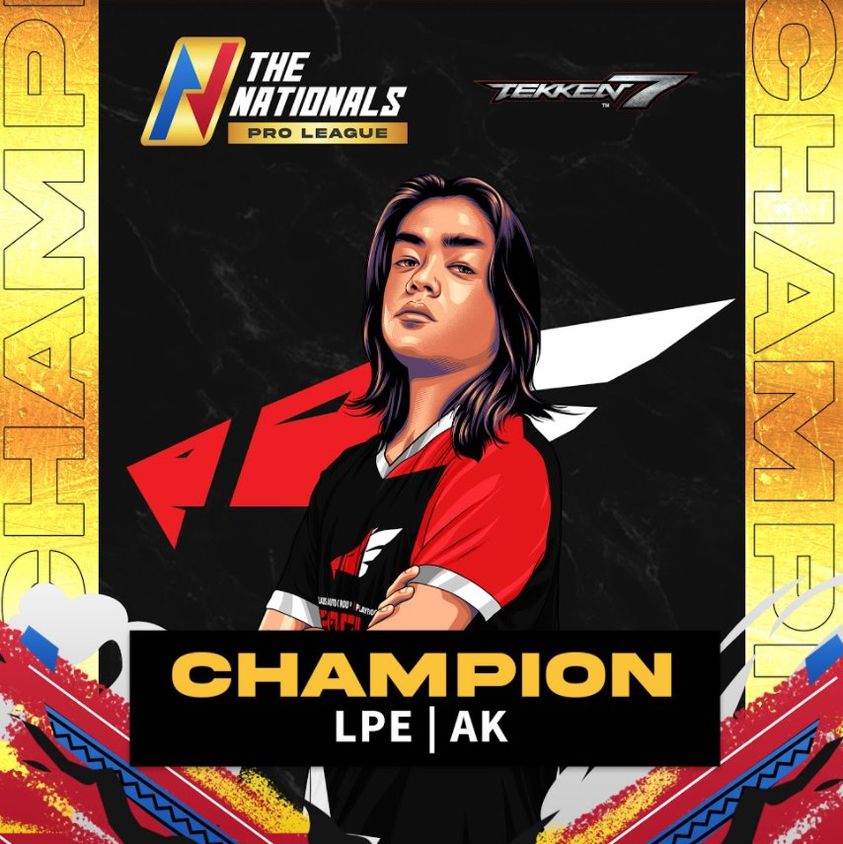 After defeating Cignal Ultra Warriors’ Raphael “Vermillion” Cueva and Happy Feet Emperors’ Jeff “Coffee_Prinz!” Gonzales in the playoffs, the 2019 Southeast Asian Games representative was sent to his first-ever appearance at the tournament’s lower bracket after Jules defeated him in the upper bracket semifinals. AK then bounced back by defeating Bren Epro’s Maru “Maru” Sy 3-2.

With AK’s Geese Howard going against Jules’ Marduk, Heihachi, and signature Jin, he then proceeded to perform an astonishing bracket reset against Jules in the grand finals which resulted in AK winning the tournament 3-2. In the post-game interview, AK said that he prepared for The Nationals by using a smurf account lent to him by a friend in order to practice Geese and Paul discreetly. He did this to avoid other players scouting and discovering his strategies for the said tournament. AK also jokingly remarked that he needed the “soda buff” as avid fans noticed his frequent sips of soda throughout the streaming of the tournament.

AK is set to receive Php 150,000 for winning the third season of The Nationals Tekken 7 Pro League while Jules and Maru will take home Php 75,000 and Php 40,000 for winning second and third places respectively.