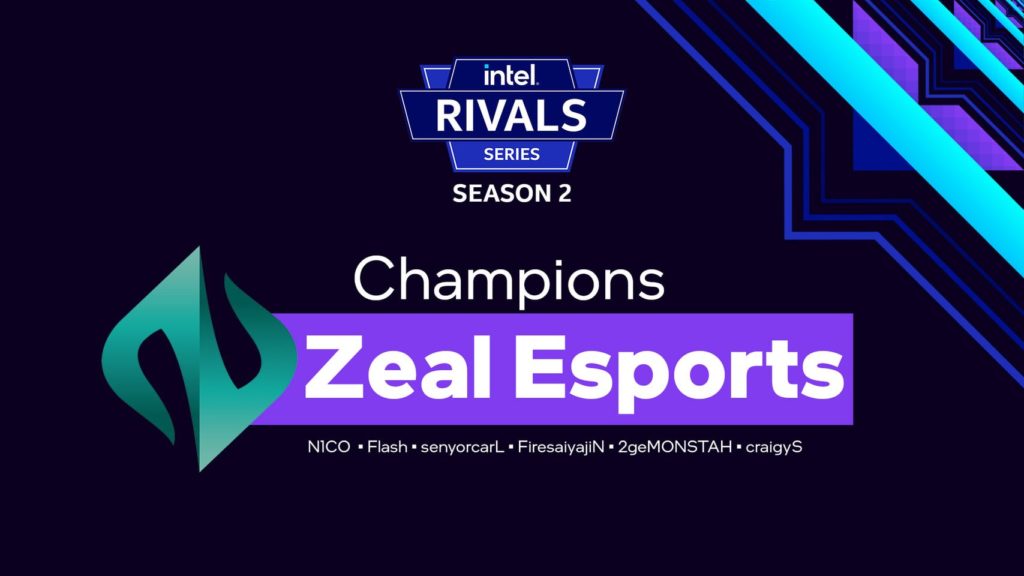 Displaying their mastery for the art of the comebacks all throughout the entire tournament, Zeal Esports managed to clinch a 2-1 victory in the grand finals series to become the undisputed second season champion of the Intel Rivals Series.

Besides winning the Intel Rivals Series, the Cebuano esports organization is also representing the Philippines in the KJC Valorant Tournament: ONE. They have already faced and beaten other Southeast Asian teams such as Todak from Malaysia and is set to play against Team Ego from Vietnam for the semifinals.