In perhaps their last tournament as members of XDG, LXIX withstood a gritty performance by the PDR Bees to win the matchup 3-1 and take Liga Adarna’s Season 3: Women Rising All Women Esports Tournament CODM Championship on Sunday afternoon, June 27. 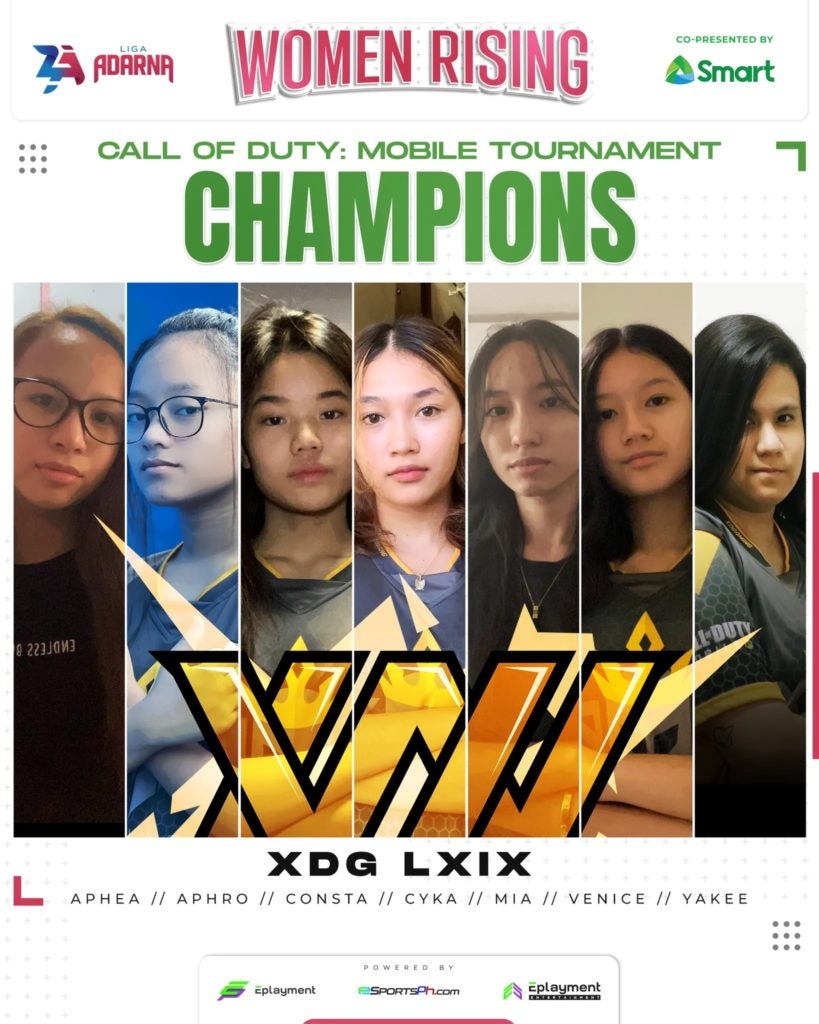 “We’re happy and sad at the same time. Happy because we know in ourselves that we returned the favor to XDG for all the help they’ve provided us as we brought them championships. Sad because we will miss Boss L who took us under his wing and supported us all the way through. All we can say is thank you Boss L, and thank you XDG, till next time,” team captain Yakee said.

“We chose VVV because they offered opportunities that matched our value. We grabbed the opportunity that they offered and here we are now,” Aphro and Yakee shared when asked about why the team went with VVV.

The series was not exactly the result the team asked for as LXIX actually lost game one (Hardpoint at Raid) 95-150, before completing a reverse sweep, bouncing back on games two (Search and Destroy at Meltdown) 6-1, three (Domination at Standoff) 150-142, and four (Hardpoint at Crash) 150-25.

“They were good [PDR Bees] as they defeated us at Raid in Hardpoint and gave us a hard time at Standoff in Domination but it’s just that there’s only one winner and fortunately we were. We really allotted a lot of time going into this tournament and thankfully, it paid off,” Coach Zara stated.

This marks the LXIX’s 9th championship with their lineup, and thus further cementing their status as the Philippines’ best girl’s pro team.