MANILA, PHILIPPINES – United City Football Club (FC), the current four-time defending champion in the Philippine Football League (PFL) and slated to participate in the AFC Champions League 2021, unveils its esports division dubbed as “UCFC Esports.” This initiative is a testament to UCFC’s commitment to be the best of the best in Asia; whether it be on the football field or a professional gaming environment, ultimately, this expansion stays true to UCFC’s mission of inspiring the next generation of fans and followers of professional sports.

“The global growth of esports has been tremendous, and we are fortunate that the Philippines’ esports scene is growing rapidly, which paves a great path for us to take on this venture,” said Eric Gottschalk, CEO at United City Football Club. Currently, there is an estimated 45 million games just in the Philippines, with some of the key titles having over 10million followers and games participating in organized competitions. “We are very serious about expanding our horizons to a younger demographic, and we set out to replicate the sporting success of our football division, with our esports division to adhere to the same mission and values that the club has already established. We are further excited to bring professional gaming with us as part of our LGU partnership with Clark City and the Pampanga and Tarlac region – a sport that has seen tremendous growth, support, and interest by the local communities.” 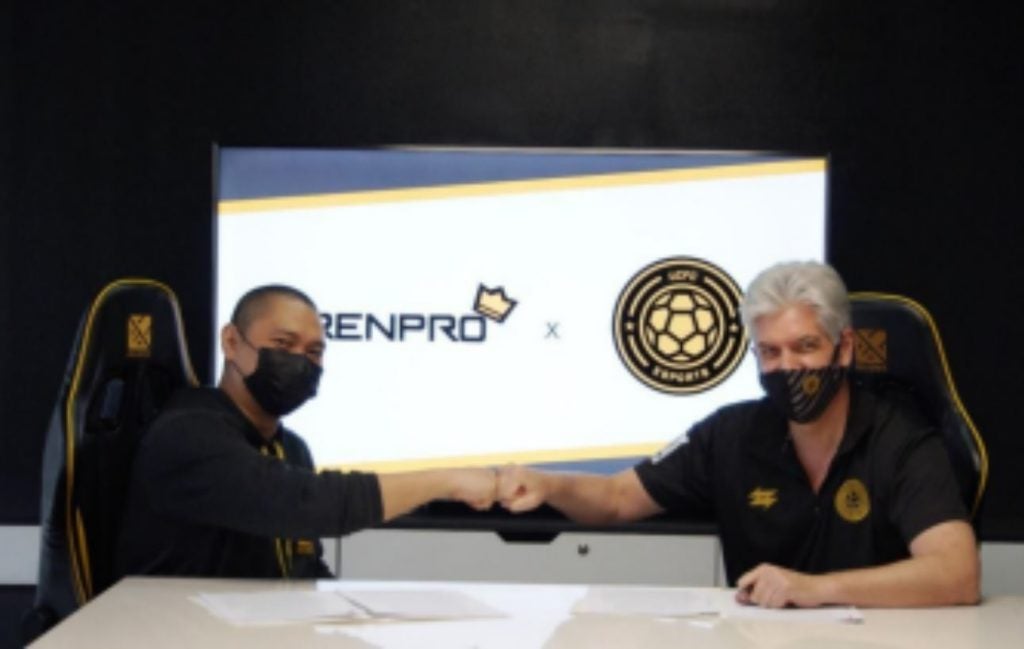 Jab Escutin, COO of BrenPro and Eric M. Gottschalk, CEO of UCFC during the launch of the UCFC Esports division.

In their pursuit of excellence in developing champions, UCFC Esports has tapped the white label esports management services of BrenPro Inc, the corporation notable for owning and managing Bren Esports, one of the leading esports organizations in Southeast Asia.

“We tapped BrenPro’s esports management services as we identified them to be the right partners for us to create and develop champions which will allow us to emulate our success in football,” said Gottschalk. “Their values, mission, and vision for the development of the Esports community in the Philippines, in general, align very well with our ambitions as a sports organization, and we would like to thank the team of BrenPro for their support and commitment to helping us establishing a competitive esport division in such a short period of time.”

BrenPro established Bren Esports in 2017; the organization immediately found success and has since then become a leading esports organization in the Philippines who is also known to have one of the biggest esports training facilities in Southeast Asia.

“Our formula for success is that we instill excellence in every step of the way, which enables us to groom and develop future esports champions,” said Bernard Lu Chong, CEO at Bren Esports. “We are definitely committed and confident that we can guide and shape UCFC Esports to be a leading esports contender not just locally but globally.”

For its entry into esports, UCFC Esports will focus on four esports titles, namely Valorant, League of Legends: Wild Rift, Mobile Legends: Bang Bang, and FIFA 2021, which have been identified as relevant in the current local esports scene. The official roster for each esports title announcement will be made on UCFC Esports official Facebook page (facebook.com/ucfcesports), while a dedicated fan membership and a jersey design contest will be the first interactions with the new fan communities of UCFC.

This article is an official press release from Bren Esports.