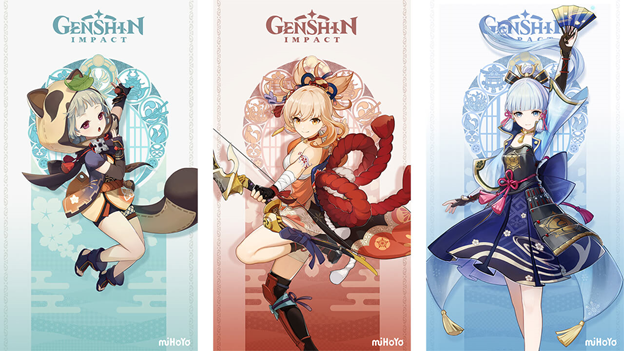 There was a lot of exciting news featured in the latest Genshin Impact developer stream that showcased current developments for the upcoming patch 2.0 update for Genshin Impact. This update will bring players to the region of Inazuma where they will meet a bunch of upcoming characters.

This upcoming character is known as Sayu. She uses the power of anemo to rapidly dash across the map with her “Yoohoo art: Fuiin Dash”. Don’t be fooled by her size, though. This sleep-deprived ninja can unleash her elemental art that can support the entire team.

The next character is a pyro archer named Yoimiya. She is best described as the best fireworks technician and the owner of Nagonohara fireworks. It is revealed that she is going to be an important ally in the Inazuma story quests and one of the persons who will aid players in their journey once the traveler arrives at Inazuma

Her love for fireworks is evident in her character trailer and her skills as a pyro archer will most certainly have the ability to launch an array of explosions with the use of deadly fireworks to the enemy with her elemental skill and elemental burst.

Lastly, the most awaited character since the beta version of Genshin Impact is none other than our resident cryo swordsman Kamisato Ayaka. As a powerful swordsman who possesses powerful ice-based abilities that can break enemy shields, Ayaka will also play a major role in the region of Inazuma. She will appear in an archon quest when the traveler arrives for the first time at the Kamisato residence. 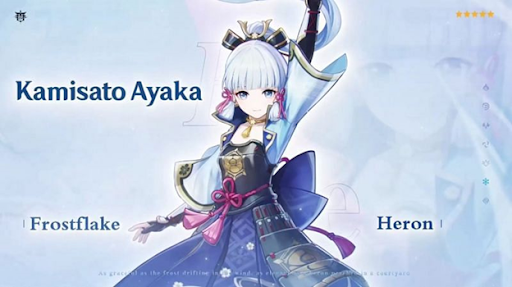 These characters are confirmed to appear in the upcoming character banner in Genshin Impact. Mihoyo stated that the characters that will be released in the 2.0 update are just the first wave of Inazuma characters.