The Filipino influence in Global CODM

The Call of Duty Mobile Masters Tournament for both North America and Europe came to a close just over a week ago, with Tribe Gaming and Nova Esports coming out on top for their respective regions winning 25,000 USD each of the 50,000 USD prize pool of both tournaments. The event was filled to the brim with highlights but several Filipinos stood out by showcasing their craft and doing what they do best in their own fields.

With that being said, meet the Filipinos who left their imprints at CODM Masters and etched their names into the annals of the Global CODM scene.

The architects of the championship-winning teams from North America and Europe, Image and Clout were instrumental in leading their teams to victory as they provided the brains en route to their victory in Masters.

Image, who is based in Winnipeg, Canada, described Tribe’s conquest of North America and what it means to him.

“Right now, it doesn’t mean anything. I was extremely happy to have been able to pull off a win despite the number of obstacles we faced in Masters. It proved our dominance in North America. We will get stronger for the Worlds to dominate most of the other regions as well. After all the work we put into this, it meant everything to get that win. I could feel the passion every day I am with these guys. The job is not finished yet.” 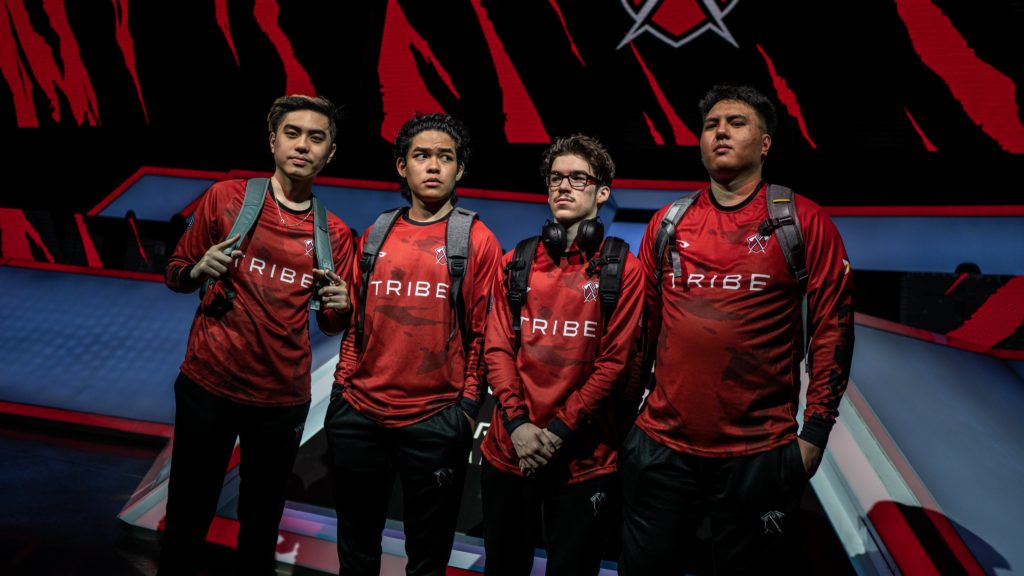 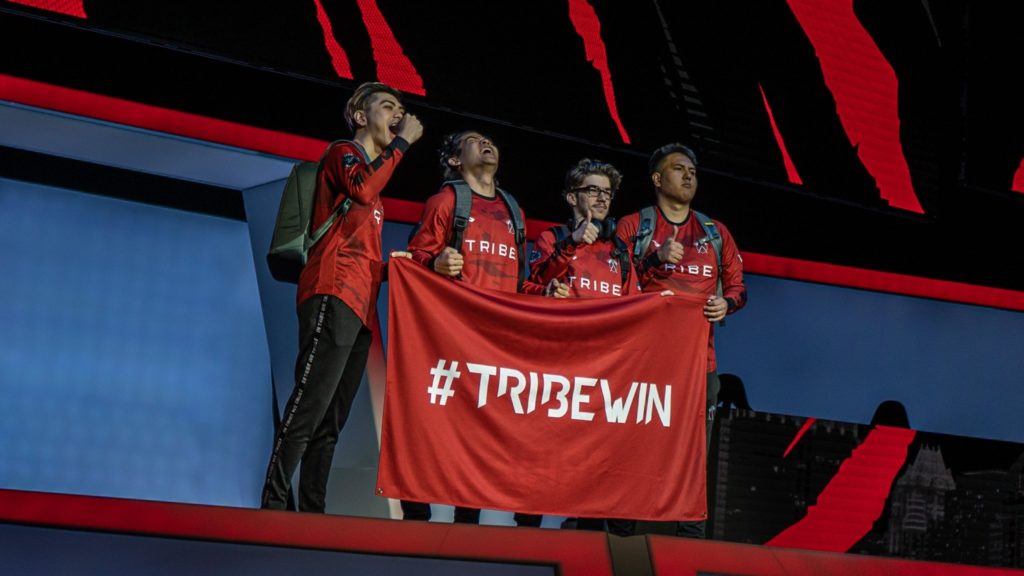 New York-based Clout, who happens to be a former player from Tribe, echoed the same sentiments as well. He also deflected the credit to his players for their efforts in conquering Europe.

We are your #CoDMobile #Masters EU CHAMPIONS! 🏆

“It’s an indescribable feeling, honestly, transitioning from being retired as a pro player in North America being a part of the team that won CODM Champs 2020 in North America (with Tribe Gaming), to then coach a team in Europe in a short time span. Not many people can say they are back-to-back Regional Champs in two regions for CODM. or me and my team at Nova Esports which honestly deserves as much if not more credit than me: Yahya – the captain and IGL, Mxrki, Turulele, SaTurNZz, Kxrma, as well as my beautiful managers Anissa and Anna, we are truly happy and blessed that all our hard work has paid off, there were a lot of challenges that we all had to face, but we came together and supported each other not just as a team but as a family and we are excited to meet with each other and play in Worlds,” Clout said. 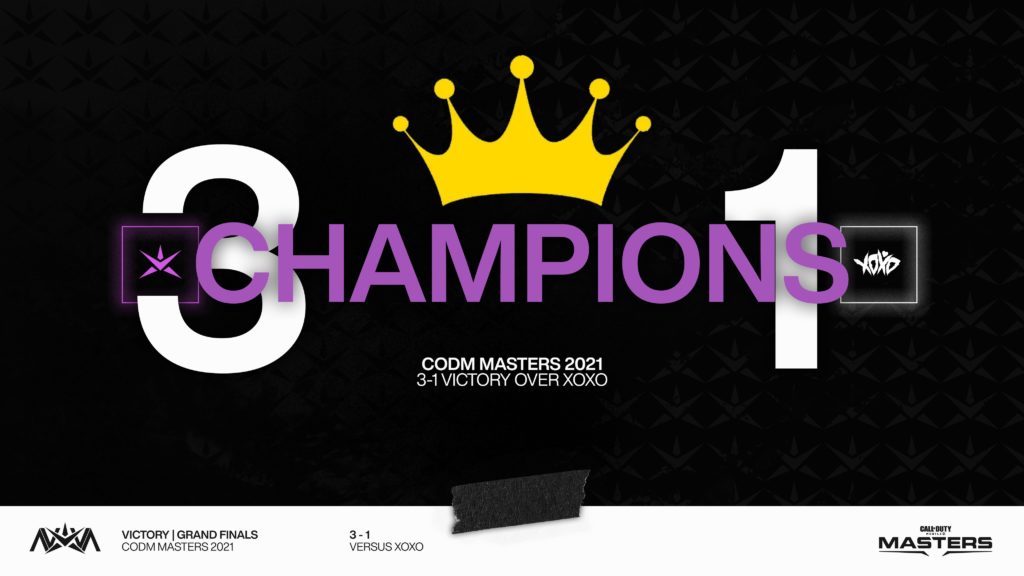 Moreover, both coaches acknowledged their teams’ adversities (from teams denying them scrims to technical difficulties while playing in Masters) and how they helped them develop into tougher and more resilient squads.

“The fact that we won Masters’ despite all of the things we had to go through versus other teams was a testament to how we adapted despite the circumstances,” Clout shared.

“My job was to keep the team together mentally and rise up. We had many obstacles to overcome but it was a blessing that we have a wonderful organization that supports the team in any way that they can is a great feeling and that proved the true strength of our team, our resilience,” Image said in agreement.

While coaches plan and strategize for the team, players do the executing in-game as well as working with their teammates in order to win. As a testament to their efforts which were rewarded for being able to compete at the highest level, Kent “Banned” Nerves, Manuel “Saxy” Manag, and Geneil “nEiL” Dacanay did well to answer the call and manifested their best forms in-game. These three men did that in every way imaginable, pushing through all the way to the Masters’ Finals.

“Winning the Masters means so much to me and my team especially for me, as I was giving it all my best to win for BoLu (Tribe Gaming’s Captain) since it was technically my fault why he couldn’t play with us,” said Banned, who stepped up big time and becoming Tribe’s main fragger.

Tribe actually had to play without their best player and in-game leader due to an injury to his arm, but that didn’t stop Banned and crew to get the victory. He says they dedicated the championship to their fallen captain.

“If y’all haven’t heard, it was me who arm-wrestled BoLu the first day we met in Texas [for our bootcamp] which led to his broken arm. It took a heavy toll on me mentally and I just wanted to blame myself even when he told me it wasn’t my fault at all. BoLu was our captain and in-game leader and he played a big role in the team, so I knew we had to work 10 times harder and get our chemistry going. But at the end of the day, I trusted my teammates to perform how they usually perform and they did which won us the NA Regionals,” the Cebuano and now California-native added.

On the other hand, Saxy, whose team finished 3rd in his region, says they cherished the Masters’ experience and qualify for the world championships.

“Our journey in Masters was like a roller coaster we’ve been through the ups and downs, we definitely didn’t get the place that we wanted but I was so proud of the team’s attitude before, during, and after the tournament. We kept our composure up and we lifted each other’s hearts when someone is feeling down. There was no blaming at each other at all, everybody knew that everybody makes mistakes and we didn’t let those mistakes get the best of us. We still have a shot at NA regionals soon so we’re looking forward to that and we’ll definitely do better,” he said.

In a shocking development, however, nEiL’s team XOXO, who finished 2nd place in Europe only behind Nova Esports, announced their disbandment in the aftermath of the tournament. The 20-year-old currently residing in Germany says although he is being now recruited by other European teams, he still could not believe what has happened.

“I’m still trying to move on, it’s a bit hard to process. I’ve had offers from good teams in Europe though and we’ll have to wait and find out to see how this goes,” he shared.

Note: As of this article’s writing, nEiL has been officially picked up by Nova Esports, and thus joining forces with fellow Filipino and Nova Esports coach Joel “Clout” Torres. Together they will represent the Philippines globally in the CODM World Champs 2021.

In the meantime, we’re saying FAREWELL to @BabaJagaCODM & @RanveyCODM and wishing good luck for their future endeavors. 🙏🏻#NOVASTRONG #CallofDutyMobile pic.twitter.com/0xyBT5HlhH 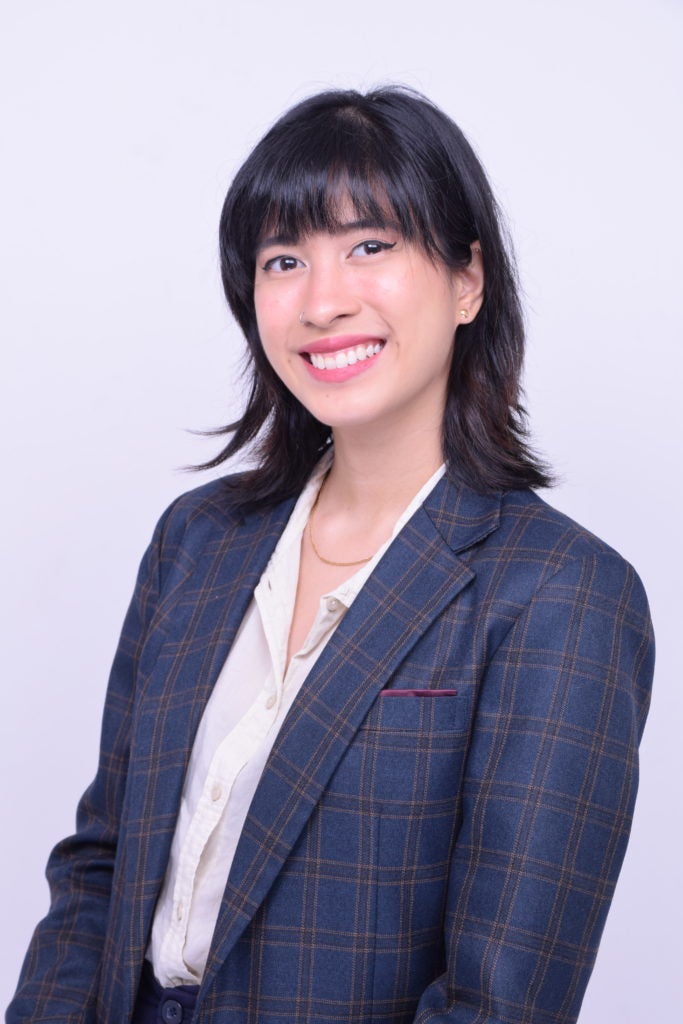 Another Filipino that took part in Master’s was Alliana “BeefMami” Liongson, who showcased her casting skills with great poise. She started shoutcasting in the Philippines’ CODM Championship as well as the Valkyrie Series (CODM Southeast Asian Championship for women) until by chance, she was discovered by Activision (CODM producers/developers) and was hired to shoutcast Masters after seeing what she could do in the country’s scene.

“They [Activision] thought I had the chops to shoutcast for Global CODM pro scene, so the experience was overwhelming because I had just started shoutcasting January 2021. I knew this was a really big opportunity to cast my first international tournament and be alongside big names in the esports broadcasting world,” she shared. 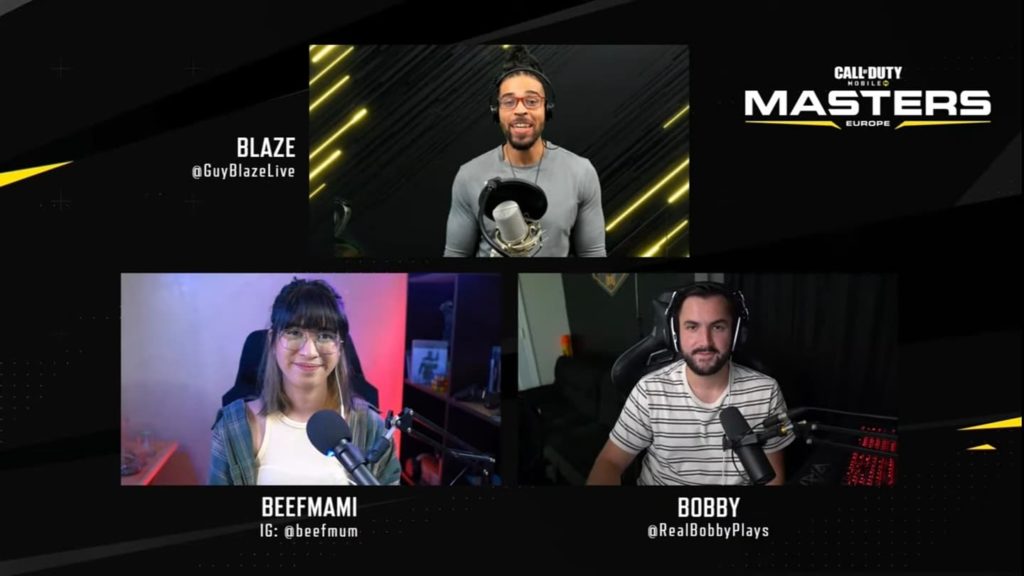 The 25-year-old certainly didn’t disappoint, as she was praised by the audience and her co-casters alike for her deep knowledge of the game while at the same time combining her striking shoutcasting skills and appealing looks to the delight of the fans. Her performance in Masters was seen and heard as one of the best shoutcasting deliveries in the CODM competitive scene to date, proving she can hang with the best of the best in the business and that Filipinos (and women) can be as good as they come in this industry and field as well.

“When I was casting Masters, it really humbled me. My fellow casters already had established careers either in shoutcasting or as a content creator. Seeing that, I learned at the end of the day, I still had a long way to go in terms of my skills in shoutcasting. Seeing the veterans really inspired me to be just as good as them.” 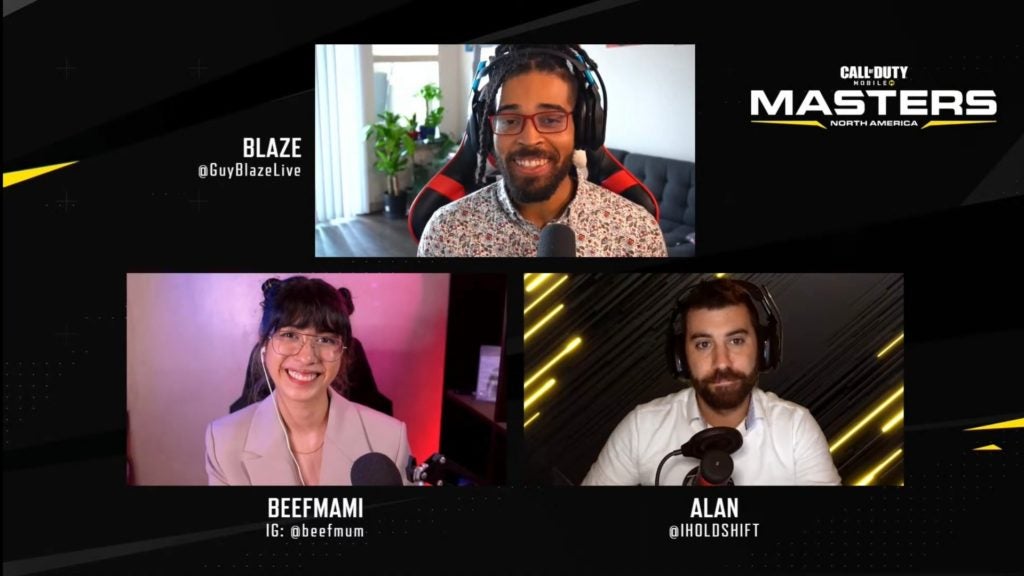 Having made history as the first Filipino caster and even the first female caster in the biggest stage of CODM, BeefMami offered some words of advice to any aspiring Filipino CODM player out there on how to approach and look at the game moving forward.

“Just keep on grinding. If you really love the game and if your path is clear going pro just do it. There will be some compromises though so if you are planning on taking the challenge of being in esports, know that you will have to give some things up for this career. In recent years gaming has been taken more and more seriously. The road is not going to be easy but the timing is so good for us Filipinos right now since all facets of esports is rapidly being established as a legitimate career.”