With a franchise-style league being adapted for the new season, newcomers have emerged. One of these teams is RSG.

RSG is a Singapore-based, Southeast Asian esports org that caters to multiple countries and games. In MLBB, they also have competitive teams in Malaysia and Singapore.

Leading RSG’s Philippine operations is Sir Richardson “RJ” Jacinto. The country manager of RSG sat down with us (virtually) to talk about their plans and thoughts about expanding in the country.

Expanding Into The New MPL-PH 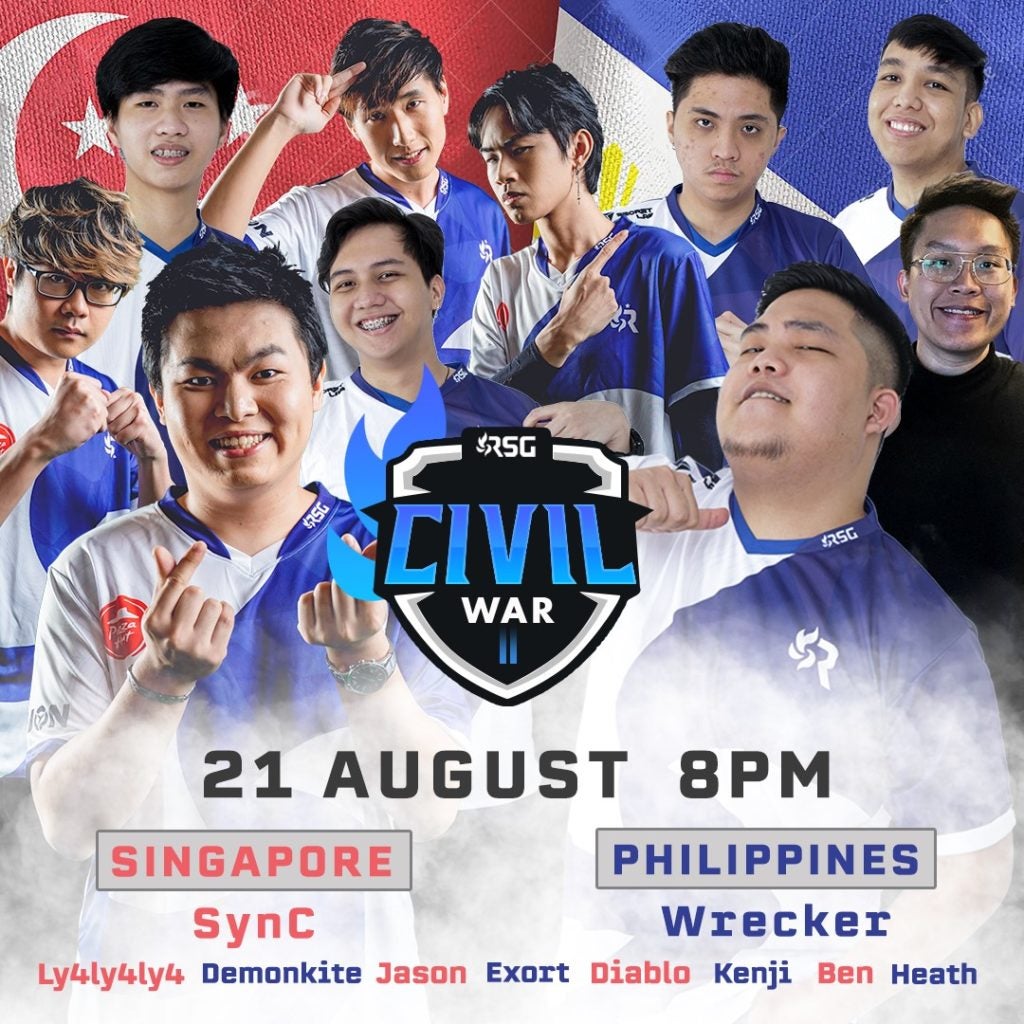 RSG joined the PH scene just in time when the country’s MPL format switched to a franchise-style league. Sir RJ thinks that this move has its own pros and cons.

“Generally, I think it’s good for the [Mobile Legends] scene itself. It’s really creating a sense of stability for everyone involved. Teams can now look into the future… do bolder things,” he stated.

He then added that teams can no longer experience the fear of getting relegated out of the league and can now focus on long-term goals. He described the effect of the switch to the franchise-style league as a catalyst that reignited competitive storylines.

With many prominent MLBB personalities in their roster, including popular streamer-turned pro Elyson Edouard “Wrecker” Caranza, he shared that it wouldn’t be possible if it weren’t for the franchising format.

“Pwede na kami gumawa ng mga bold moves. For example, we brought [Wrecker] to our roster. It’s for our fan-building, it’s for our community building. Teams can do it now. Di na kami matatakot na [sabihan ng] “uy baka kasi siya yung maging cause ng pagkalalag natin” diba? We can spice things up now with the inclusion of Wrecker.”

However, he then pointed out that this move by Moonton would have a greater impact on the amateur scene.

“Dati kahit sino, mangarap ka, basta magaling ka, you can enter MPL. You can be at the top of the food chain. Pwede ka mapunta sa “NBA” ng MLBB. Ngayon hindi eh. You have to the right connections. You have to be scouted by an MPL team. It’s gonna be harder for amateurs to go into the pro scene.”

On The RSG PH MLBB Team

Sir RJ revealed that they scouted the roster by simultaneously looking for amateurs and balancing it out with veteran presence.

“Yun talaga yung point namin. Honestly, when we scouted, sabi ko lang kay Panda “I think we need to look for amateur players.” Naniniwala ako na [inorder] make an impact or to break the equilibrium you have to bring in new people. Gutom tong mga bata namin. These kids will fight for it.”

With that said, Sir RJ expects them to become the champs despite MPL-PH being ultra-competitive just like Indonesia’s MPL scene.

“What kind of a country manager am I if I don’t expect them to be the champion, right?” Pero seriously speaking, [we at RSG] already know how competitive the Philippine MPL scene is. Mahirap masabi kasi kami yung pinakabago talaga eh. Kami yung binuo from scratch eh. Kami talaga yung from ground up.”

With an amalgamation of amateurs, a streamer, and veterans in the team, MPL fans worry about the team’s chemistry. Despite the doubters, Sir RJ believes the team can perform well in this season of MPL.

“I have seen the team play. I have very high hopes. A lot of people are counting them out. This team will definitely shock the whole MPL scene. They’re in for a fight.”

The Future Of RSG

With their expansion in the PH market, Sir RJ revealed that RSG aims to become one of the biggest organizations both in Southeast Asia and the Philippines.

“RSG is aiming to be one of the biggest, if not the biggest, esports organizations sa Southeast Asia or even dito sa Pilipinas. Expansion for us is always about timing and opportunity. Kung may opportunity for us to field a new team, then definitely we go for it. I, myself, am excited for the future.”

Although there have been talks already, they wanted to take this one step at a time by making sure they stabilize RSG as one of the organizations that can bring out the best in a player or talent.

RSG’s debut has been relatively successful as their first match in the MPL went 2-1 in their favor and it was against current M2 champions Bren Esports. However, they are currently ranked 7th with a match record of 2-2 and 4 points in their name in the MPL-Ph standings.

RSG’s next match is scheduled for tomorrow against Bren Esports at 8 PM.