Blacklist to become the second MPL Franchise to expand to CODM

Another MPL franchise has set its foot in the world of Call of Duty: Mobile.

This partnership was made possible by the efforts of Ultimate EPro owner Matt Gloria, who at just only 18 years old, might technically be the youngest CEO of a gaming organization in the country right now. 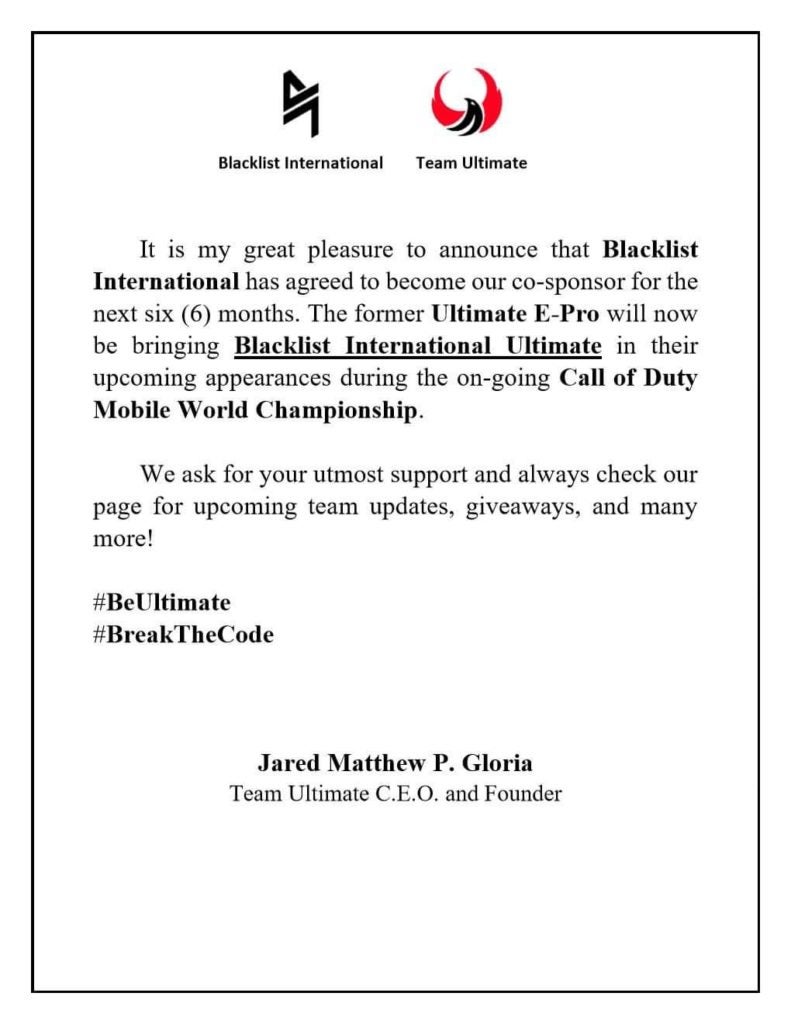 “Being a professional esports brand CEO at 18 was never easy. It all started when I was 17 and started sponsoring small teams. I never really expected that I’d even be in this position but with hard work and patience, all of it had a positive result. These achievements won’t be here with me if it wasn’t because of the three people who helped me throughout my journey as a leader: Sofia my best support system, Denz my OG business partner, and Jav my solid hypeman,” Gloria said.

“The partnership with blacklist is the biggest blessing for both the org (ULTIMATE) and the players. It was never really our plan to be the new Philippine CODM champions but we were just aiming to reach the top two to be able to represent the country. Through that championship title, we were able to showcase what the team could really bring out, and thankfully, Blacklist international saw the team’s potential and decided to agree with the partnership (Blacklist International.Ultimate), he added.”

This is such huge news for players and fans alike as it becomes clear that CODM is getting more and more recognition from other big organizations in the Philippines, and it’s only a matter of time before other franchises in MPL follow suit expanding to CODM.