To mark the annual celebration of the Globe National G Day, Philippine Pro Gaming League (PPGL’s) Valorant and League of Legends: Wild Rift SEA Icon Fall Season champions have pledged to share a portion of their prize money to charitable institutions of their choice.

The National G Day on September 17 or 917 does not only refer to Globe’s iconic prefix but is also the time when Globe and its partners come together to give back to the people.

Globe co-presents the PPGL, the largest multi-title gaming esports league in the Philippines, which is becoming an avenue for the country’s best esports athletes to uplift the lives of Filipinos aside from showcasing their skills. 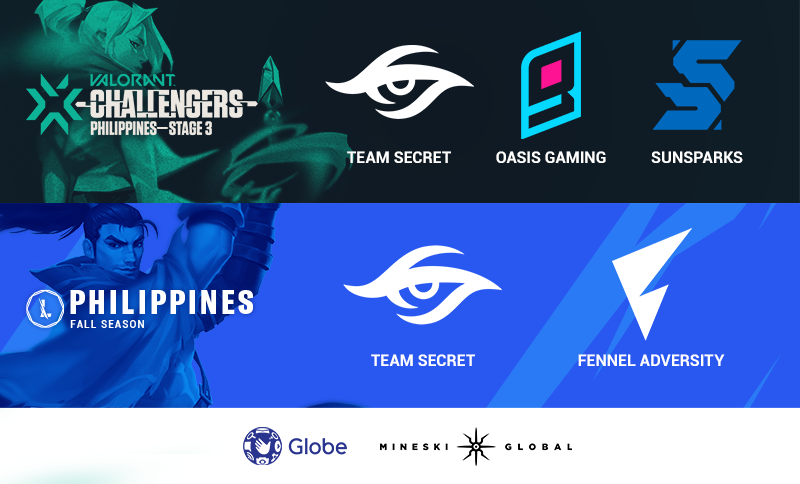 The winners of the Valorant Challengers Tournament Stage 3 Challengers PH—Sunsparks and Oasis Gaming—have already identified their beneficiaries from a list of non-profit organizations. Tanging Yaman Org and the Pawsion Project will both receive P50,000 each.  The same amount will be given to Wild Rift SEA Icon Series–Fall Season winners Team Secret and Fennel Adversity’s beneficiaries.

“Globe is embarking on a pioneering effort as it continues its thrust to serve as the stepping stone for Filipino gamers to international success.  We are presenting the best of Philippine talents to the rest of the world while helping them champion the community they support,” said Rina Siongco, Head of Get Entertained Tribe at Globe.

“Mineski has always advocated for responsible gaming. We look forward to providing more opportunities for gamers to not just compete at a global standard, but also give back to society and support good causes such as these,” said Mark Navarro, Country Manager of Mineski Global, one of Southeast Asia’s largest esports organizations and organizer of PPGL.

True to form, the PPGL has allowed Filipino esports athletes to shine on a regional and world stage. The rising popularity of esports in the country has also paved the way for communities to band together.

Being the co-presenter of PPGL, Globe solidifies its play in the esports industry by bringing the best esports tournament to its subscribers. This is done in the form of the tournaments held in PPGL, where top esports talents of the featured games battle it out to see who is the best in the Philippines. Winning teams also have the chance to compete in the regional and world championships of the respective games.

Globe is committed to upholding the United Nations Global Compact principles and contributing to the 10 United Nations Sustainable Development Goals.