3 for Day 3: Smart Omega starts to gain traction in top-heavy Group A

Smart Omega is beginning to show their caliber against other champion teams of Southeast Asia as they collected three (3) important points last night, the third day of the ongoing CODM Garena Qualifiers.

The reigning kings of Garena from over a year ago lost to Thailand champions Sharper Esport in Hardpoint at Takeoff (54-150) and Domination at Summit (118-150) but won one in Search and Destroy at Raid 6-5 in a nail-biting fashion to earn a point in the series. 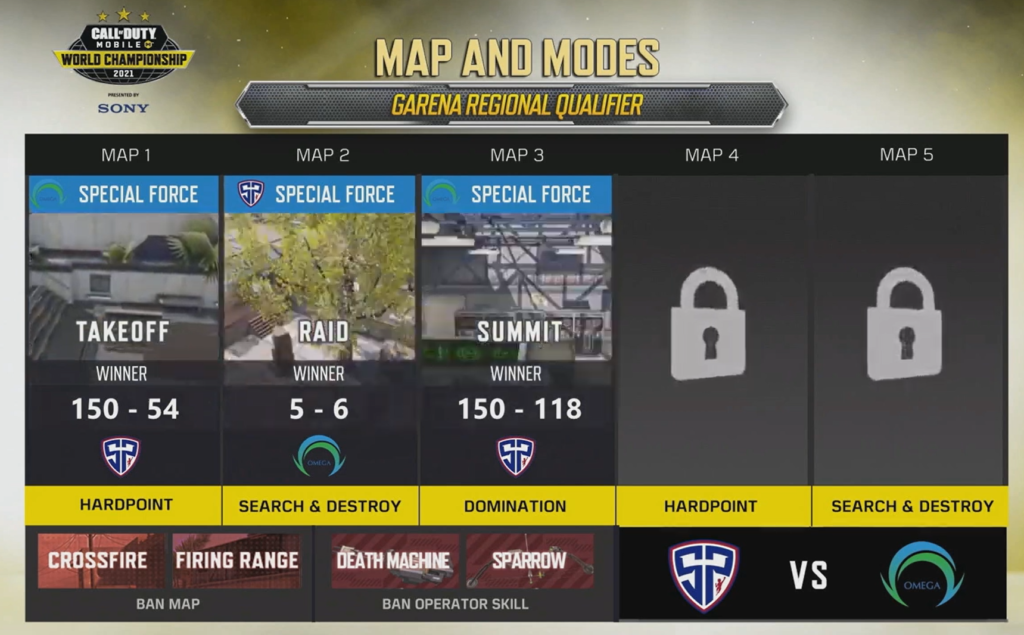 “Going into last night’s games, we expected to have a tough match especially against Sharper Esports and we definitely got overwhelmed on the 1st series due to ping disadvantage,” coach Bruce “Device” Cruz of Omega said.

The team didn’t let their previous game faze them though, as they went in dominated against Indonesian champions Rimo Sadewa winning 150-92 in Hardpoint at Summit and 6-4 in Search and Destroy at Crossfire before losing a hard-fought 141-150 in Domination at Firing Range. They were led by Kennedy “iDra” Mondoy, finishing with an impressive 18/13/7 KDA ratio. 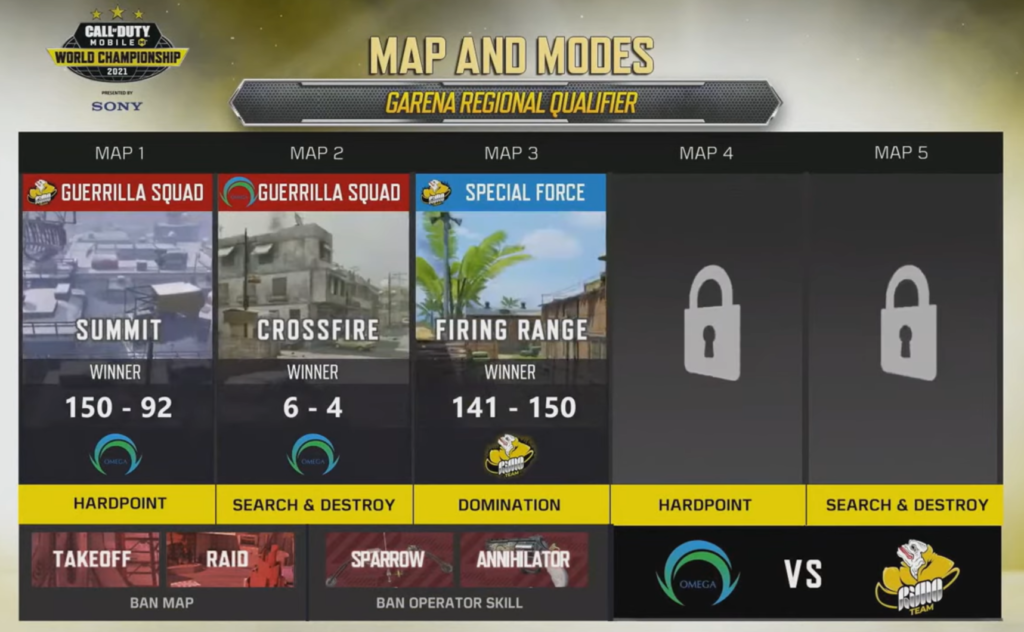 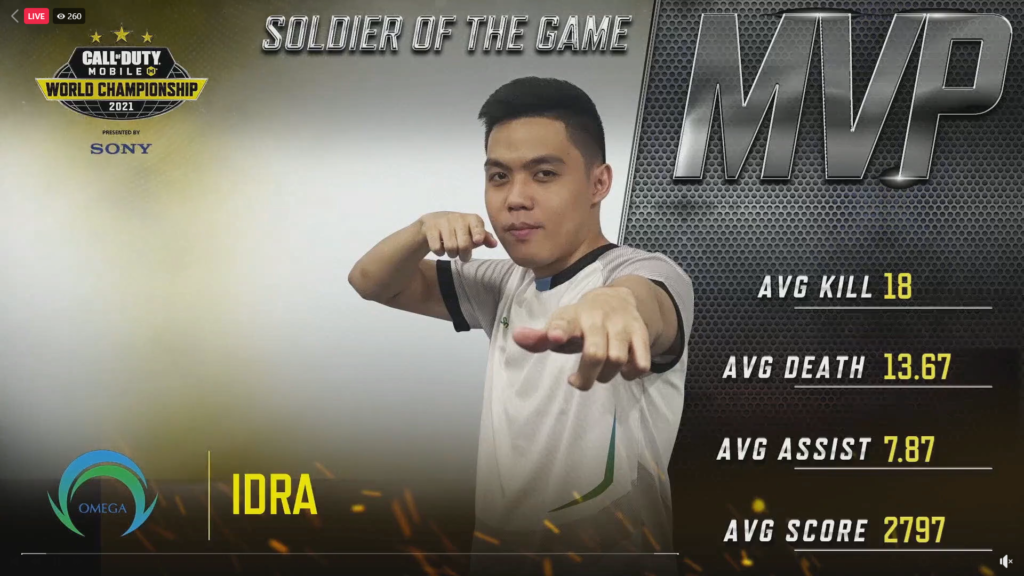 “We definitely could have done better without the ping disadvantage against Sharper Esports but as long as we took 1 map off of them, we are a little bit satisfied. As for Rimo Sadewa, we are slightly regretful that we did not get the 3-0 against them but we are happy with the result,” coach Device added.

With its series win against Rimo, Smart Omega earned 2 points and 3 points overall for the day, finishing with 7 wins and 5 losses.

Smart Omega will play their penultimate game against Yoodo RSG of Malaysia on October 11 with the hopes of winning the series to have a better positioning going into the playoffs.