With the first half of playdates having gone around already, teams are hard-pressed to find their groove in order to qualify for the playoffs. Blacklist International.Ultimate is one of them after a so-so performance last night in the ongoing CODM Garena Regional Qualifier.

Led by their captain John Benedict “JaBen” Julio with a 15/9/2 KDA ratio, the newly-crowned kings of Philippine CODM first pounced on a struggling SEM9 squad, the champions of Malaysia, who couldn’t seem to find their rhythm all tournament long. Blacklist dominated all throughout the three modes, scoring 150-50 in Hardpoint at Summit, 6-2 in Search and Destroy in Crossfire, and 150-69 in Domination at Raid. 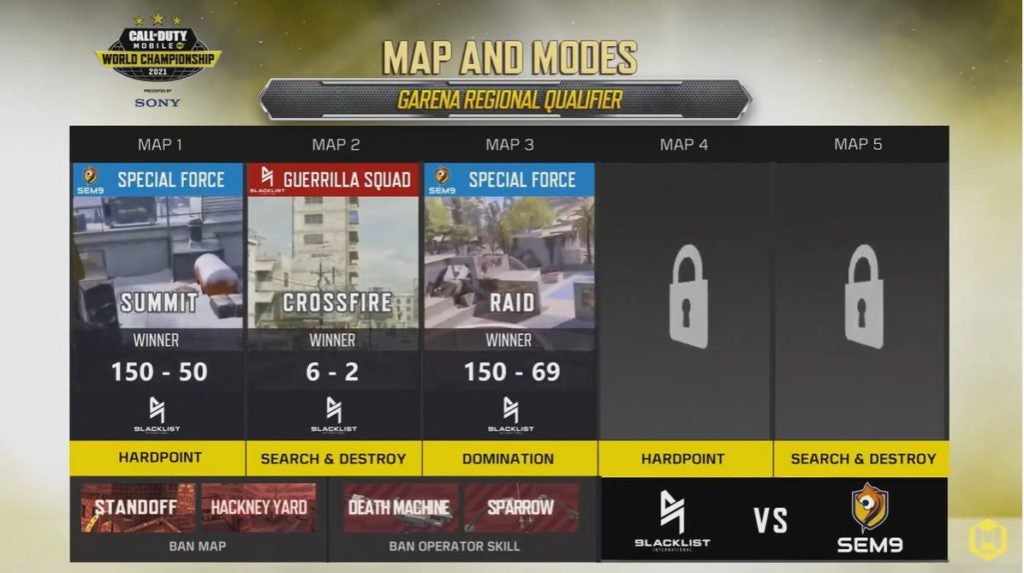 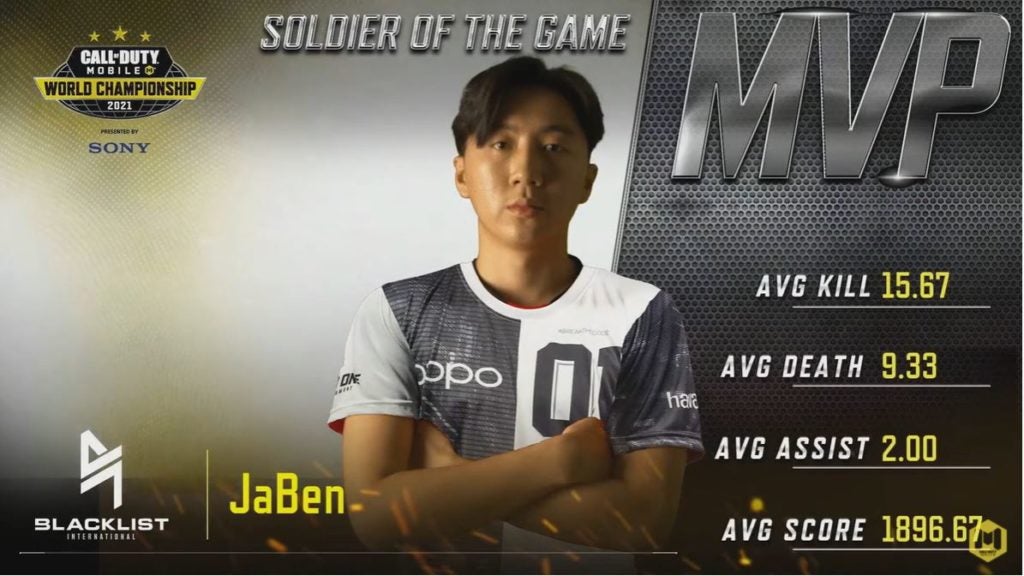 The Filipinos then fell to the Indonesian DG Esports squad 0-3, who even without their best player due to age ineligibility seems to still be sharp and on target. They lost 90-150 in Hardpoint at Summit, 0-6 in Search and Destroy at Raid, and 131-150 in Domination at Summit. 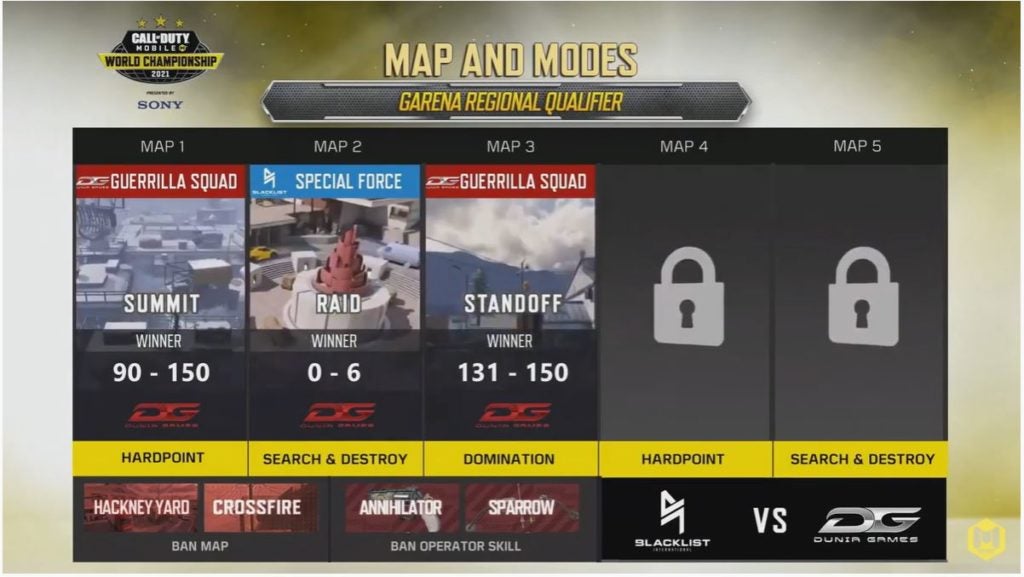 CEO of Team Ultimate Matt Gloria had something to say about last night’s games.

“To be honest, I was expecting a win for both games. They showed a good performance against SEM9 but the match against Dunia Games was totally a mess. My players did not expect the aggressiveness coming in from DG which caught them off-guard and that’s when they started becoming rattled,” he said.

“I am nowhere near satisfied with last night’s performance despite the 3-0 against SEM9. Too [many] crucial errors were made and I think that they could’ve dominated the first match more if they communicated more as a team. The match against DG was the worst performance of these boys during the whole season and I guess it was an eye-opener for them that they really had to start stepping up,” he added.

With the result of last night’s games, Blacklist earned a total of 3 wins and 3 losses, therefore, pushing their status as the number 4 seed in Group B as of today, with 4 wins against 5 losses. 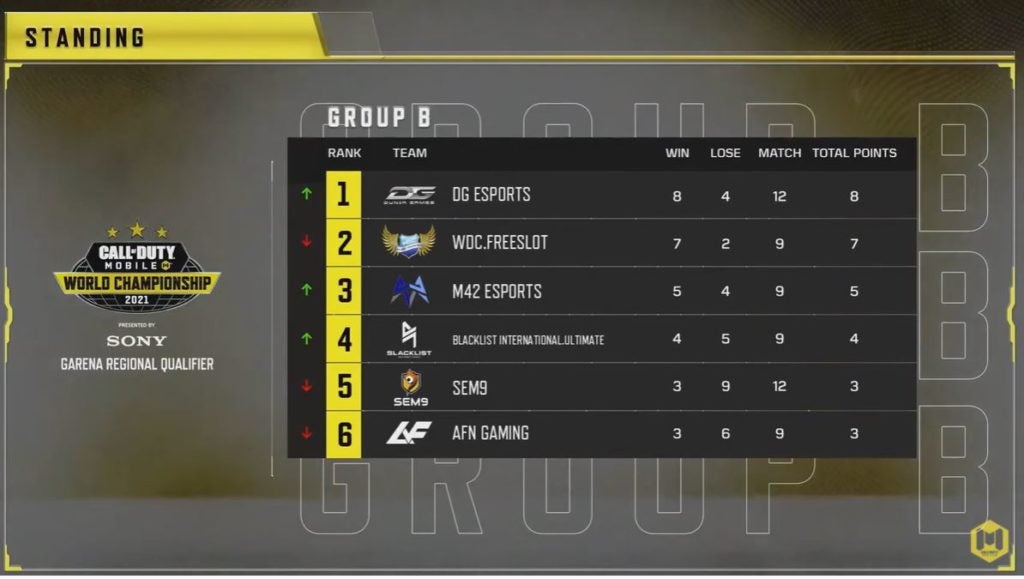 The team still has a chance to move up in the standings when they face M42 Esports of Singapore and AFN Gaming of Taiwan on October 12.

PBA: San Miguel gets back at TNT, forces semis Game 7