LXIX, which came into the game as the number 1 seed expected a tough challenge from the number 2 seed PDR. Sure enough, their fellow Filipinas gave them a run for their money, handing them their first map loss across 12 matches.

PDR Bees struck first in Hardpoint at Standoff, winning with an impressive 150-122 scoreline. However, LXIX won the next two maps in Search and Destroy at Firing Range 6-1 and 150-112 in Domination at Crossfire. On the other hand, Nifty Ultra AJW nipped AiM Genesis 150-124 in Hardpoint at Standoff, 6-3 in Search and Destroy at Crossfire, and 150-101 in Domination at Summit. With the results of last night’s matches, Tyrant LXIX stayed at the top of the standings with 11 wins and only 1 loss, while PDR came into a joint tie for second and third place with Singapore’s Lugiami with 9 wins and 3 losses apiece. NU AJW comes in at 4th with 7 wins against 5 losses, while AiM Genesis rounds out the top 5 with 5 wins and 7 losses. Only the top 4 teams advance to the playoffs to figure it out on a double-elimination format on November 16 and 17. 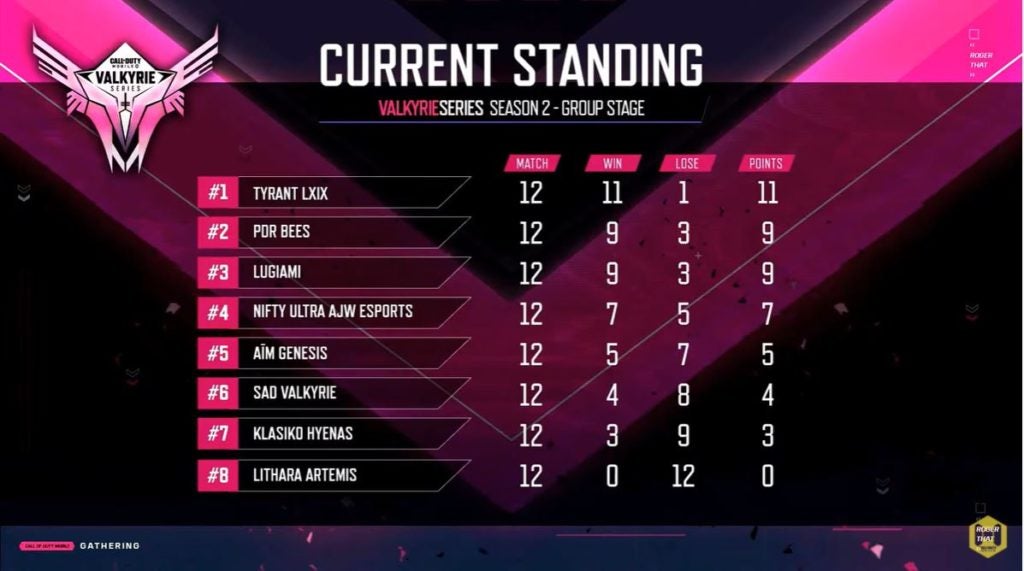 The action continues for the Filipinas later tonight on the tournament’s fifth day. Watch all the games live on Garena CODM’s Facebook page and YouTube channel.