Tyrant LXIX completed one of the most dominant title runs of any CODM women’s team to win the Valkyrie Series Season 2 after beating fellow Filipino team Nifty Ultra AJW 3-0, on Wednesday night, November 17.

LXIX, who came up one step short in the last Valkyrie Series, finished the entire tournament with only 2 map losses for a final record of 29-2. They went 9 wins against only 1 loss in the playoffs, with the most notable being a 3-0 thrashing against Valkyrie Series Season 1 champion Lugiami of Singapore.

“I feel so proud [for] our team because we did not expect for a single moment that we can sweep and 3-0 the defending champions [Lugiami]. Whenever we think about what we did it’s like we ask ourselves “how did we do that” or “did we just do that” and stuff like that. I feel so happy because I realized all our efforts were rewarded,” team captain Raenan Isabel “Yakee” Villa said regarding their revenge against the Singaporean squad with whom they lost to in the grand finals of the last Valkyrie Series.

LXIX started strong and never looked back, scoring 150-141 in Hardpoint at Standoff, 6-3 in Search and Destroy at Raid and 150-124 in Domination at Firing Range.

They went on to face Nifty Ultra AJW in the finals and they achieved their ultimate goal with ease. 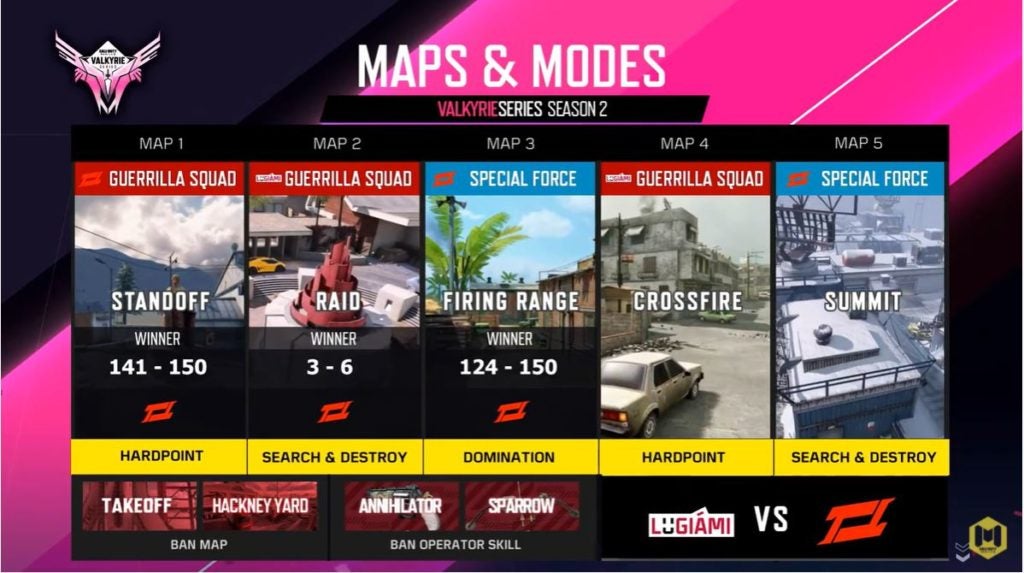 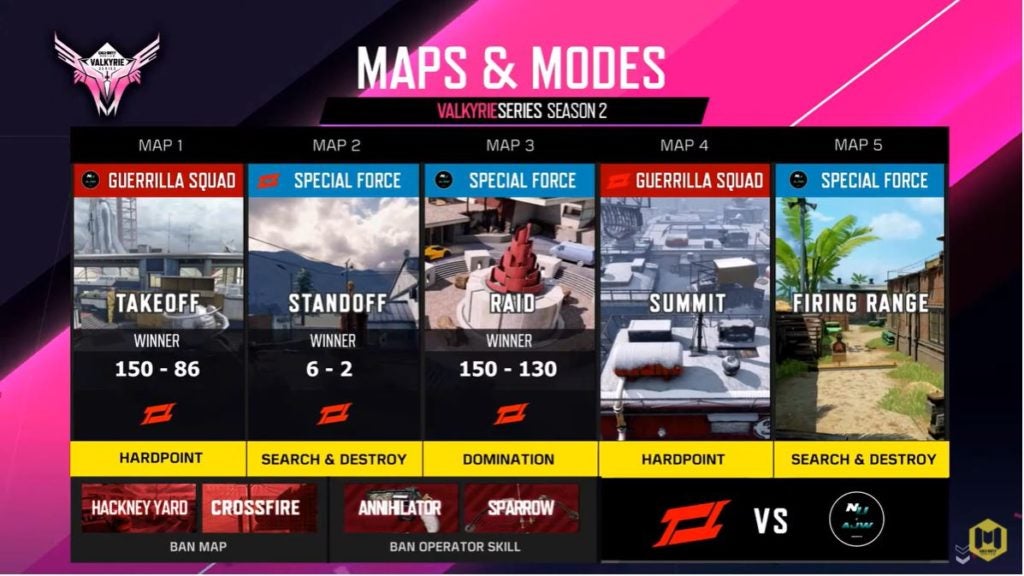 “We expected Lugiami will be our Finals opponent because they were the defending champs, and we were really looking forward to a finals rematch. But at the same time, we knew NU AJW could also upset Lugiami because they had momentum from their last game against PDR,” Tyrant boss Anton Artajo mentioned.

Moreover, with the team securing a finals slot in both seasons they’ve played thus far, perhaps the biggest difference in this version of LXIX was the experience and lessons they brought from last season and having the opportunity to be “under the care of a first-class gaming organization in Tyrant Esports”, according to their coach Emmanuel Zaragoza.

“It was our first majors’ appearance last season and we really admit that we had a lot of rookie mistakes that time in map picking and strategies, as well as our experience before, was less compared to now as we were under pressure most of the time and we didn’t enjoy playing the game as much,” he said.

“Also this season, being under Tyrant was a huge part of our success. We had our Bootcamp, which greatly increased our team’s bond and chemistry. In turn, we were much more focused and poised, as I always reminded the team to give their 100% commitment every game and should not back down to any challenge,” he added.

Tyrant boss Gil Paulo Santos shared his sentiments about the team’s victory and what this means for Tyrant Esports moving forward.

“We admire the girls’ drive and approach to the game. We honestly couldn’t ask for a better performance from them. They definitely put on a show and dominated the entire competition. This championship means a lot for our org, not only because we broke our championship drought, but also because we did it for our country which gives us a greater sense of pride. As active advocates for esports, this could increase our brand reach and hopefully inspire more and more people to pursue their dreams no matter the odds,” he said in an ending statement.