Valorant’s newest agent, Neon, is set to hit servers fresh out of the streets of Manila later this week to kick off Episode 4: Disruption.

Esports Inquirer sat down with Neon’s voice actress, Vanille Velasquez, to talk about the early days of her career, the pressure that comes with bringing Valorant’s first Filipino agent to life, and the importance of having Filipinos work on a Filipino character.

What inspired you to become a voice actress?

[I loved playing games and watching anime as a child so much that I wanted to be a part of them too. I started voice acting at around 10, 11 years old in 2009. I saw a lot of people doing voice acting videos on Youtube so I tried doing that as well.]

I kept doing it for years, for free, on Youtube, for fun, because I had no idea how to be a professional.

It wasn’t until 2016, sumali ako sa Dubbing Academy sa Hero TV. Ayun, nakuha ako. [I joined the Dubbing Academy in Hero TV. I got in]. After that I got my one and only anime dub kasi nagsara ang Hero one year after [because Hero closed down a year after]. At the same time, I also did voice acting gigs for indie games and indie animations online. 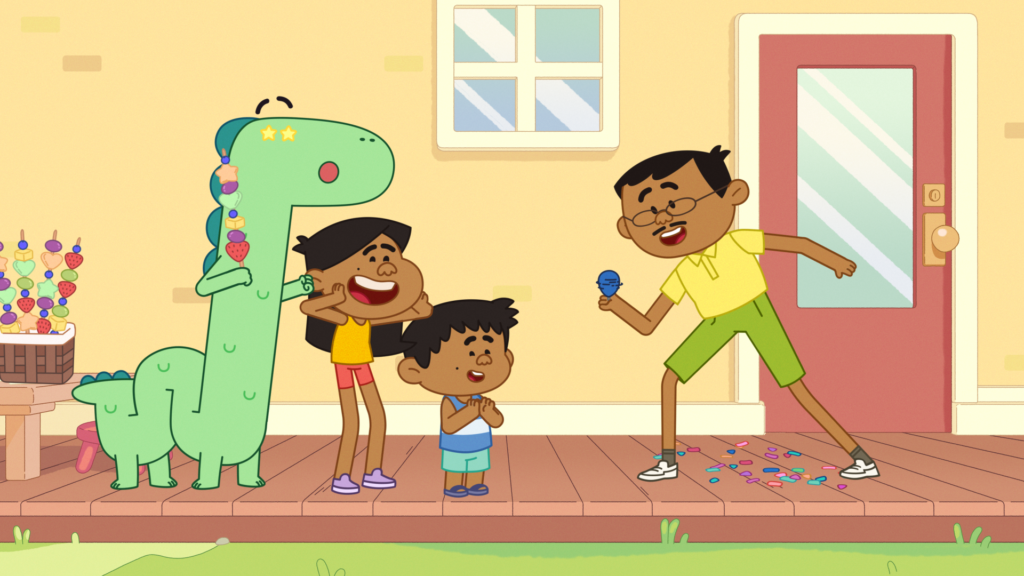 I actually went full-time in voice acting when I graduated from college in 2019. Since then I’ve been able to do TV gigs, including one in the US. The show was Jelly, Ben & Pogo on PBS Kids and it was about siblings in a Filipino-American household. I’d like to think the show as a whole was a good step for representation. 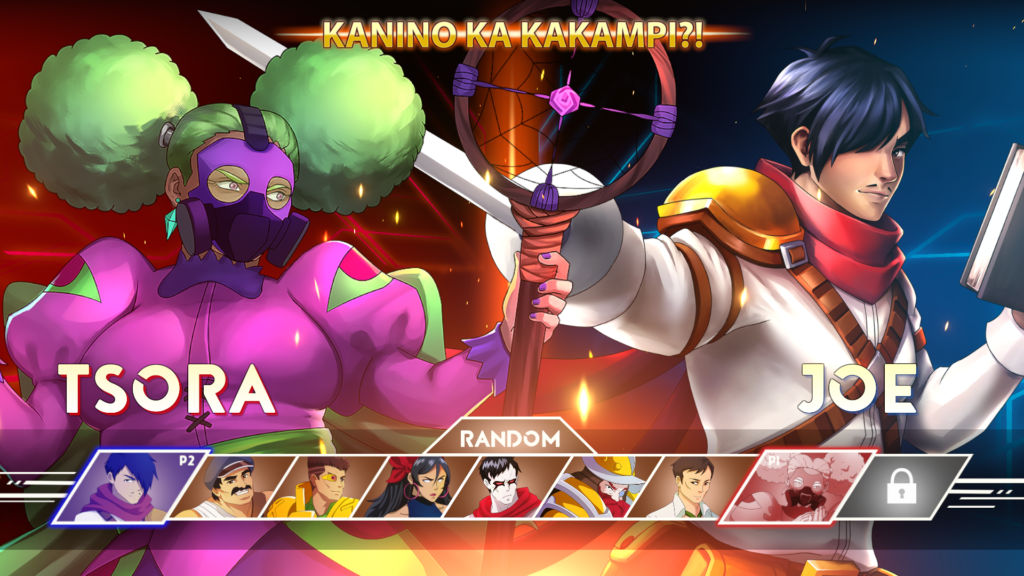 One of the notable indie games I worked on was Bayani, a fighting game with Pinoy heroes. I played Lolang Tsora, who was one of the later additions to the game.

Voice acting isn’t exactly a big industry in the country. As a young actress trying to make a name for herself, what were your experiences starting out as a voice actress in the Philippines?

I would say I’m very lucky because I discovered what I wanted to do in life early on so I was able to work towards it at a young age. I started while I was still in school, I didn’t go full-time until I finished college, so I had the chance to prepare myself for a career as a full-time voice actress before I needed to go full-time.

There’s a privilege that comes with my success and I acknowledge that.

So di ako na pressure maghanap agad ng trabaho, kasi [I didn’t feel any pressure to land gigs right away because] I started while I was still in school. So there’s a privilege that comes with my success and I acknowledge that, which is why I want to do my best to pay it forward and help other voice actors because I wouldn’t be here if it weren’t for my privilege so I just want to help as much as possible.

What was the audition process for Neon like? Can you walk us through how you got the role?

It was online and I had to audition twice. They were a month apart, the first one was in March 2021. I remember Riot calling me back on my dad’s birthday, so maybe that was my good luck charm. I recorded my audition lines at home like I usually do, in my mom’s walk-in closet. The developers were on call, I didn’t even see their faces, di rin nila ako nakikita [they didn’t see me either], it was an audio-only affair.

What did you think of Neon as a character?

I really loved how they crafted her. She just really feels authentic. Neon feels like an actual Filipino and I love how she’s not just full of stereotypes. It just shows that there are actual Filipinos who work on her behind the scenes and that’s how you create authentic representation, have people of that race, of that culture, involved.

The other night I got this tattoo, which I couldn’t really explain so I wanted to wait. It bears a lot more meaning now that everyone knows what it is 😎 #VALORANT pic.twitter.com/WutEL3jI4r

And it really shows that the people who worked on Neon care about her deeply. Just now I saw Ryan, one of the game designers, even got a tattoo of Neon’s ultimate symbol.

You love Neon, you’ve made that very clear. Were there any specific attributes you wanted to bring out of her with your voice acting?

I guess I just wanted to bring out the authenticity as much as possible. I wanted to make sure that whatever she says in Tagalog sounds natural.

Kapag nagtatagalog siya I want it to be strong, madiin [I wanted her to sound strong and forceful when she spoke Tagalog], but at the same time, I didn’t want her accent to be stereotypically hard and blocky like foreigner’s think we sound. I wanted her to showcase a more natural accent, kagaya ng pag-uusap natin right now [like how we’re talking right now], this is how we actually talk.

One of our writers excitedly pointed out that Neon sounds exactly the way she sounds so I guess that means you pulled off what you set out to do.

Yes. Yes, this is what authentic representation does. Mapapasabi ka talaga, “ganyan ako magsalita!” [You find yourself saying, “that’s how I talk!”]

We also talked about how young people hardly ever talk straight Filipino or straight English, it’s usually always a mix. Neon does that as well.

Yes. And we also have to understand it’s a game played all over the world so I can’t just go on and say all my lines in Tagalog.

Neon feels SO familiar to me. She speaks Tagalog & English, she calls her family overseas. She collects cute plushies, jams out, and decorates her room to look like the Philippines beaches. Like home.

This is the Filipino mainstream video game rep we needed. Thank you VALORANT🇵🇭 pic.twitter.com/8zOqPW6B0W

As the voice of the first Filipino agent in Valorant, could you share with us some of the challenges you faced during your time working on Neon?

Na-pepressure talaga ako noon [I really felt the pressure]. It made me anxious thinking about how people were going to react to her kasi bihira to mangyari, so I knew na mataas yung expectations [because things like these are rare, so I knew people had high expectations]. Everybody wanted it to be perfect.

Two days before the trailer was dropped, tulog lang ako nang tulog kasi sobrang kinakabahan ako [I just kept on sleeping because I was so nervous]. The pressure really gets to your head.

The effects of representation in a major game like Valorant cannot be overstated. How important is it to have actual Filipinos work on a Filipino character?

It really can’t be overstated. I’ve been playing games since I was a kid, fighting games, RPGs, Final Fantasy, games from PlayStation 1, I played a lot of those with my cousins.

Growing up, never ko naisip kung bakit walang Pinoy dun sa mga nilalaro ko. Nung tumatanda ako doon ko na napag-isipan talaga, “oo nga noh, why aren’t we in games?” Were we not worthy of being in games despite all the hard-working Filipinos in the industry?

[Growing up, the fact that there weren’t any Filipinos in the games I played never crossed my mind. It was only when I got older that I thought, “oh right, why aren’t we in games?”]

Seeing everybody’s reaction to Neon, even outside of her speaking lines, the trailer they made with all the little Pinoy references, the Gilas jersey, even the freaking walis tambo, it hyped people up. This is why it’s important to see yourself in mainstream media. It validates you, it tells you that you belong.

I know we’re talking about Neon but this is where one of Zeri’s quotes, “we belong here, we all belong here,” oddly fits well. It’s important that we’re seen in media and that we’re represented accurately.

[That goes to why it’s important to have actual Filipinos work on her because they’re the ones who actually know. You can research, but it’s really different when it comes from a Filipino. And it’s hard to research personal experience, the genuine experiences of a Filipino. What you feel and what you experience is different from what they just read about.]

You talked about the games you enjoyed as a child. What kind of games do you enjoy playing nowadays?

I’m really into games na nagfofocus sa story [that focus on the story]. Narrative-driven ones like Life is Strange and Detroit: Become Human. I’m also a big Final Fantasy fan. You didn’t ask, but I took my stage name from Oerba Dia Vanille from Final Fantasy XIII.

I’m a huge fan of Life is Strange so I was really excited because Ashly Burch, who played Chloe in Life is Strange, voiced Viper in Valorant. That was a fangirl moment for me. 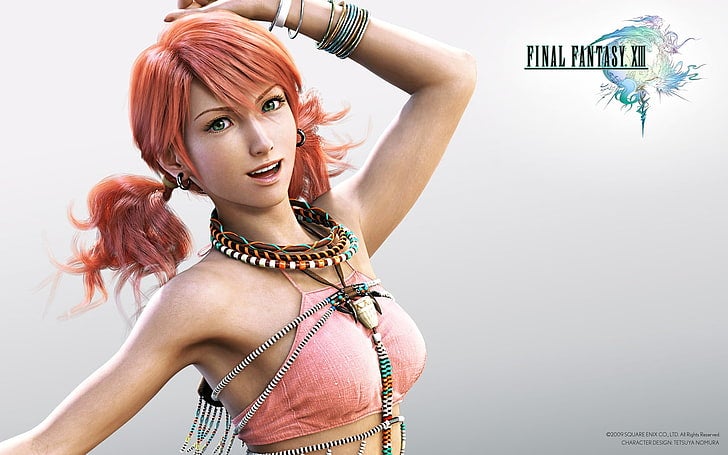 Yes, Vanille got her stage name from a Final Fantasy character.

As for competitive games, I’m not really into them kasi natatakot ako baka magalit sakin teammates ko [because I get scared when my teammates get mad at me]. I’m not good at shooters in particular, but I’d want to point out that League and Valorant have such rich and deep lore.

Especially League. Like, for a game that isn’t story-focused to have lore like that it blew my mind. I got in deep and read so much about Piltover and Zaun so when Arcane came out I was just, wow.

She has a line that goes, “please don’t die, I hate making new friends,” and I love how Neon and I share the same knack for dry humor. It’s something I would actually say, really. I would’ve tweeted that.

Nung inexplain ng devs sakin personality ni Neon inisip ko [When the devs explained Neon’s personality to me, I thought], “huh she’s kinda like me.” So when we got to the point na sinabi ko na yung line na yon sinabi ng director, “okay, I believe you, you are pretty similar.” That was a pretty cool moment.

We also came across a couple of Neon voice lines that mentioned her Lola during early access playtesting. Can you tell us about those?

My grandma passed away two years ago. I kind of feel sad na di niya naabutan na successful na career ko [that she isn’t around to see I’ve gotten successful in my career]. It means a lot to me that Neon has a line about making her Lola proud. I asked the writers, “did you do this on purpose?” Tapos sabi nila hindi [They said no], so it’s just, the stars aligned. It was fate and that line just means so much to me.

Can’t wait to try out Neon? Learn all about her abilities in our Neon Quickstart Guide.

SSS: COVID-hit members covered even if not hospitalized