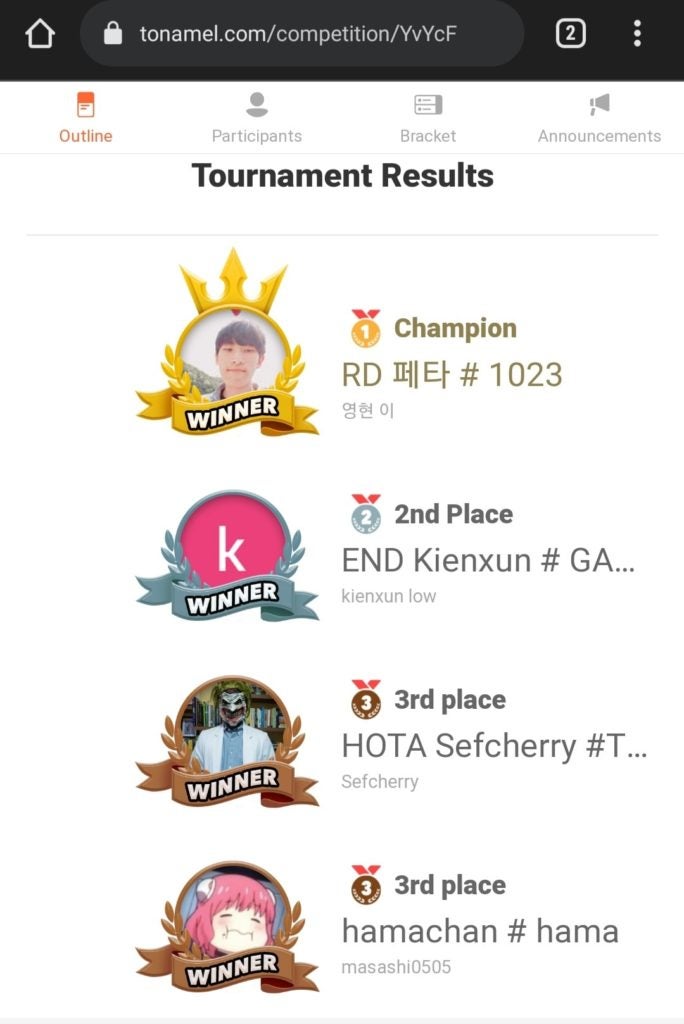 The Home of the Aces player joined the 海老江邦敬 (Kunitaka Ebie)’s Weekly Trend Cup vol.51, a one-deck, single-elimination tournament that featured 64 players from all over the APAC region. He used a Piltover & Zaun – Shadow Isles Corina Sentinel deck which featured the follower Corina Veraza working with Kindred, Elise, and Vi.

“I feel great and excited on [placing top 3]. Ever since open-server tournaments were gone, there’s not a lot of tournaments for SEA players to join, kaya sobrang excited ako na sumali sa (hence why I’m super excited I joined the) [海老江邦敬 (Kunitaka Ebie)’s Weekly Trend Cup vol.51],” Sefcherry described what he felt after placing top 3 in the Japanese tournament.

Meanwhile, the champion of the tournament was a player who went by the name RD 페타 while the second place went to Kienxun. He also shared the third-place position with a player named hamachan.

This tournament came right after the APAC region merged to become the Asia-Pacific Shard last January 19.

The merge also meant that the upcoming seasonal tournament will also be unified and become tougher, which Sefcherry is optimistic about.

With that said, the next seasonal tournament would be the Magic Misadventures Seasonal Tournament. For more information about which countries are part of the Asia-Pacific Shard, you can read our report here.

ADVERTISEMENT
Read Next
TSM FTX enters Dota 2 by signing Team Undying
EDITORS' PICK
Luxe property: A way to build, preserve wealth
House energy committee chair Arroyo bats for cheap electricity
PH detects local transmission of Omicron subvariant BA.2.12.1
OVP: Pilot’s claim vs Robredo ‘never happened’, a ‘malicious fabrication’
Petition to reverse Comelec decision on Bongbong Marcos’ DQ case reaches SC
Honolulu Café is the cure for your Egg Tarts and Roastings cravings
MOST READ
Heart Evangelista gets a ‘no’ from Chiz Escudero after asking, ‘Do I deserve a bag?’
Man posing as Marcos spox revealed to be an inmate in Bilibid — Guevarra
Congress canvassing of votes for president, VP to begin May 24
The muddled past of Nutribun
Don't miss out on the latest news and information.

Heart Evangelista gets a ‘no’ from Chiz Escudero after asking, ‘Do I deserve a bag?’

Congress canvassing of votes for president, VP to begin May 24

The muddled past of Nutribun