Someone Baked A Childe Cake & The Internet Loved It

A post on the Genshin impact global Facebook group about someone who baked a Childe cake went viral and the Internet instantly loved it. 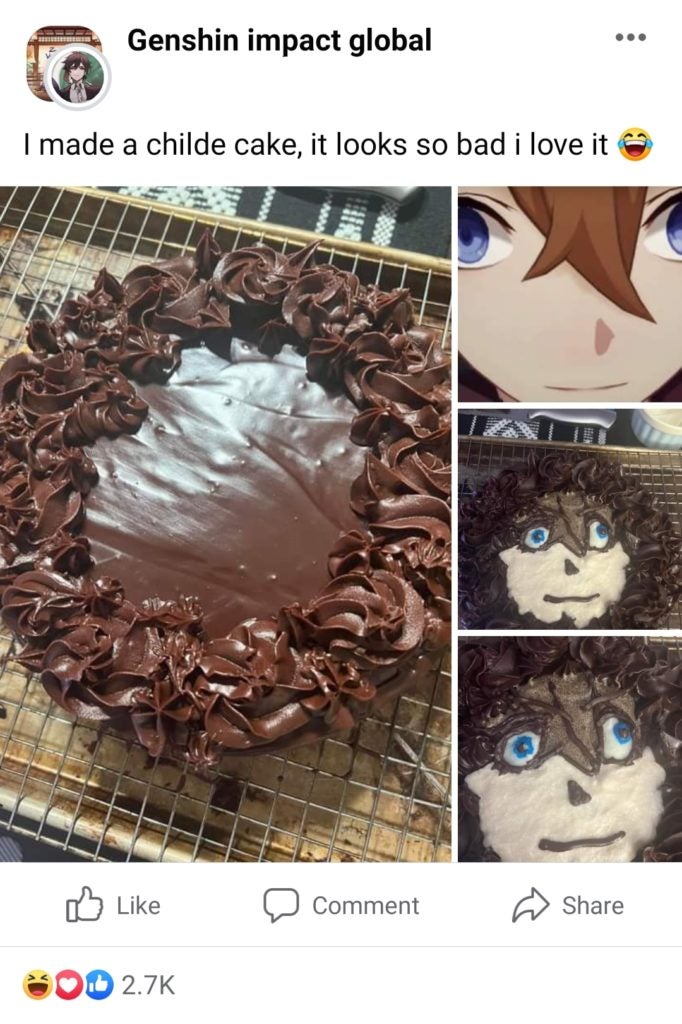 Che, who is a moderately active Genshin Impact player and TikTok content creator, posted pictures of the cake she made that was based on a Childe meme.

“I’ve been learning how to bake these past few weeks and it just so happened that it was my first time baking a cake. I suddenly got inspired by this one Childe cake that also went viral and decided to do my version of it,” Che revealed. “It was really just for a good laugh tho, and perhaps a TikTok video.”

The cake Che made was a devil’s cake which was filled and frosted with chocolate ganache. Meanwhile, Childe was made with a buttercream dye.

“It was also very delicious despite how it looked. It actually became my mom’s snack,” Che stated.

With 2.7K reactions, the Internet showed its fondness for the cake in the comments section. Here are some of the best quips we’ve seen so far: 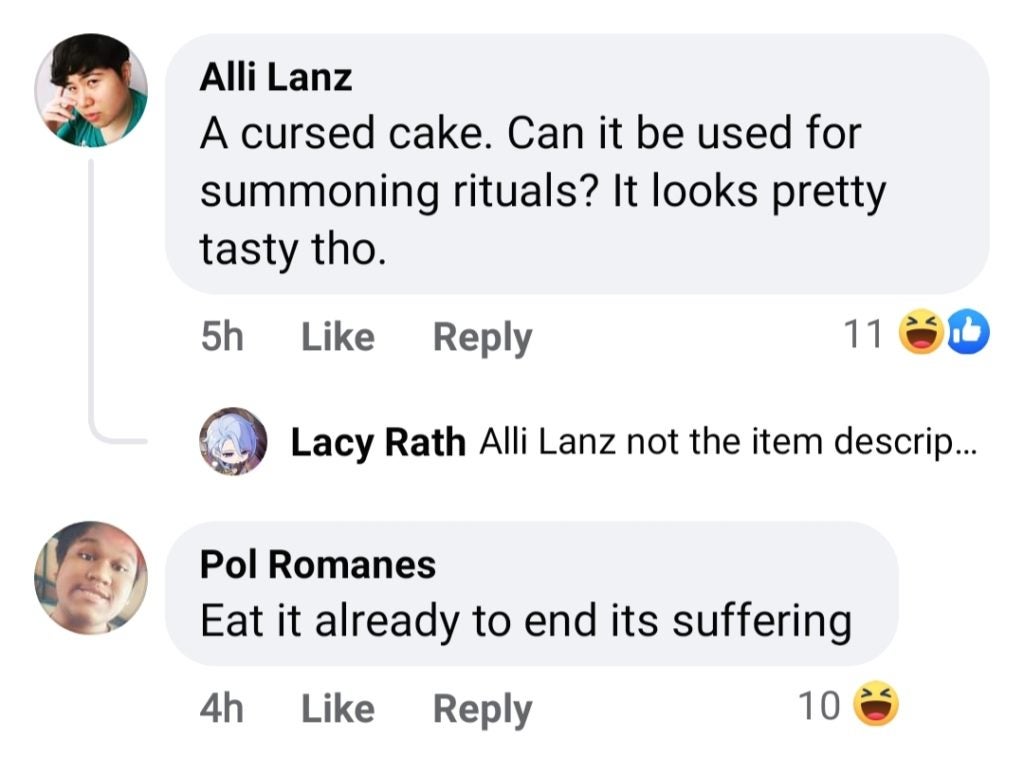 Che had also made several TikTok videos about the cake. You can check them out on her TikTok channel.