It’s only been the second day of the Dota 2 Stockholm Major but top-tier action between the world’s best teams shows no signs of slowing down.

Southeast Asian powerhouse T1 turned some heads after dispatching fan-favorites OG in an astounding 2-0 sweep. This comes after news of veteran offlaner and former OG core team member Sébastien “Ceb” Debs filling in for the team after Mikhael “Misha” Agatov failed to secure his Visa ahead of the Major. 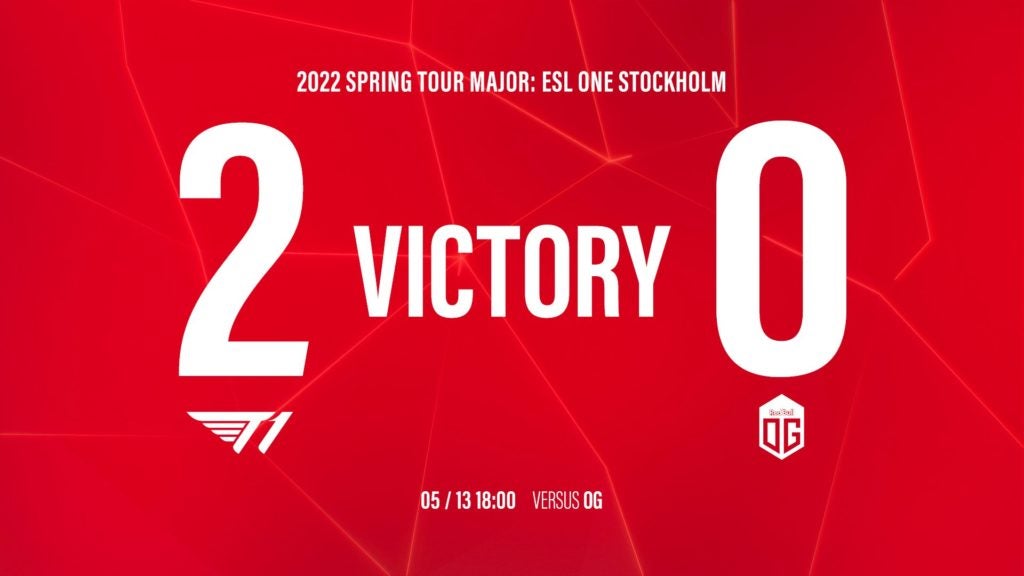 The first game of the series was a back-and-forth match in terms of kills, with OG leading 6-nil in the first few minutes of the early game. T1, however, managed to find their footing in the mid-game courtesy of Karl “Karl” Matthew Baldovino’s Lina. The T1 midlaner nagged the first kill against a troublesome Ammar “ATF” Al-Assaf in the bottom lane to give Kim “Gabbi” Villafuerte valuable breathing room. This was instrumental in helping T1 end the game in their favor, with a final kill score of 34-28.

Game 2 saw the SEA team bring forth an onslaught that the two-time TI champions were unable to recover from. Karl’s Puck completely obliterated Bozhidar “bzm” Bogdanov’s Storm Spirit in the midlane and rode his snowballing lead to dominate the whole game and end the series in a flawless 2-0.

Karl was hailed as ‘player of the game’ for both games, evident in his outstanding pick-offs and overall dominating performance in the midlane.

As usual, T1 took to social media and expressed their joy over the win through celebratory memes.

The team’s second game for the day was against South American team beastcoast, which ended in a 1-1 tie. As of writing, T1 stands atop Group A with a record of 2-1-0, tied with Tundra Esports, while OG sits in 4th place with a record of 1-1-2.