Lechonk is the Internet’s new favorite Pokémon and for good reason. 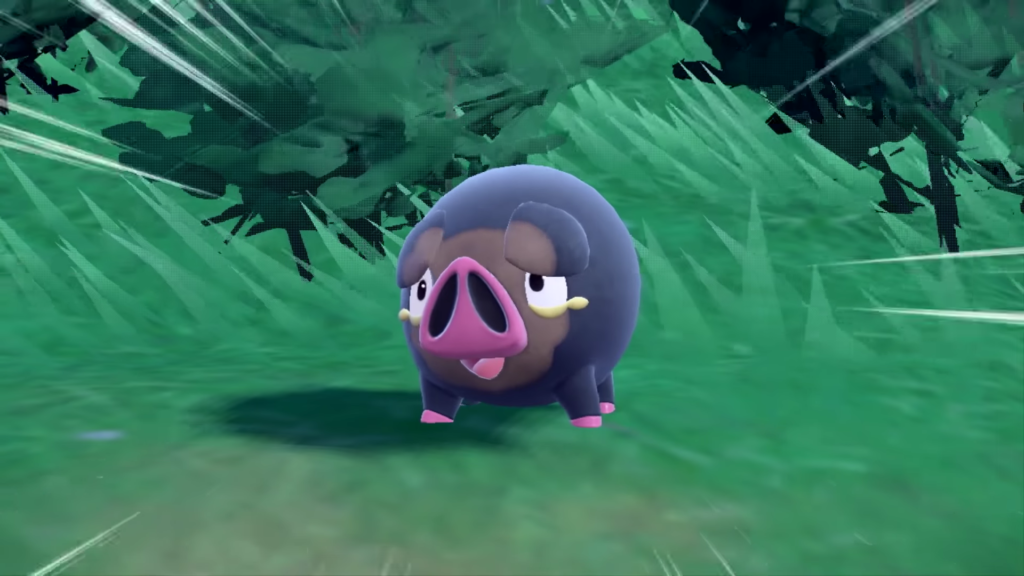 Via Pokémon Scarlet and Violet

After Pokémon Scarlet and Violet’s second trailer dropped, the Internet seemed to collectively become a hive as they proclaimed Lechonk as everyone’s new favorite Pokémon.

Understandably, its sheer adorable design plus its captivating, familiar name cast a spell on Pokémon fans, both dedicated and casual ones.

What is a Lechonk?

Lechonk is a normal-type Hog Pokémon with its description stating “it may appear fat at first glance, but in reality, the Pokémon’s body is mostly muscle built by constantly walking around in search of food.”

The adorable hog is apparently a gourmand with an excellent nose suited for foraging fragrant wild grasses and berries (which makes it smell like what it eats).

Despite being composed of mostly muscle, Lechonks tend to be timid and fainthearted but will charge forward in a panic if startled or attacked by an opponent.

Lechonk Lunacy takes over the Internet

The charming Pokémon definitely became an instantaneous star since its debut.

With that said, we scoured the Internet for the funniest and wittiest reactions from our fellow Lechonk-fanatics. Here’s what we found: 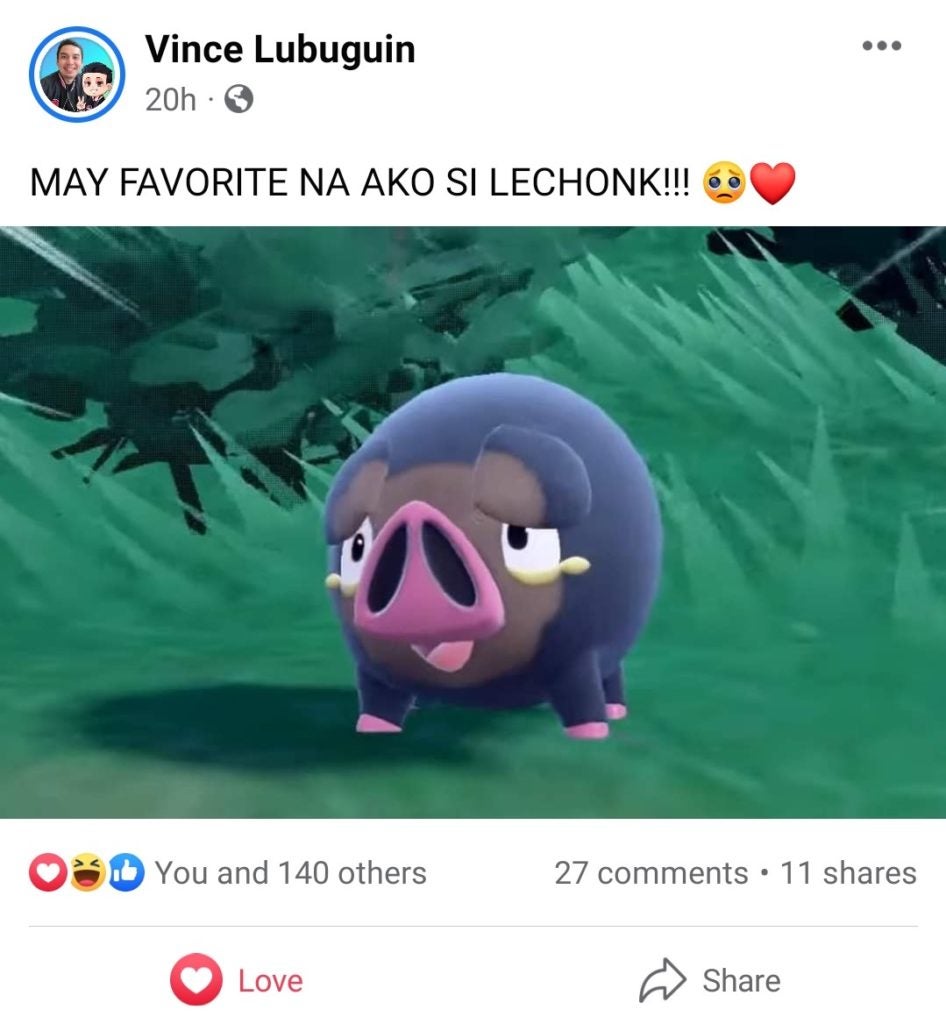 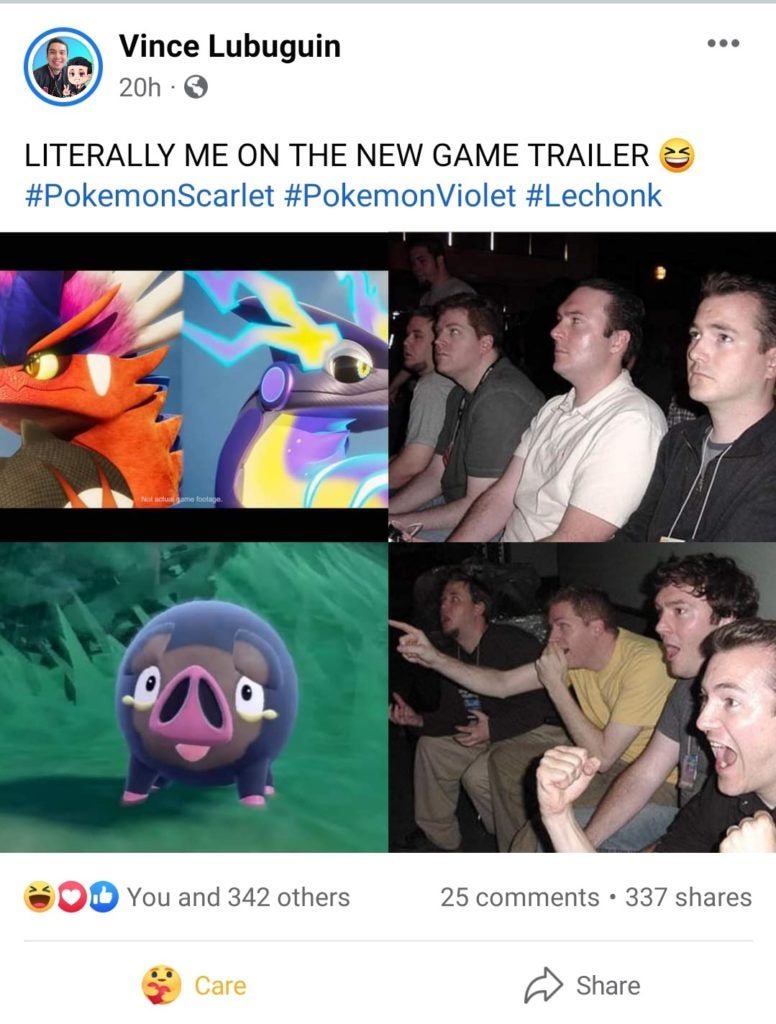 Then we have this edited video featuring celebrity chef and actor Marvin Agustin with Lechonk Cebu (and it sounds super crispy).

Unsurprisingly, Twitter lost their minds with this Pokémon’s name.

Lechonk is the only Pokemon you are legally not allowed to nickname pic.twitter.com/vvP03YCrtb

Lechonk will appear in Pokémon Scarlet and Violet, which is set to be released on November 18, 2022.