RSG Philippines and Smart Omega will carry the flag and compete against the top 12 teams from the region; specifically Thailand, Laos, Indonesia, Cambodia, Singapore, Malaysia, and Myanmar. 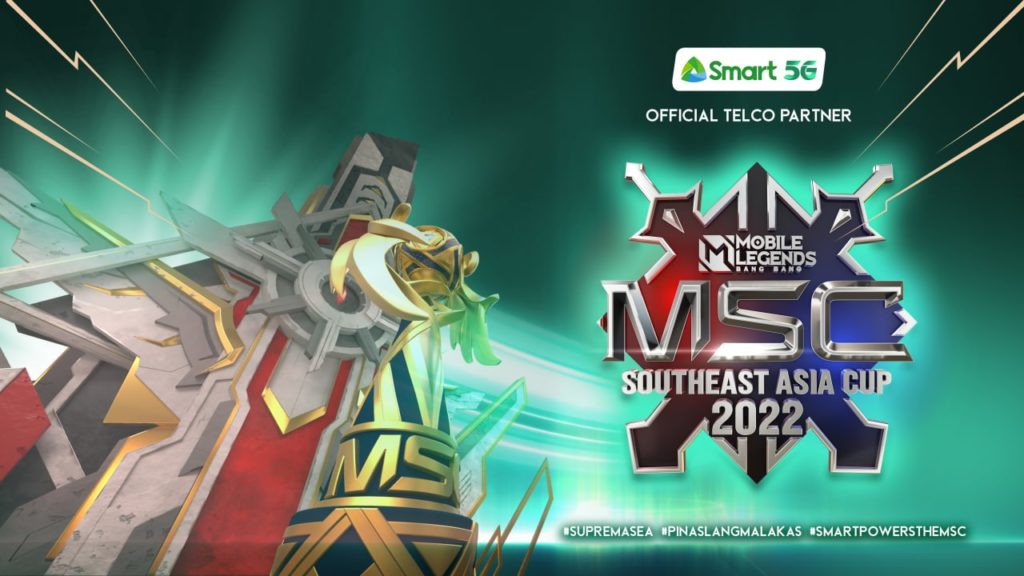 Aside from being proclaimed as the Kings of Southeast Asia, the winning team will take home the lion’s share of the USD $300,000 total prize pool, doubled from last year. Team Execration which is now known as Smart Omega, are the defending MSC champions.

Smart will enable mobile gamers and fans to support the Filipino esports athletes and catch them in all their matches by streaming the MSC Tournament on Smart’s official Facebook Page, aside from Mobile Legends: Bang Bang’s official social media channels.

RSG Philippines and Smart Omega gear up for MSC

Smart’s support for MSC is in line with its longstanding push to promote Philippine esports and cultivate the passion, skill, and talent of Filipino esports athletes and mobile gamers.

Aside from organizing the country’s biggest esports events and backing Filipino esports athletes, Smart supports gamers with relevant data offers and services to level up their gameplay.

Earlier this year, Smart enhanced GIGA Games, which includes data for Mobile Legends: Bang Bang, Facebook Gaming, and many more. Smart Prepaid and TNT subscribers can conveniently register to GIGA Games via the GigaLife App, which is available on the Apple App Store, Google Play Store, and Huawei Mobile Services. Customers may also avail of GIGA Games by dialing *123#.

To join Giga Arena, subscribers can go to gigaarena.smart and create an account using their Smart or TNT mobile number. To join ongoing tournaments, users need to use Giga Arena tickets, which they can earn and accumulate for free for every Giga Games subscription via the GigaLife App or by dialing *123#

Know more about how Smart enables subscribers to level up their gameplay by visiting https://smart.com.ph/Prepaid/whats-new/gigagames.