The legendary squad composed of Josef Brey “Blue” Evidente, John Christopher “Nash” Simbulan Jr., Luke Emmanuel “Lukie” Jorolan, Jacq “Yato” Gelacio Maranga, and mainstays Kevin Miles “Kevsup” Taller and Janzell “Demon” Flores is undisputedly the best CODM battle royale team right now. They are head and shoulders above the rest of the competition and no one seemingly comes close to them or even matches their greatness. 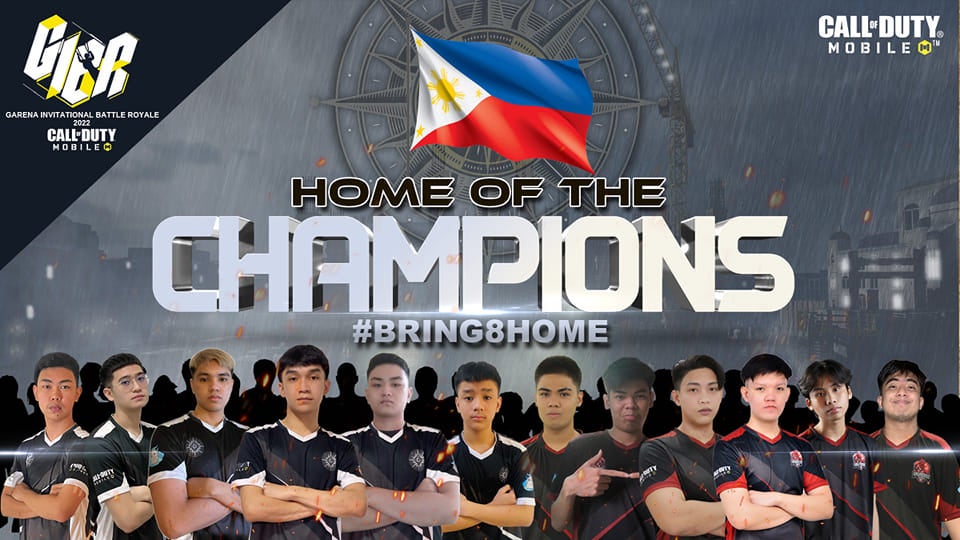 Behind Vagabonds Esports’ supremacy, however, are the players’ stories and perspectives as to how they were able to gain and achieve this kind of success.

Apart from the crazy movements, aiming abilities, high IQ decisions, and top-tier game sense, apparently, the team’s strength attributes to many different factors contributing to their rise at the top.

“What differs us Vagabonds Esports from other teams is that we as a team play with sense and high-IQ gameplay [mautak maglaro],” Nash shared.

“Consistency and discipline like controlling the urge within ourselves to pick the right timing when to engage and disengage in clashes,” 14-year-old prodigy Lukie said.

Lukie and Demon also pointed out that balancing the tournament’s objectives in kill points and place points are essential as well. 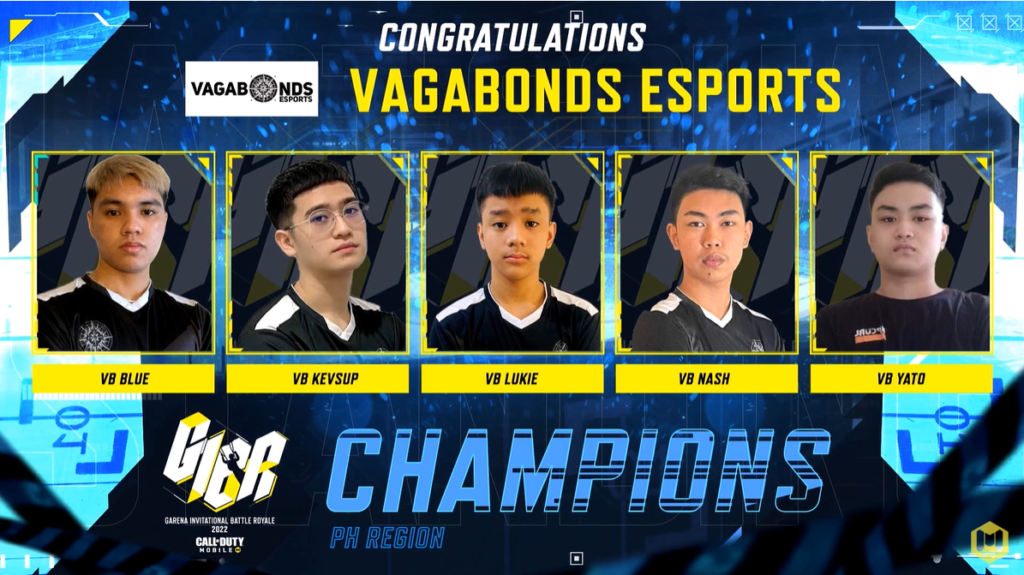 Moreover, when asked about where each of the players draws their strength and will to play, Nash said it’s for the love of his life Rikki, and he plays and does his best in the competitive scene in order to take her on dates.

Some of them also shared their purpose for playing, which included personal interest as well as their own family.

“Actually it’s my interest and hobby to play games ever since, from PC in Crossfire, ROS and then to mobile in PUBG and now CODM. I pursued it because there is pride in winning and for the prizes involved,” Lukie said.

“My family supported me on this hobby of mine [playing games] until I realized I’m gaining something here. This is my passion [playing FPS games] and it’s my dream to be a pro player so when I reached this level I’m in right now I pursued it so that all the time I invested to excel in this won’t go to waste,” Yato and Kevsup added. 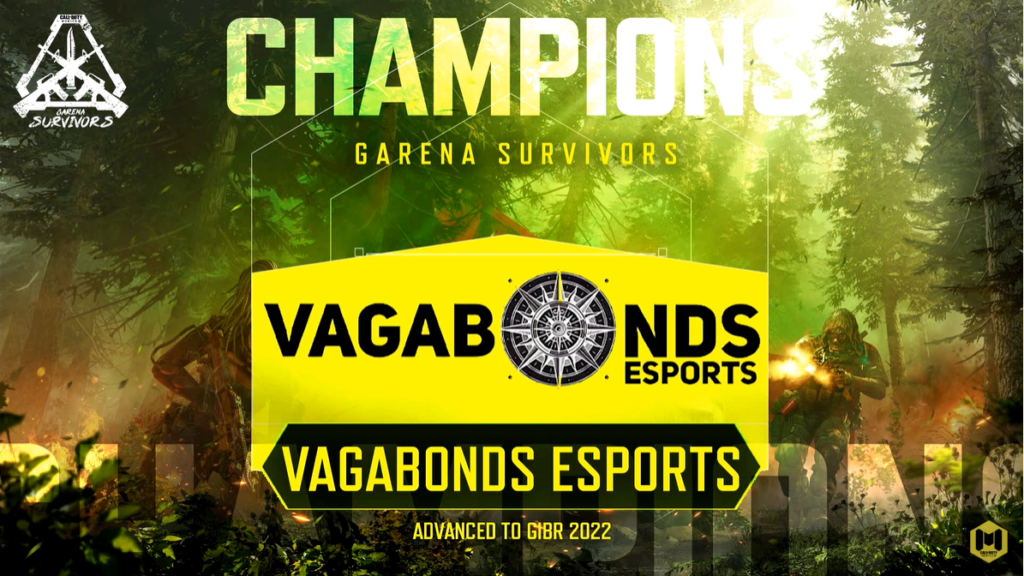 Winning both Garena Survivors and GIBR wouldn’t have been possible without Jacq Levi “Yato” Maranga Gelacio, who was acquired by the team before the two tournaments had started. Team captain Blue shares the impact brought in by their recruit.

“We developed a diverse playstyle [when Yato came in] that we as a team can play comfortably with which had a pretty good effect on our overall team composition,” he said referring to their lineup of Blue-Nash-Lukie-Yato which was labeled by fans as an all-star team because of the firepower and high level of gameplay they provide.

Now that the Vagabonds are on top of the CODM battle royale scene, they are intending to keep it for as long as they can and won’t easily relinquish their spot. They aren’t backing down to any type of challenge their team will face in the near future and they will be always ready for it.

“We’re going to adapt to whatever meta that season provides and we will make sure we can always hang with the best of the best. We’ll have to polish our small and minor mistakes in order to dominate the field for a long time and for as long as we are capable,” Blue said.