Wherever it may be as long as there is competition, De La Salle University’s path will always be intertwined with longtime rival Ateneo de Manila University. The historic and at times bitter rivalry between Green and Blue has seen a lot of memorable matches in the UAAP. With main sports like Basketball, Volleyball, Football, and Swimming, the pride of winning against the other will always be much sweeter given the rivalry’s rich history.

Now, the most prominent rivalry the Philippine collegiate scene has ever seen will showcase their talent in AcadArena, the country’s premier collegiate gaming league. The organization’s Alliance Games will feature La Salle’s Viridis Arcus and Ateneo’s LG Altair to settle the score in Call of Duty Mobile in the so-called ‘UAAP of Esports’.

Both teams take the challenge and will renew their schools’ rivalry as they prepare for their Winners’ Semifinal matchup with a hefty goal: a grand final spot in the offline LAN Esports Grand Finals at the CONQuest Festival 2022. 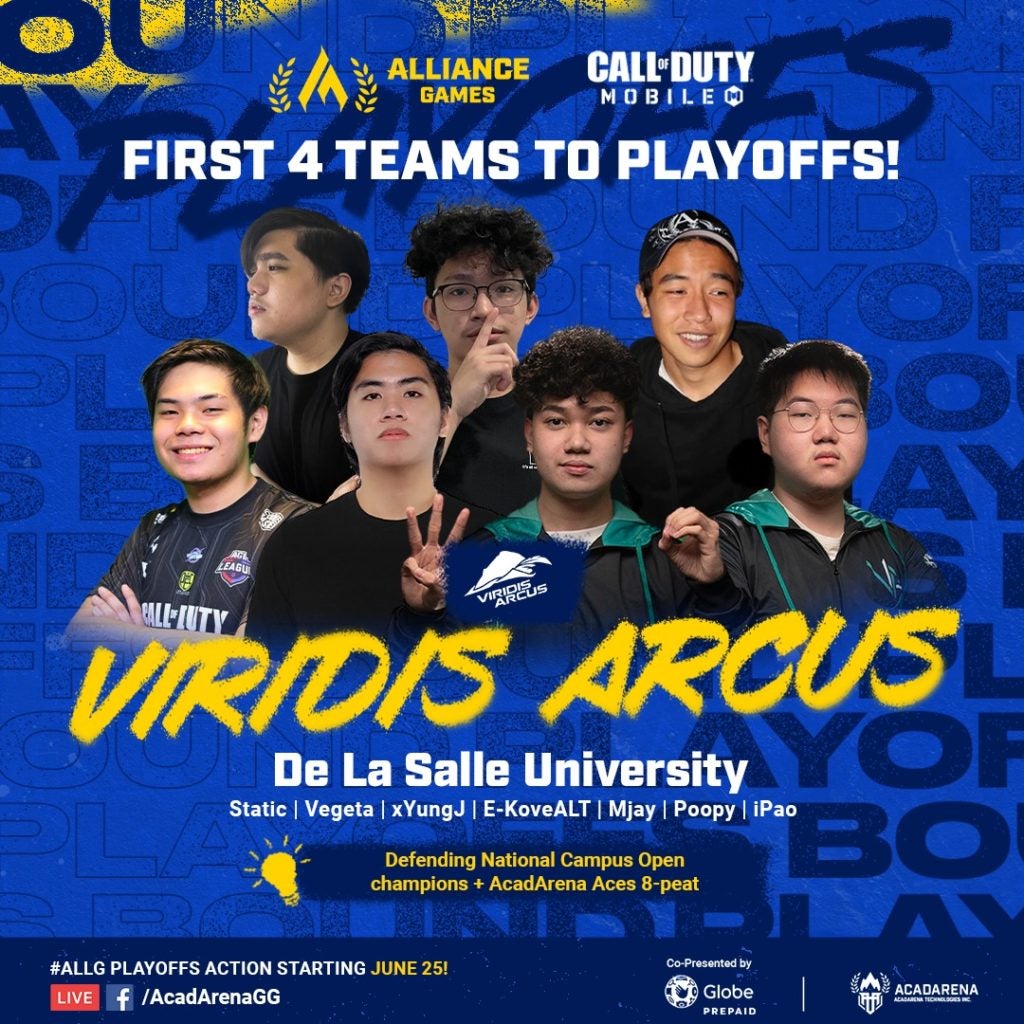 Having the chance to add another chapter to the storied rivalry of both schools on the esports side of things is a surreal feeling to the players of both DLSU and ADMU.

“It feels great to be part of the rivalry and to create a new chapter for it in esports, to see it unfold as a part of PH gaming. The rivalry [between DLSU and ADMU] has been going on for so long now, it feels great to actually be part of it and hopefully, we come out on top,” Gabriel Lorenzo “E-Kove” De La Torre and Markquis “Static” Lim of DLSU’s Viridis Arcus said.

“For us to represent our university in the growing Mobile Esports industry, it becomes an honor to be able to compete against a school, or rival, that is just as competent and capable. The fact that we have the opportunity to add to this storied rivalry is simply a testament to just how well both schools are at attracting and nurturing passion and excellence in whatever field,” Gavin “Gav” Aquino and Nio “Manunu” Lao Siggaoat of ADMU’s LG Altair added.

The winner of this matchup will automatically book a slot in the grand finals in the CONQuest Festival 2022. However, the most enticing part of it is that #CQ2022 will host an offline LAN tournament for its game. This will be the first one of this scale and big tournament in 2 years since the first-ever CODM Philippine Championship way back in March of 2020—hence the huge emphasis on this particular showdown. The players know what’s at stake and are looking forward to the challenge.

“The experience of carrying the school’s banner is overwhelming because we get to represent DLSU in the game we love,” La Salle’s Joshua Angelo “Vegeta” P. Victoriano shared.

“We wanna make sure to bring pride to our school not only for ourselves but to show the esports community that DLSU is a powerhouse in esports and representing them is an honor. We hope to reach the offline LAN finals as it will be the first since the pandemic and will be a lifetime experience for me and my team,” Viridis Arcus’ Lester “Poopy” Tajan added.

“It will be a huge impact for us, not only for the CODM team but the whole Loyola Gaming community. Defeating the tournament favorites will be our statement to other teams that there is one more team that you need to be afraid of. It’s been tough to carry this pressure of representing the school, but every time we face a challenge, we will always prepare for it and make sure that we’re ready. No matter how tough it may be, we will handle it!” 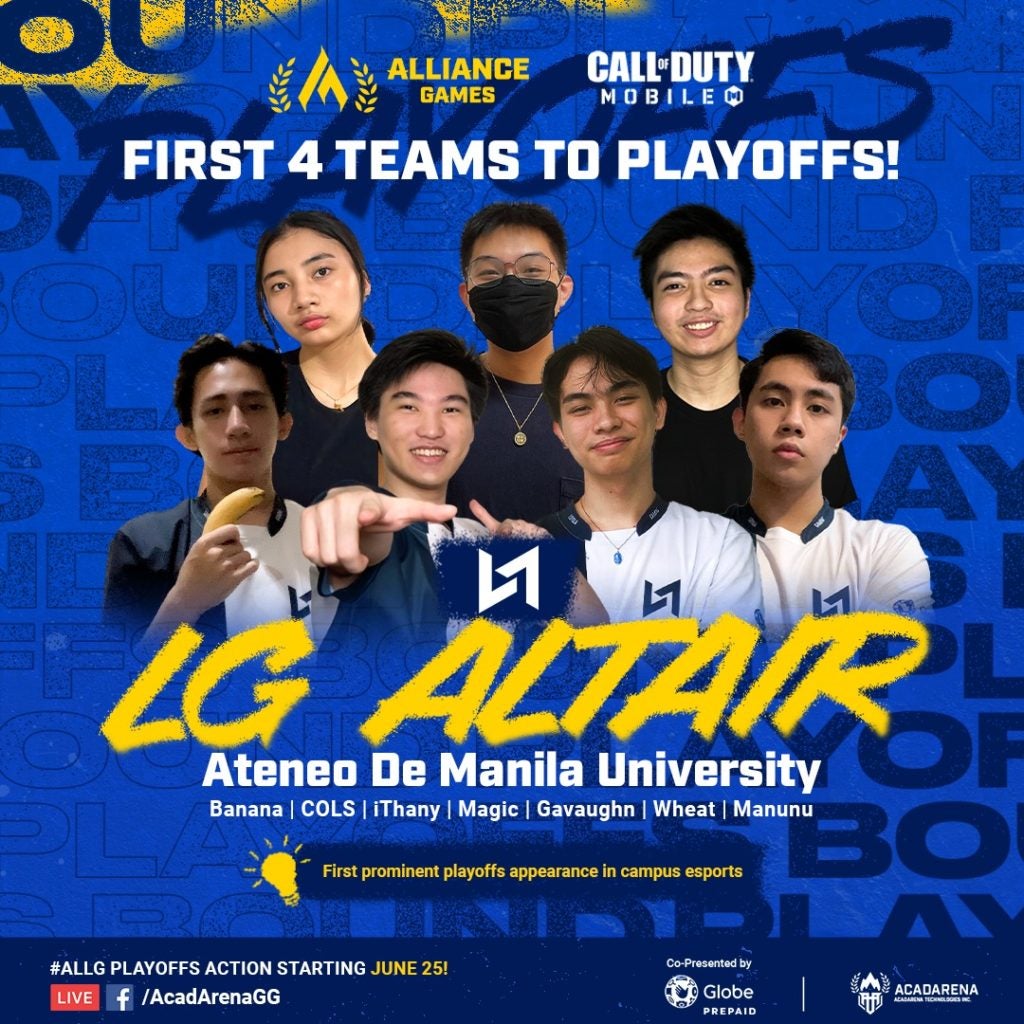 Moreover, for Viridis Arcus and La Salle, the value of not having to go through the lower bracket and getting an outright slot in the finals would be a welcome sight for them.

“It would mean so much to us to get that slot because we have been working and grinding hard just for us to reach the top. This will ensure we do not sweat it out in the lower brackets. This will also make us more comfortable and confident going into the finals,” E-Kove and Poopy said.

For LG Altair and Ateneo, however, winning the matchup would be so much more as it would mean defeating tournament favorites in Viridis Arcus and La Salle. As Manunu mentioned, “the value of sailing through the winner’s bracket is the momentum we would love to have on our side.”

“Many people think it’s an easy win for La Salle because of how stacked their lineup is individually, so if we were to beat them that’s a big ego boost and just proves to everyone that we’re also a team to watch out for,” shares Ateneo’s Coleen “Cols” Valdes Pile, the sole girl competitor in this series.

Finally, the players shared their thoughts and feelings about what it means to them to play in an offline tournament in front of a crowd.

“I think it would be a first for all of us to play in front of a crowd that big. For me personally, it would be a big achievement since there are only a few people that can say they have played in a LAN setting playing their favorite game,” DLSU’s Jerico “iPao” Gurtiza said.

“It would mean the world to me and for sure, my teammates as well. Being in a LAN tournament is no joke, tension is high among the teams and the environment is completely different from usual. Being on stage with some of the best players in CODM truly increases my confidence if ever we do get to the finals. We assure everyone that we will try our best to keep our nerves playing in front of a huge crowd and to bring home the Champ for DLSU,” iPao’s Viridis Arcus teammate Static added.

“This opportunity is very exciting since not only will we play on a stage, but we will also be able to enjoy other events that will be held in CONQuest as well. As someone who watched big esports tournaments like The International (Dota 2) on stream, I’ve always wondered what it will be like to play on a stage right beside your opponent. I think that the pressure will be 100 times greater than online tournaments but for sure we will enjoy it,” LG Altair captain Banana shared.

“It would mean everything to me because it is really my dream to play on stage in front of a crowd. I’m happy just to reach the finals knowing it’s an offline tournament. I feel like if we reached that I would be contented with my CODM journey,” Cols added.

Playing in LAN will almost certainly hit different for La Salle’s Marthur James Adolf “Mjay” B. Bayle as he will be the only person who would be able to experience playing in two different offline LAN tournaments. He once played for VVV Flamma in CODM’s first-ever PH championship in March of 2020 and now he has the chance to play for another. 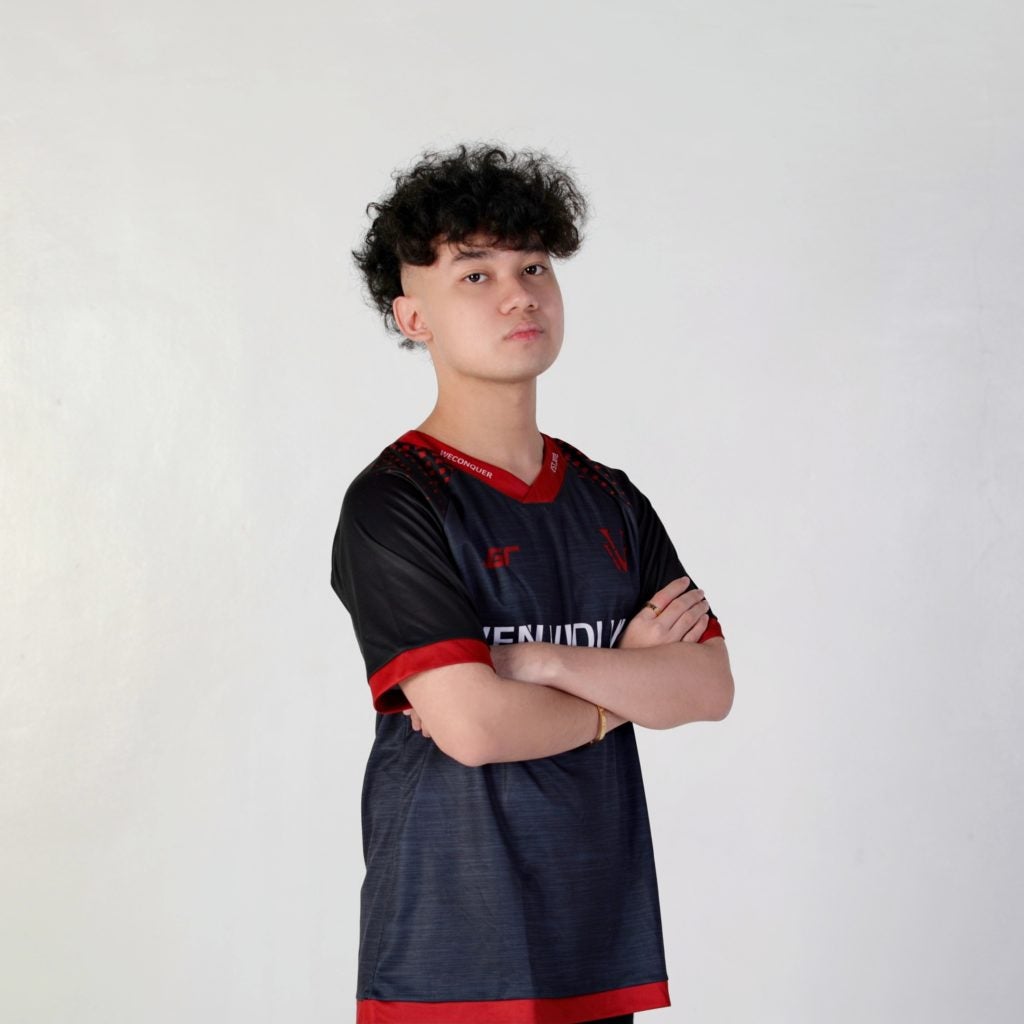 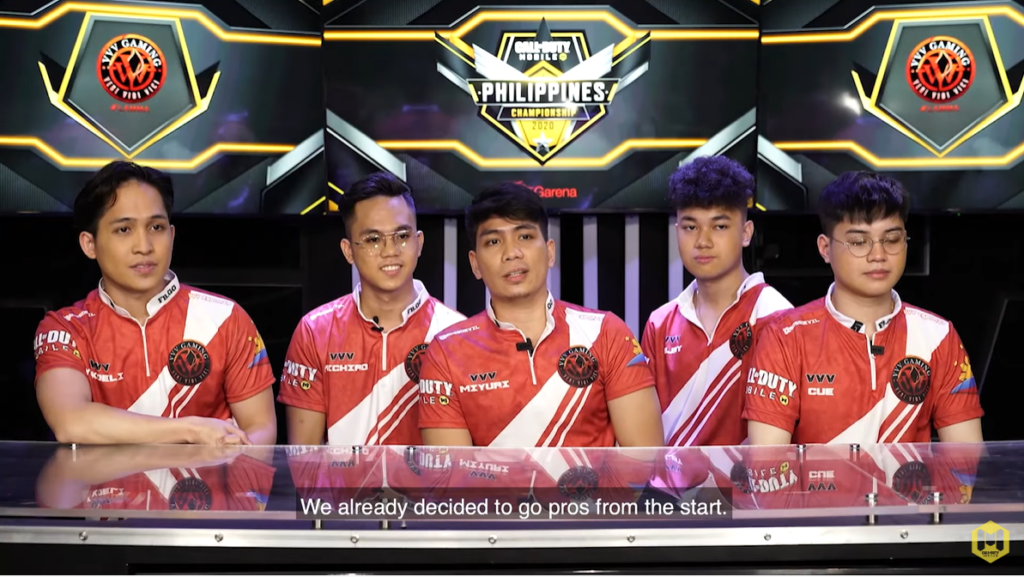 “The LAN feeling was amazing back in 2020 I was with VVV Esports my teammates Miyuri, Cue, Saxy, Michiro, Yokoeli, and Coach Jericho. It had a big fight feel and I felt that it was my time to prove to the community I was really one of the best players. Well if I will experience two major tournaments in a LAN setting, it would be an accomplishment because I always stay in the loop,” Mjay said.