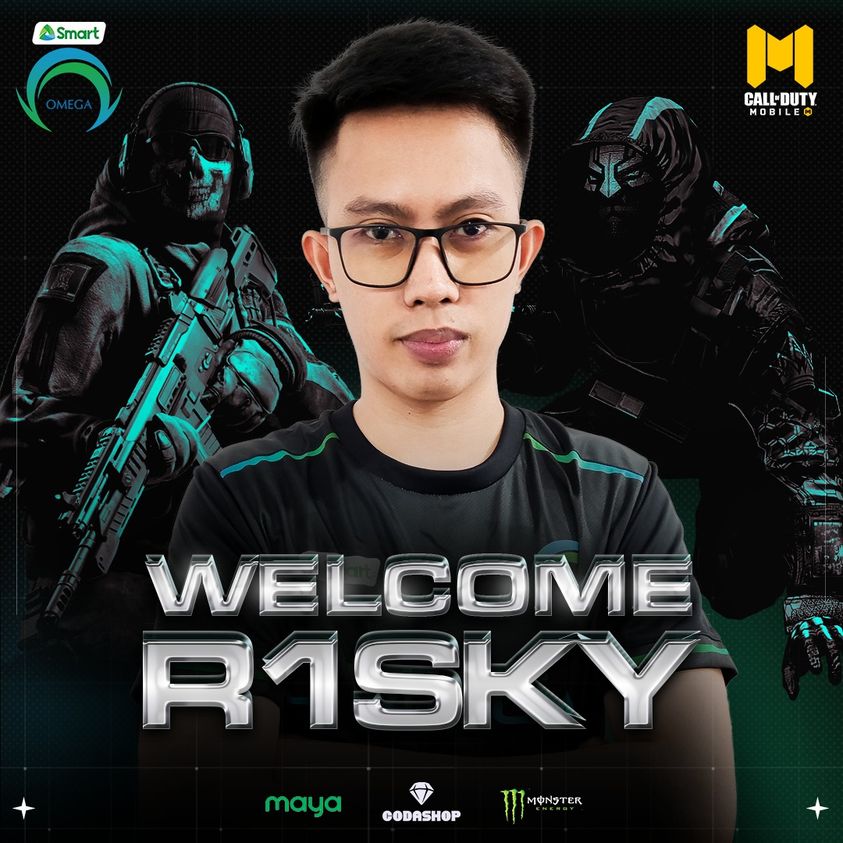 The reigning Garena Masters Season 2 champions made the move in anticipation of playing without Kevin “Kevs” Baguio, who will be ineligible to play due to age restrictions.

“It was so shocking to me at first and I was very excited about it but at the same time, there will be always pressure to deliver and perform at my absolute best. I have to overcome that in order to show my full potential as a player,” he said.

R1sky will join the core lineup of JC “Jayzee” Rivera (captain), Kennedy “IDRA” Mondoy, Jerrold “Woopiiee” Regay, John Kenneth “KenDy” Pimentel, and Ronan “Rage” Eleria which will compete in the tournaments Smart Omega will be joining from here on out.

“Of all of the great aspects and potential R1sky has, his obsession and drive to do anything to get the championship stood out the most,” Device said.

He also mentioned how he will utilize R1sky and fit him into their schemes. “We will do so by taking advantage of his flexibility as an anchor and an all-rounder SMG player.”

R1sky on his end also had something to say on how he thinks he can help Smart Omega and make them better. “I can help [the team] by following the team’s coordination, commands, adjustments and pop-off gameplays,” he said.

“When it comes to iDra and R1sky’s role, I see no conflict at all as we strive to bring the team outside of their comfort zone by mixing up our composition. This includes Jayzee as well. We always want to be as flexible as we can be and we will try our hardest to include everyone in our Main 5 lineup,” Device shared.

R1sky reaffirmed his coach’s words. “My role for Omega is Anchor but it would not be for the whole game since there will be times that I have to adjust for the team. It all depends on the team coordination and strategies,” he said.

Smart Omega and R1sky will now prepare for the Garena Masters 3 coming later this month.