Mojang pays tribute to Technoblade with an Easter egg

Popular Minecraft Youtuber Technoblade passed away after his yearlong battle with stage four cancer last week. His passing was announced by his family in an emotional video posted on his channel titled, “so long nerds,” which shows his father reading his final words to the Minecraft community.

Technoblade started creating Minecraft content 8 years ago and became one of the staple personalities within the community. Techno gained millions of subscribers over the years, primarily because of the humor in his content and his Minecraft tournaments against other Minecraft Youtubers. As his popularity rose, he became part of Dream SMP and had a friendly rivalry with Dream.

Following his death, Youtubers Techno has collaborated with, his fans, his community, and even Mojang shared their condolences. Mojang, Minecraft’s developers, left an easter egg honoring Technoblade’s legacy over the years. The above image is what the MC Launcher looked like. The image below shows the easter egg Mojang added to the launcher art. If you can’t spot the difference, Mojang added a crown to the pig commonly found in the MC Launcher as it directly nods to Techno’s Minecraft skin.

Minecraft Launcher as of July 4th 2022 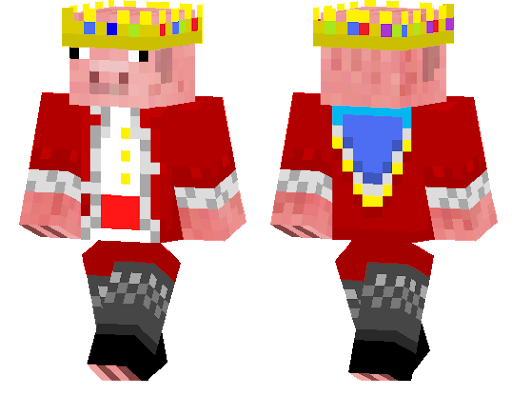 Techno’s Community praised Mojang’s tribute as it serves to commemorate Technoblade’s contribution to the Minecraft community. His unfailing humor brought joy to the community and to the rest of the world who enjoyed his content. Techo thanked his fans in his final words as he hopes that they all go on to live long, prosperous, and happy lives.