It’s been nearly two weeks since Nilah made waves and crashed into Summoner’s Rift, and people have mixed reactions with her kit and overall playstyle. Some people call Riot Games’ newest baby as overtuned, some call her overpowered, while some call her underwhelming and forced. 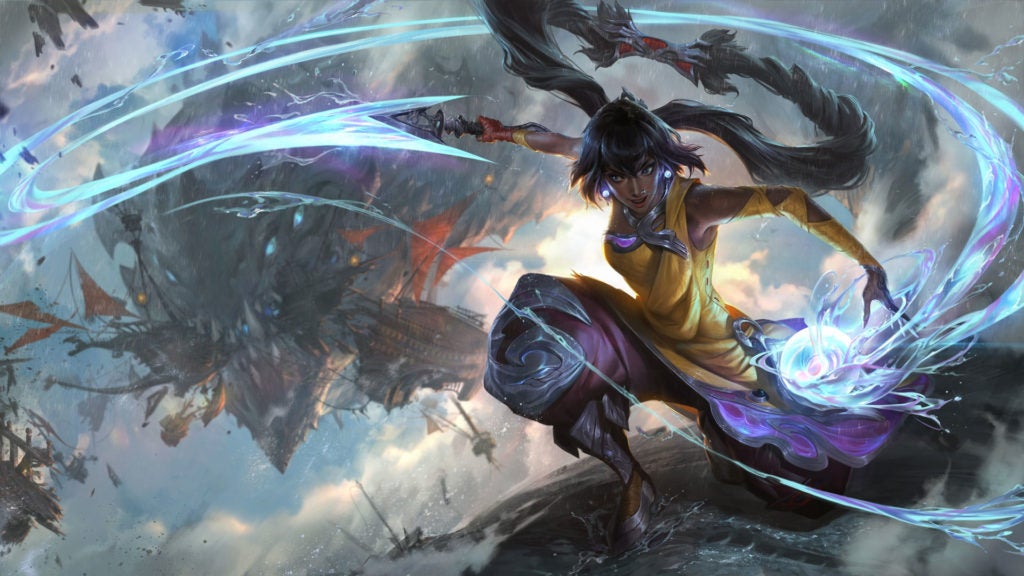 But where exactly does Nilah sit in the meta? How is she relative to the other champions in the ever-growing roster of League of Legends? Is she another result of 200 years of development, or is she “meh”?

When Riot made Nilah, they wanted an actual melee champion played as a botlane ADC. While champions such as Yasuo have seen play in botlane, they wanted a champion whose place was primarily in the bottom, with a support.

With that in mind, Riot developed her kit around the idea of a bottom lane melee champion going head-to-head against long-ranged, projectile-throwing, traditional ADCs. Nilah focuses on surviving the early game, while still being able to engage. As such, Riot decided to give her a gap-closing dash, a shield that provides damage mitigation, and a passive that gives her extra experience.

Yes, you read that right. Nilah’s passive ability grants 50% of the experience lost due to sharing whenever she kills a minion. This means that Nilah and her support would always be a few miles ahead of their lane opponents in terms of experience. As if that wasn’t enough, Riot also decided to make the second half of her passive synergize completely well with enchanter supports. Every time Nilah is healed or given a shield, a portion of it comes back to the provider of the heal or shield. This passive further ties her down to the two-person bottom lane, as it would be pretty much useless anywhere else.

Nilah’s passive allows her to work well with enchanter supports like Karma, Soraka, Janna, and Lulu. The safety cushion of healing and shields helps Nilah utilize her mobile kit and push for trades against the enemy with less penalty.

Moreover, her mobile and engage-heavy kit also makes her work well with engage supports like Rakan, Leona, and Nautilus. Her two-charge dash closes the gap between her and her targets, allowing for easy picks against the usually immobile ADCs that populate the botlane.

Weeks prior to Nilah’s release, Riot had been teasing her as the first melee ADC champion. She was supposedly a “Water Yasuo”, primarily focused on the bottom lane. Months later, Riot would release a teaser cinematic trailer as well as a gameplay and champion spotlight for Nilah. Talks ran amok regarding the new champion, calling her overpowered, overtuned, or simply overhyped.

Nilah’s place in the meta is currently in the middle of being good and being bad. Her stellar performance in lower ranks speaks more for the players’ skills and knowledge rather than her actual viability in-game. In higher ranks, she tends to be weaker, as teams communicate better and can focus on shutting her down early on.

The verdict? Nilah is most certainly overhyped. She may be overtuned, but she is definitely not overpowered.