New Valorant Champions skins transform as you rack up kills

Riot has revealed new Valorant Champions skins that change depending on how well you perform during a match. This limited-edition Champions 2022 skin is said to embody what it means to be a champion that rewards players for their top-tier gameplay. 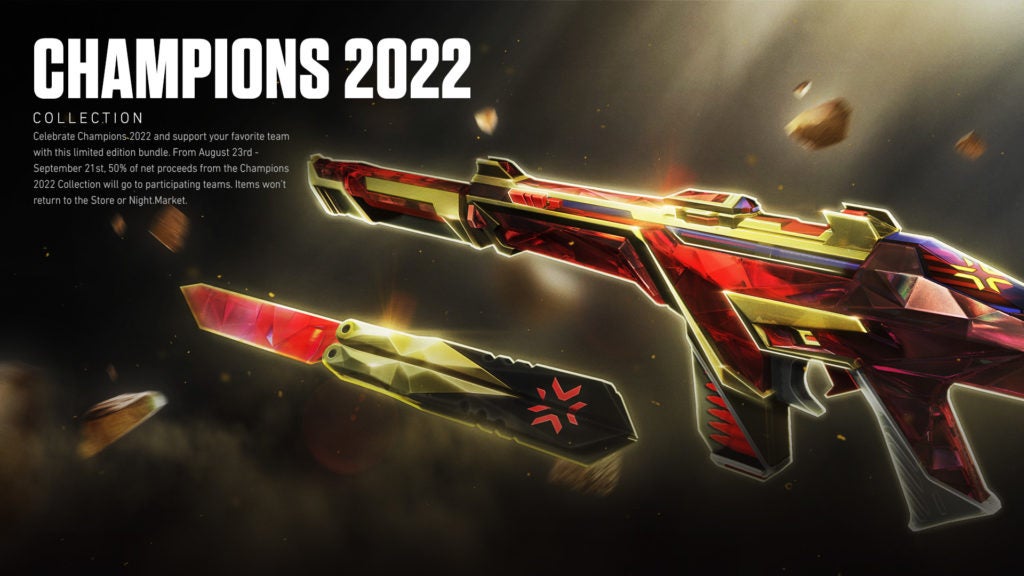 This year’s skin includes a custom model change and additional features as part of the Champion’s aura. This feature is a visual addon that evolves every 5 kills and maxes out at 25.

The bundle comes with a butterfly knife with a special easter egg that triggers whenever you’re top fragging with at least 25 kills.

The bundle’s entire price is 6265VP which also includes the Champions 2022 gun buddy, Champions 2022 player card, and Champions 2022 spray. This bundle is set to release on August 23 and will run until September 21. In similar fashion to last year’s Champions bundle, Riot reveals that 50% of net proceeds from the Champions 2022 collection will go to the participating teams. This collection is limited edition meaning it won’t return to the rotating store or Night market.