The Philippines’ very own Smart Omega and Singapore’s ALMGHTY have now booked their slots to Stage 5 of the CODM World Championship 2022 after a nerve-wracking championship Sunday yesterday, September 18.

‘Best sniper of the Philippines’ Jerrold “Woopiiee” Regay led the way for Smart Omega as he showed up when it mattered the most. He recorded an astonishing 20 kills in the game-winning game 5 Search and Destroy round at Raid to win the game. Woopiiee ended up with the MVP honors as a result. 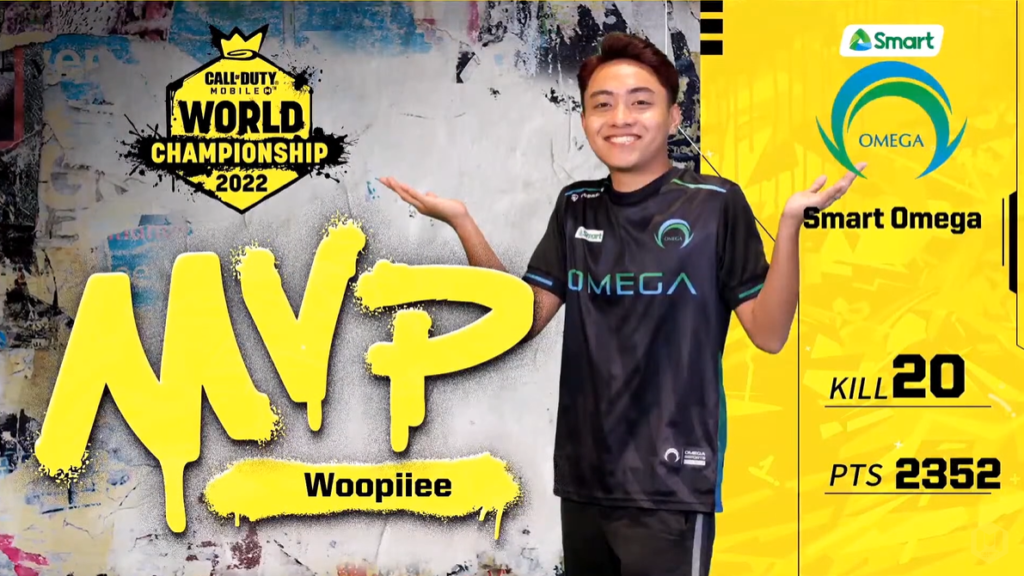 Smart Omega started the series strong as they established an early 2-0 map lead courtesy of wins in Hardpoint at Takeoff (defaulted win due to usage of banned item) and Search and Destroy at Summit (7-5).

Blacklist, on the other hand, bounced back and fought off a rampaging Smart Omega side with a 2-0 map blast on their own, winning in Control at Firing Range (3-0) and Hardpoint at Slums (250-219) to set up a do or die game 5 Search and Destroy at Raid.

That’s when Woopiiee popped off and carried Smart Omega to the win with a final score of 8-6, giving him and his team their second World Championship berth since 2020.

With their qualification to the CODM World Championship, Smart Omega fulfills not just their dream, but deceased coach Kyaaah’s dream of playing on the world stage. 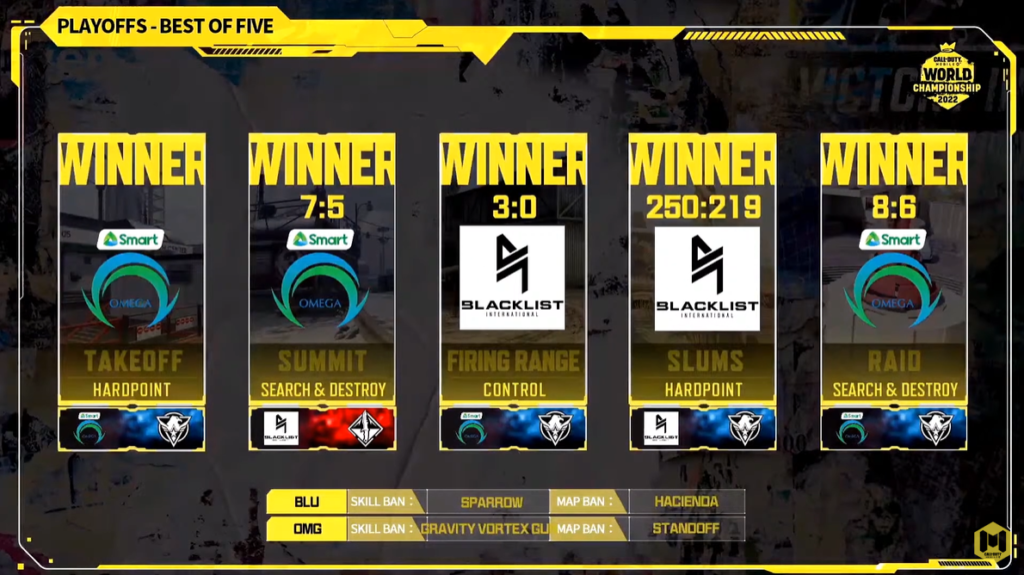 Up next for Smart Omega and ALMGHTY is the CODM World Championship slated later this year in December with the location yet to be revealed.