The country’s biggest campus esports tournament, AcadArena’s Alliance Games, has commenced its second split and the first batch of results from week 1 of the CODM play-ins are in. 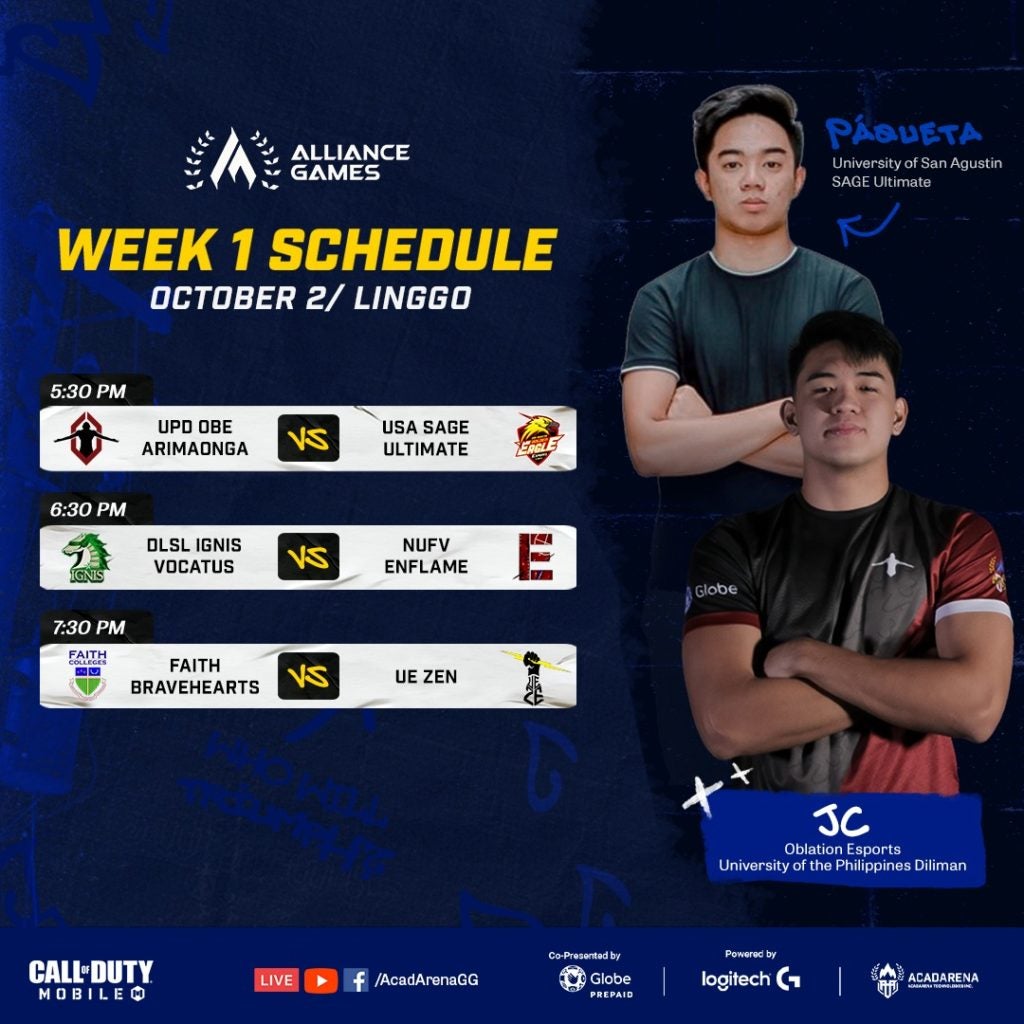 In the first matchup, the University of San Agustin’s (USA) SAGE Ultimate swept UP Diliman’s Oblation Esports 3-0. USA defeated them 250-53 in Hardpoint at Firing Range, 7-1 in Search and Destroy at Raid, and 3-0 in Control at Firing Range.

The second matchup saw yet another sweep as FVE of National University-Fairview stamped Ignis Vocatus of De La Salle-Lipa 250-36 in Hardpoint at Firing Range, 7-4 in Search and Destroy at Firing Range, and 3-1 in Control at Slums to win 3-0.

In the third and final matchup of the day, FAITH Bravehearts earned a hard-fought victory against University of the East’s UE Zen, 3-1. FAITH won the first two games, 250-235 in Hardpoint at Summit and 7-3 in Search and Destroy at Raid then UE bounced back with a win in Control at Summit, 3-2. FAITH then finished the matchup off in game 4 by scoring a 250-194 in Hardpoint at Firing Range.