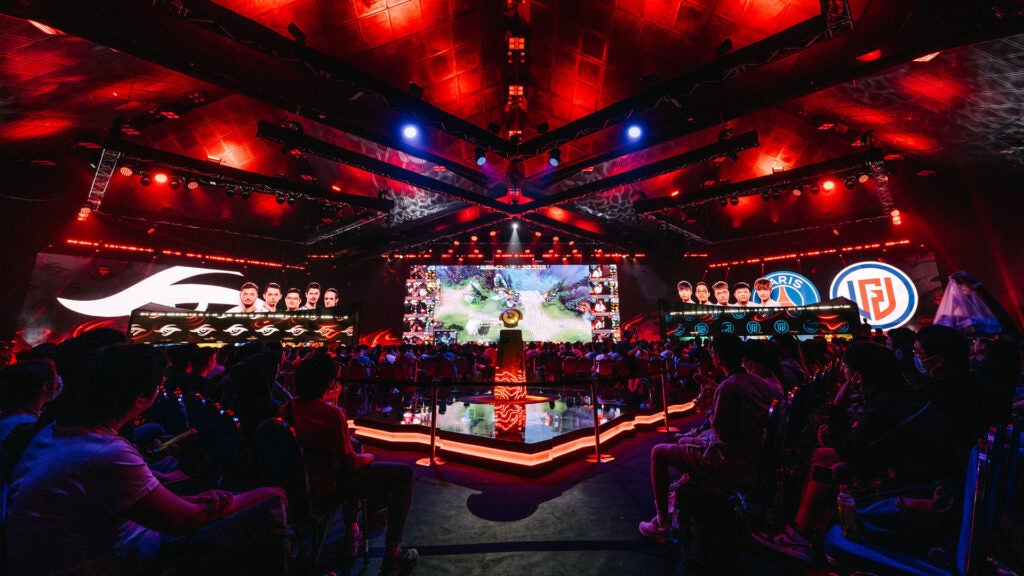 Fnatic Chief Growth Officer Patrik “cArn” Sättermon recently tweeted that the organization filed a formal report regarding the integrity of the TI11 playoffs. The formal report concerns production issues that allowed both teams to hear the casters while in-game.

Multiple players have confessed to hearing caster audio during the game, including Gaimin Gladiators player Anton “dyrachyo” Shkredov. In a post-game interview, he states that he could “hear everything” casters were saying throughout the game. This the first The International event where teams play in an open space, with the production opting for noise-cancelling headphones to prevent external audio leaks. However, the headphones fix doesn’t seem to have helped their cause.

dyrachyo in a post-match interview:

“[Since there are no boots,] it's really awkward. You can hear absolutely everything the casters say. Any smoke or rune. Seleri says: "They have DD." He also says: "They are in smoke."

PSG.LGD player Zhao “XinQ” Zixing also stated on his Baidu account that he could hear what they were saying, but he could not understand. The “they” in his statement seems to refer to the casters present in the area live-casting the games.

XinQ:" We can hear, but don’t understand" from DotA2

Aster co-founder and DotA legend Xu “BurNIng” Zhilei stated in his BiliBili livestream that his players had reported the audio issues to PGL. However, the tournament organizers have not responded to the team regarding the issue.

Burning: "Aster has reported the soundproof problem to PGL. However, there has been no feedback so far. At worst, Aster players try to learn some keywords like "smoke" or "roshan". " from DotA2

“How to solve this issue? Ask casters to shut up or ogranizers to buy better sound proof headphones immediately. As an established organization, it is ridiculous to still have such issues still,” said BurNIng.

The Dota 2 community is split over the issue. While others agree with Fnatic’s concern, others have said that the team could have also benefitted from the audio leaks from the casters.

Fnatic’s Dota 2 team manager said that while the team could hear sound leaks from outside the booth, they “couldn’t hear anything clear and instead raised their TeamSpeak volumes and focused on the game”. This is in response to some fans saying that Fnatic could hear the casters as well.

Our players could hear sound leaks but couldn't hear anything clear so they instead raised their teamspeak volumes and focused on the game.

To be clear: Our loss is on us and blame nothing on GG. This is solely filed in the interest of competitive integrity https://t.co/W6iBgXosdp

Tundra Esports head coach Kurt “Aui_2000” Ling stated that the audio issues were fixed on the second day of the playoffs. He asked Tundra Esports’ players if they could hear anything from the outside, to which they responded with a no.

None of the tundra players I asked could hear casters during our match yesterday. Could hear crowd hype and vibrations but not make out what the casters were saying

Hearing caster audio in-game plays a huge part in a team’s decision-making during important objectives or team fights. Some may have even speculated that this lapse in technical check-up might have cost some teams their TI11 runs. If this issue prevails until the next rounds of the playoffs, this will prove to be an advantage for English-speaking players, as they could pick up the slightest comments from casters and make decisions around it.

Valve and TI11 production organizer PGL are yet to release a statement regarding the alleged production issues during The International 11 playoffs.