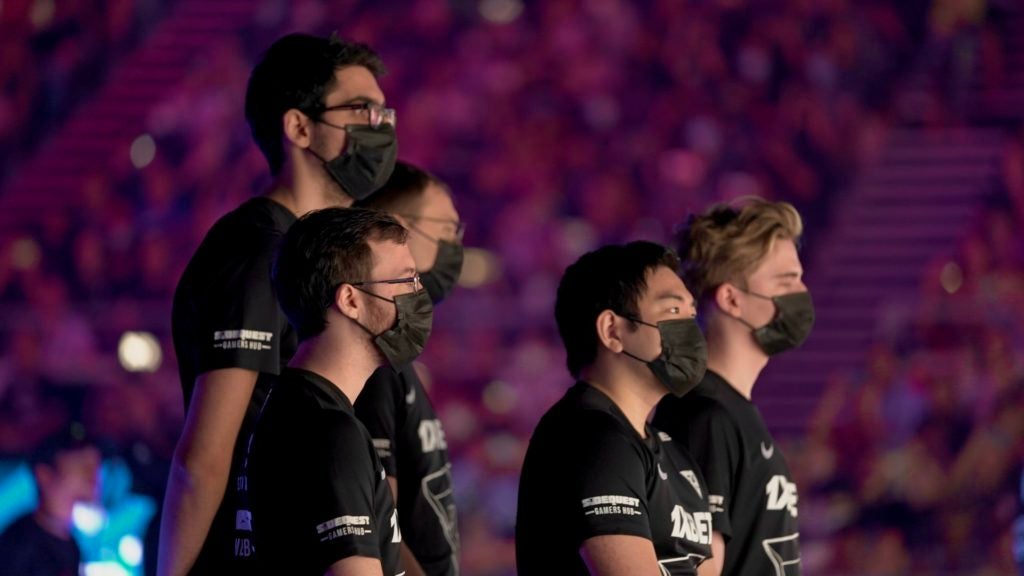 The International 11 Finals weekend kicked off yesterday, October 29, after a 5-day long break. The weekend started with the final TI11 Chinese contender Team Aster facing off against the LCQ squad Team Liquid. The second series of the day was a titanic clash between upper bracket teams Tundra Esports and Team Secret.

Aster bows out of TI11

However, the Chinese team bounced back for game 2. Lasse “Matumbaman” Urpalainen’s Morphling could not do anything against Ori’s Pudge and a farmed Sniper on Du “Monet” Peng. The game ended with a 33-10 score in favor of Team Aster, with 20k gold separating teams.

“We let Matu choose his last hero for his career and he chose NS,” said Liquid coach Willaim “Blitz” Lee when asked about the draft choice for game 3. Team Liquid ran with a melee lineup, focused on team fights and around Matumbaman’s night-time power spike as Night Stalker. They then proceeded to stomp on Team Aster, with Matumbaman going 11-0 on a hero he has played a total of 5 times throughout his entire Dota 2 career.

Team Liquid runs over Team Aster, sending the Chinese team home and advancing themselves into the lower bracket finals.

Tundra rolls out an avalanche

Team Secret faced off against fellow EU team Tundra Esports in the upper bracket finals. Both teams had a smooth 11-0 run leading to the finals, sweeping any team they faced along the way.

Game 2 would be the time Team Secret began popping off and feeling themselves. Roman “Resolution” Fomynok’s Dawnbreaker whirled its way towards victory, trampling Tundra along the way. Skiter’s Terrorblade was unable to farm fast enough to stop Team Secret from snowballing into the mid-game. Crystallis’ farmed Drow Ranger wasn’t the highlight of the Secret lineup but he played his part as the main damage dealer, helping Resolution from the back line.

Resolution secured the Dawnbreaker pick for game 3, and it seemed like a good omen for Team Secret. They then dominated the early game, picking up kills in the top and mid lane, creating space for Crystallis.

However, Tundra would not go down so quickly. A neatly timed Black Hole from Neta “33” Shapira’s Enigma wipes out 3 of Secret’s heroes and wipes out the whole Radiant team. This single team fight allowed Tundra to scale into the mid-game, securing crucial vision control on the map and taking objectives.

Team Secret then calls “gg” after a clash in their base ends with the Divine Rapier on Crystallis dropping into Tundra’s hands.