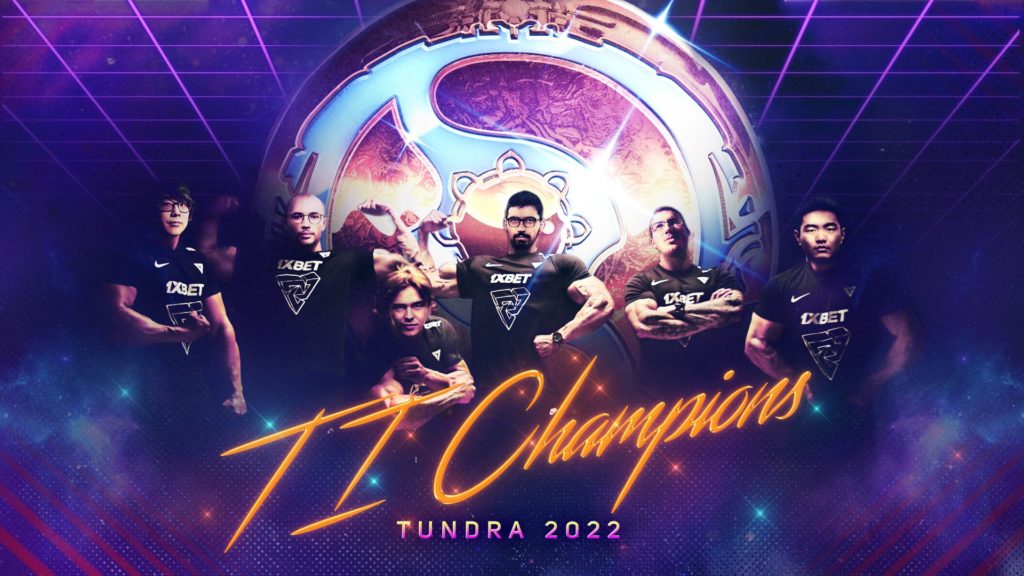 Game 1 saw a Naga Siren pick for Tundra Esports. The team picked around the strong play-making potential of Song of the Siren with heroes like a Mirana for escape and a Tidehunter for a strong follow-up after the song. Team Secret, on the other hand, picked around Michal “Nisha” Jankowski’s Leshrac, with space-creating heroes like a core Pudge and an offlane Enigma.

Oliver “Skiter” Lepko’s Naga Siren picks up his item timings virtually unopposed, becoming a late-game threat that Secret’s cores could not deal with. With that and a 37k gold lead on Tundra’s side, they take the first win away from Secret’s hands.

A flux in momentum

As a testament to how strong the hero was this TI, Team Secret once again picked a Leshrac as the first pick, straying away from their usual strategy of picking heroes for “Puppey” Ivanov first. Tundra then tried to counter a Leshrac mid by picking Arc Warden. The final pick by Tundra forced Nisha to pick a Morphling, relegating the Leshrac into the offlane for Roman “Resolution” Fomynok instead.

Team Secret’s superior vision placement allowed them to control the map early on and secure an early Aegis 15 minutes into the game. However, Nine’s Arc Warden farming unharmed proved to be a problem for Secret later on in the game. Several out-of-position plays by Secret get punished as a farmed Nine easily melts both of the team’s supports. This created a flux in momentum, shifting it in their favor. Nine simply shows up to a team fight with an Octarine Core and a Gleipnir and destroys Team Secret.

A little courier bug for Wu “Sneyking” Jingjun paused the game for a good few minutes, but this did not stop the momentum that Tundra Esports built up. The team then proceeds to charge towards Secret’s base and pummel their structures, taking another win for themselves.

Team Secret picks Naga Siren for themselves in game 3. Remco “Crystallis” Arets currently has a 49% overall win rate on the hero. Tundra reacts to the Naga pick with their own slithering hero, Medusa. With both teams’ cores being hyper-carries, Tundra and Secret draft the four remaining heroes with a space-creation setup in mind.

The early game was much slower for both teams, with Medusa and Naga soaking in experience and gold in their lanes. The four other players focused on dragging enemies away from them.

Tundra starts to chip away at Secret’s top lane, whittling down their tier 3 tower and eventually, the barracks. With a 17k gold lead, Tundra lied in wait for a mistake on Secret’s side to end the game.

And their efforts paid off. A final clash in Secret’s mid lane wipes out most of Team Secret.  The game is over. Tundra take the championship title by sweeping Team Secret 3-0.  The team breaks Kyle Freedman’s Twitter curse.

ARE WE BREAKING THE CURSE?! IS IT HAPPENING?! pic.twitter.com/unlPilBjn6

Despite Nisha’s outstanding performance on Ember Spirit, Secret fell to a farmed Medusa, and a Tiny-Pangolier hard engage that could disrupt any countermeasures the team planned against Tundra.

Tundra Esports come off victorious in their first-ever TI win, with Sneyking and Martin “Saksa” Sazdov finally grabbing their first TI Aegis after coming so close. The team will take home $8,451,051 or PHP491,048,318.36.